The revisions are summarized in the underlined texts in the charts as follows: 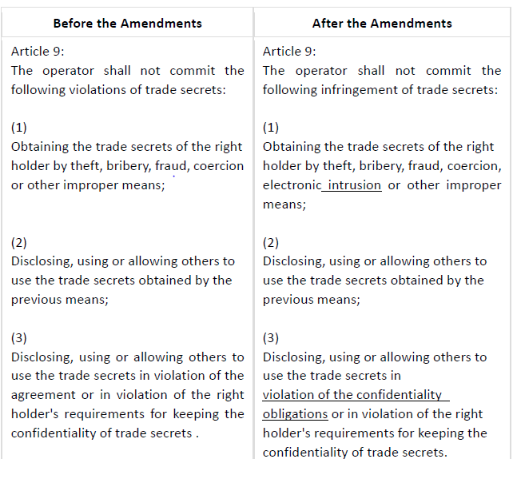 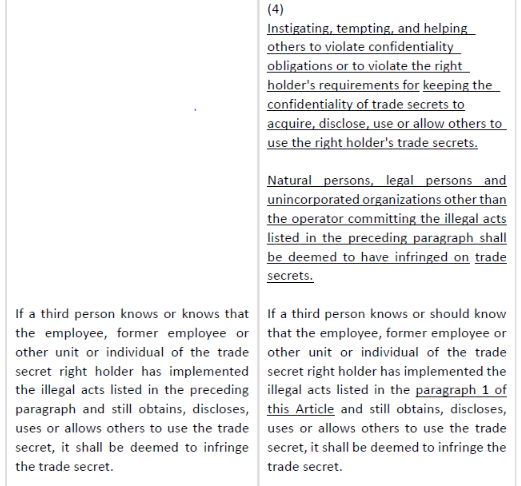 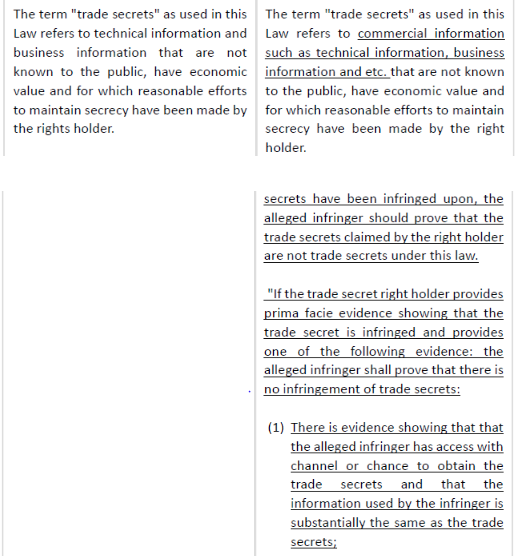 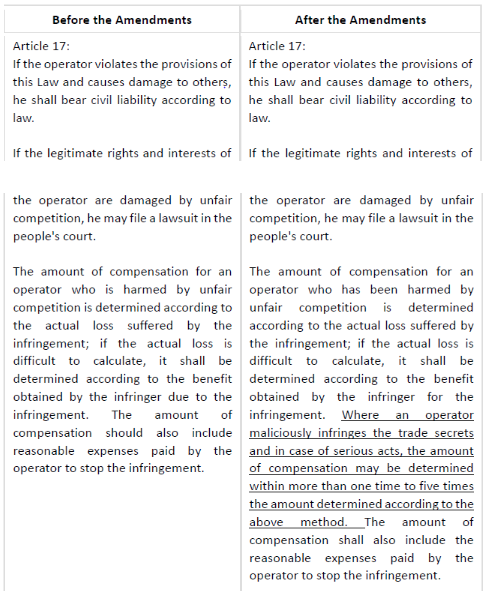 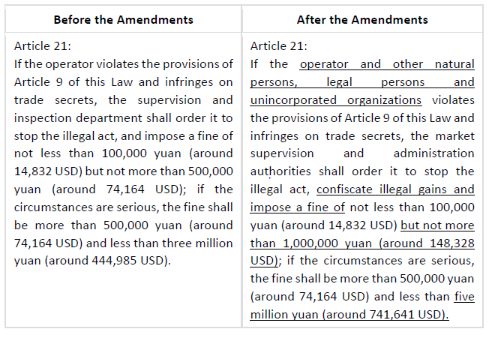 Trade secret is important asset and critical infrastructure of incredible value to IP right holders and in some cases, is vital to business survival and sustained success in the cold-blooded cut-throat market competition. “That's why the formula for Coca-Cola was never patented. They kept it as a trade secret, and they've outlasted patent laws by 80 years or more.” as it is explained by Mr. Craig Venter, American biotechnologist, biochemist, geneticist, and businessman. The statistics in the annual White Paper on IP Protection released by the PRC People’s Supreme Court shows the steady growth of unfair competition lawsuits in China and a drastic surge at 63.04% in 2018 compared to those in 2018. The revisions to the PRC Anti-Unfair Competition Law focus primarily on trade secret protection with more heavy-handed penalties for the violators and increased damages for the IP right holders. 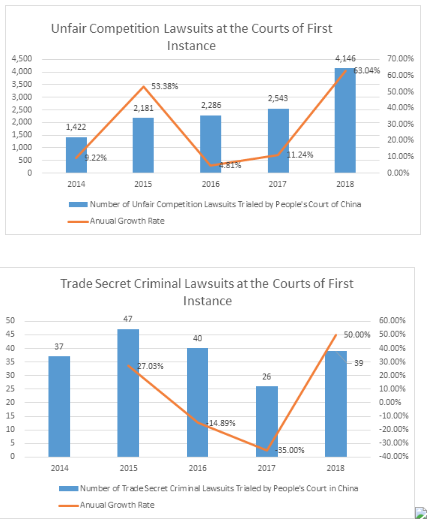 While protecting trade secret with special procedures for handling it, technological and legal security measures and legal protections including non-disclosure agreements (NDAs), and work-for-hire and non-compete clauses etc. to ensure that “The only secrets are the secrets that keep themselves”, the IP right holders may re-evaluate strategy to make the maximum benefits from the improved trade secret protection under the revised PRC Anti-Unfair Competition Law.