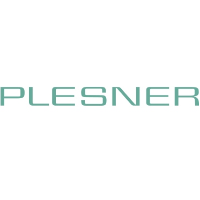 On 27 March 2019, the majority of the parties in the Danish parliament agreed to strengthen efforts to tackle financial crime. The agreement is expected to be transformed into law within the next year and will entail more rigorous requirements, primarily in terms of compliance with anti-money laundering regulation. The new agreement promises more "proactive" and "aggressive" supervision. In this Insight we will provide an overview of the essential elements of the agreement.

As part of the follow-up on cases in recent years concerning failure to comply with the Danish Anti-Money Laundering Act, the parties in the Danish parliament, apart from the parties Enhedslisten (the Red-Green Alliance) and Alternativet (the Alternative), entered into an agreement on 27 March 2019 to make regulation stricter as regards financial crime, including in particular compliance with the Danish Act on Measures to Prevent Money Laundering and Financing of Terrorism (the Anti-Money Laundering Act). The agreement lists 16 specific initiatives that, in the words of the parties to the agreement, and in a remarkable departure from traditional Danish supervisory practice, is to grant the Danish Supervisory Authority (the FSA) "a more proactive and aggressive method of supervision". The most significant/most innovative initiatives are:

In addition to these specific initiatives (and several other), endeavours will be launched to analyse ia the possibilities of increasing the standards of both criminal liability and liability in damages for members of management and other key management personnel for violations of the financial regulation, in particular in the light of the Danish Supreme Court’s judgment in the Capinordic-case.

We will address the individual initiatives more thoroughly below.

Appoint of a qualified person

The FSA can exercise the possibility of appointing a qualified person if (i) the FSA has issued orders etc due to inadequate measures to combat financial crime, or (ii) the FSA finds that there is a pressing need to monitor a financial undertaking for the purpose of uncovering potential risks of financial crime. The mandate of the qualified person will be determined by the FSA and may include monitoring daily operations and attending board meetings. A qualified person may be appointed for "a brief period" but it is understood that such a "brief period" may be extended if there is basis for doing so.

It is worth noting that a qualified person may be not only an employee with the FSA but might also be external persons having the relevant capabilities such as lawyers, auditors or financial advisors. It is also worth noting that initially it is understood that the possibility of appointing a qualified person will be restricted to matters related to (potential) financial crime. However, it has been agreed that this part of the arrangement is to be included in the planned evaluation of the anti-money laundering area in 2020/2021, and that it is to be assessed in that connection whether the arrangement is to be extended to also apply to other possible violations of financial regulation (for example, failure to conduct due diligence in terms of credit control, uncertain funding structure, inadequate compliance function or other matters not necessarily related to financial crime).

Prohibition against taking on new customers

The FSA already today has authority to order a bank to stop loan growth in case of a risk of non-compliance with capital requirements. With this initiative, a parallel arrangement for all financial undertakings in case of violation of "key rules with regard to anti-money laundering" is introduced. The prohibition against taking on new customers will apply until the undertaking is able to prove that it complies with anti-money laundering regulation.

In the light of the Danske Bank case and the significant disagreement between the financial regulators about the division of responsibilities in connection with cross-border supervision in connection with anti-money laundering that was revealed by the case, it is worth noting that it is expressly understood that the FSA is to be able to exercise this new possibility not only with regard to a Danish financial undertaking but also with regard to its foreign branches (which according to the Anti-Money Laundering Act and the 4th Anti-Money Laundering Directive as a starting point is otherwise subject to the host Member State's anti-money laundering regulation).

It is clarified that agreements must not been entered into with employees in financial undertakings preventing them from reporting information or potential violations of financial regulation to the FSA.

Introduction of a waiting period

If a member of the FSA's management or other employees with "special duties" wish to find employment in the financial sector (including financial trade associations) they will in the future be subject to a waiting period before they can take up a new position. The waiting period for members of management will be six months, whereas it has not been clarified yet how long the period should be for other employees (but it will as a minimum be two months). Likewise, the meaning of employees with "special duties" is not clear but the term must be assumed to include at least employees at office manager level.

An active, general duty of disclosure and a duty to rectify information at one's own initiative

Modelled on the British example, an active, general duty of disclosure is introduced obliging financial institutions to inform the FSA at their own initiative of any matters that such undertaking "must recognise are crucial to the FSA's supervision of the undertaking". The duty applies to all matters and is thus not limited to, for example, anti-money laundering regulation. Moreover, an express duty will be introduced for financial undertakings to rectify, at their own initiative, information previously provided if it comes to the attention of an undertaking that information provided previously is incorrect or inadequate.

The new duty of disclosure - and in particular the fact that it must be expected to concern potentially criminal matters in many situations - brings into focus the issue that also (financial) undertakings are generally protected by the privilege against self-incrimination, and the extent of the envisaged enforcement of the duty of disclosure if information concerns potentially criminal conduct does not appear clearly from the agreement.

Similar to that which applies today in certain other areas of financial regulation, the FSA will be allowed to issue administrative fixed-penalty notices for violation of anti-money laundering regulation. It will be a condition for issuing administrative fixed-penalty notices that (i) there is a "clear infringement of the law" to the effect that the assessment of evidence does not give rise to significant doubts, and (ii) it is not found that a criminal investigation would lead to a higher penalty.

The maximum sentences for ia providing incorrect or misleading information to an authority and certain gross violations of the Anti-Money Laundering Act will become stricter and will be synchronised from, typically, four months to two years. The maximum sentences are further increased to three years if the violation has been committed by members of the management of a SIFI.

At the same time, the period of limitation for undertakings' provision of incorrect or misleading information is extended to five years (corresponding to that which applies to individuals today), and the period of limitation for gross violations of the Financial Business Act or the Anti-Money Laundering Act is extended from five to ten years. It does not appear from the agreement whether the extension of the periods of limitation is intended to have effect with regard to violations already committed (which are already time-barred according to the current rules or which will become time-barred earlier under the current rules) but it would probably not be compatible with the prohibition against punishment with retroactive effect in Article 7 of the European Convention on Human Rights.

Creation of a central customer due diligence platform

The FSA will cooperate with the financial sector to create a "common infrastructure that will strengthen the financial undertakings' processes with regard to customer due diligence". It is not clear from the text of the agreement whether it is aimed at establishing a common KYC database as the sector has requested for many years, or whether it will be a more limited project based "only" on the work already done by the sector for the purpose of establishing a common database of Danish PEPs.

Citing the Danish Supreme Court's judgment in the so-called Capinordic-case (establishing that a stricter standard of liability does not generally apply to the management of a financial undertaking compared to that of a non-financial undertaking), the agreement describes the present state of the law as "unsatisfactory". The aim of the working group is therefore to determine the possibility of holding members of management and key management personnel liable to a higher degree for violations of financial regulation, both sa regards criminal liability and liability in damages.

If the working group's proposal results in significantly stricter criminal liability and/or liability in damages for members of management or key management personnel in financial undertakings, it must be expected initially to result in an increased requirement for liability insurance in the sector but as it is not possible to insure oneself against criminal liability, it probably cannot be ruled out that such increases of liability may result in fewer persons with relevant experience wishing to take part in the management of (or as key management personnel in) financial undertakings.

The working group will be composed of representatives of the Danish Ministry of Industry, Business and Financial Affairs, the Ministry of Justice, the Financial Supervisory Authority, the Prosecution Service and State Prosecutor for Serious Economic and International Crime, but there will not be any representatives of the financial sector or, for example, the Danish Bar and Law Society. The working group's proposal is to be completed not later than at the end of 2019.