Congo-Brazzaville: bill on the creation of a Congolese investment fund has been adopted 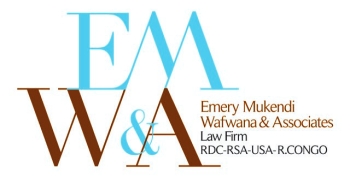 According to a bill presented during the Ministers’ Council of August 8th, 2013, the Republic of Congo just promulgated Law No. 1-2014 of January 6th, 2014 on the establishment of a Congolese investment fund[1].

The investment fund has been created as an administrative public institution, with legal status and financial autonomy. The public institution is based in Brazzaville, the Republic of Congo’s capital, and is under the authority of the Minister of Finance. It is administered and managed by a Board of Directors and a General Management.

The main purpose of the Congolese investment fund is to acquire and manage foreign financial assets, especially treasury bills, Governments bonds and other bonds; to take stakes in foreign companies that may invest in Congo; to manage shares of foreign companies in its possession, in order to maximize the return on invested capital; to acquire and manage real estate assets and other foreign derivatives.

To fulfil its assigned mission, the new public institution will benefit from revenues of its operations, dividends from the investments, other State contributions, and various gifts and bequests.

The establishment of the investment funds by States, also called sovereign wealth funds, aims to make the budget surpluses grow through investments in foreign assets[2]. For Congo that has an average growth rate of 5% in recent years, the budget surpluses or cash are mainly related to oil resources which represent nearly two thirds of the GDP, about 75% of the public revenues and about 90% of export revenues.

Finally, a Ministers’ Council decree approving the bylaws of the Congolese investment fund will be enacted later. This decree will set the responsibilities, organization and functioning of the administrative and management bodies of the public institution.