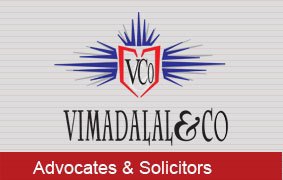 In recent times, the market for malt-based beverages in India has seen a significant downturn due to several reasons, ranging from heightened consumer awareness, increased substitutes to stricter government norms. In such a competitive market environment, corporate entities have been engaging in aggressive marketing strategies to outmanoeuvre their rivals. It is important to note that advertising, as a form of commercial speech, is protected under the Freedom of Speech and Expression under Article 19(1)(a) of the Indian Constitution.[1] In order to increase their consumer base, entities engage in comparative advertising where one party advertises its goods and services by comparing them with those of a competitor. India does not have any specific statutory provisions that directly focus on comparative advertisements, but Indian courts have paved the way for the adjudication of such disputes with their rulings. In many cases, comparative advertisements are structured in a manner where disparaging statements are used to malign the reputation of competitors and their products. It falls upon the courts to demarcate between such legally permissible advertisements as compared to those that are disparaging a competitor’s goods.

FACTS OF THE CASE

In mid-2019, the defendants, who are manufacturers and sellers of the powdered malt beverage Complan, aired a TVC it was stated that one cup of Complan has the same amount of protein as two cups of Horlicks. The present suit was then filed by the Petitioner to challenge the said TVC.

The decision of an earlier comparative advertisement dispute between the parties was adjudicated upon by the High Court of Delhi, in Horlicks Ltd. & Anr. v. Heinz India Pvt. Ltd. regarding a newspaper advertisement published by the defendant. In the impugned advertisement, it was stated that one cup of Complan had the same amount of protein as contained in two cups of Horlicks while providing a disclaimer regarding the serving size at the bottom of the advertisement. The Court, in deciding the various issues before it, opined that the isolation and comparison of one component (protein) was permissible. It also held that comparing products based on serving size was legally permissible and was not denigrating and misleading. The defendants, of their own accord, sought to modify the advertisement in a manner where the disclaimed formed an integral and prominent part of the advertisement. Thus, the Court concluded that the impugned modified advertisement was not misleading, and there was no denigration or disparagement of the plaintiff’s mark. This 2018 order is under appeal and since there was no stay order, the defendant was not restrained from displaying the modified advertisement.[3]

In the TVC, confusion was being created in the minds of the consumers, since it gives a misleading message to them. In the TVC, there was no voiceover for the disclaimer and in the short 6 seconds runtime, the consumer did not have the time to peruse the textual disclaimer. The plaintiff contended that the intention of the defendant behind the telecasting of this commercial was to denigrate the plaintiff’s product Horlicks. It stated that it had not accepted the modified advertisement and that an appeal had been filed against the earlier decision of the High Court not restraining the publication of the print advertisement. It stated that a party was allowed to puff its products but not denigrate the products of other parties. The modified print advertisement was only permitted by the court after modifications that made the disclaimer a prominent and integral part of the advertisement.

The defendant stated that the overall intent of the TVC was to educate the consumers with respect to protein content in one cup of Complan (one recommended serving) as compared to two cups of Horlicks (two recommended servings). The defendant also stated that advertiser should be allowed creative latitude and that the Plaintiff should not be hypersensitive. It also contended that the per size comparison of the two products was an accepted method of comparison. An overall assessment of the facts and the impact of the TVC needs to be considered and the Court should only interfere in the grossest case of abuse.

The Court emphasised on the nature of the medium used to propagate the advertisement in this case. It noted that an advertisement in electronic media would have a stronger impact that one made in print media. It observed that. “This Court finds that on playing the TVC, there is no voiceover with regard to the disclaimer in reference to the serve size nor is the time sufficient to read the said disclaimer. In view of this fact, the present advertisement in the electronic media would be clearly disparaging as on a bare looking at the advertisement, a viewer only sees a comparison of one cup of COMPLAN with two cups of HORLICKS with no reference to the serve size”.[4] It explained that TV viewership was of a daily and continuous nature and hence different from print media. Consequently, the Court restrained the advertisement from being telecasted it its present form pending the disposal of the suit.

This Order of the Delhi High Court importantly distinguished between the nuances of advertising in electronic media as compared to print media. It demonstrated that a fluid perspective was essential in judging identical content of advertisements when expressed in different forms of media. It also sets the foundation on which courts and advertisers can rely on while adjudicating and telecasting advertisements respectively. The Court initially embarks on a similar vein to Horlicks Ltd. & Anr. v. Heinz India Pvt. Ltd. where it finds that the comparison on the basis of cups after referring satisfactorily to serve size was not disparaging but the restraint on airing was on grounds of the manner and duration of providing the disclaimer.