The second season of the popular crime web series Mirzapur was released on Amazon Prime last month.  The said web series has a scene wherein the character Satyanand Tripathi (played by veteran actor Kulbhushan Kharbanda) is shown reading the book “Dhabba” written by Surendra Mohan Pathak (Pathak). The scene has an explicit voice-over that reads out a sequence that appears to be an excerpt from the book, which according to Pathak, has absolutely no bearing with any part of the original text of `Dhabba’. Resultantly, Pathak sent a letter to Amazon Prime claiming that his book has been misrepresented. 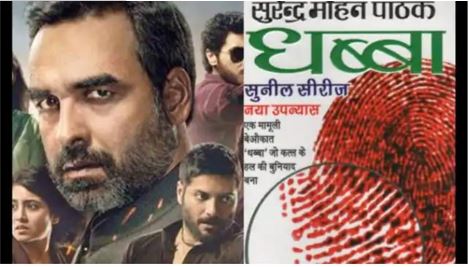 We do not claim any copyright in the image used. It has been used for academic and representational purposes

In his letter, Pathak stated that his book ‘Dhabba’ has been “mischievously represented” and demanded that the sequence should be removed from the web series. Pathak claimed that the voiceover is explicitly sexual and doesn’t exist in the novel. He stated in his letter, “what is being read is sheer porno, the undersigned cannot even dream of writing, supposedly to titillate the viewers. But in the process, the whole sequence is shown as an excerpt from my novel Dhabba’, which amounts to mischievous misrepresentation. The object appears to be an attempt to tarnish my image as a celebrated writer of Hindi crime fiction who is ruling the roost since last several decades.”

He further claimed that the sequence defames him as an author and puts him in a bad light and is hence a violation of his rights granted under the Copyright Act. He threatened to initiate legal proceedings against the producers, writers, and the actor if the sequence is not removed from the web series.

In response to this, Excel Entertainment, the makers of Mirzapur issued an apology to Pathak through their Twitter account acknowledging that the depiction of the book Dhabba with an “unrelated” voiceover, has hurt the sentiments of the author’s fans and well-wishers.  Excel Entertainment also promised a timely rectification of the mistake stating, “We would like to assure you that to rectify this situation, as discussed with you and as per your wishes, we will blur the book-cover in the scene or remove the VO within a reasonable time of 3 weeks”.

Question - Which rights of the author Surendra Mohan Pathak were violated by the said incident?

Answer- Moral Rights, enshrined as “Author’s Special Rights” under section 57 of the Copyright Act.  These rights cannot be waived off, and are perpetual rights and vest with the author even after transfer/sale of copyright or even expiration of the term of copyright. Moral Rights include the right of the author to claim authorship of the work and the right to restrain from or claim damages for the distortion, mutilation, modification of the work if such acts prejudice the author’s reputation.

The jurisprudence behind the said rights is that a work is an extension of the Author’s personality itself and hence mutilation, distortion, or modification of work could be prejudicial to honour or reputation of the author. Therefore, the author must have control against such mutilation, distortion, or modification of his/her work.