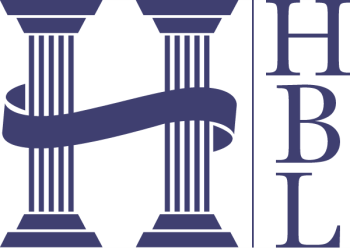 A recent lawsuit argued in the federal appeals court for the Southern District of New York handed a win to plan fiduciaries on a prudence and breach of loyalty claim lawsuit. In the case, Patterson v. Morgan Stanley, the court dismissed an appeal filed by Morgan Stanley stating that, contrary to Plaintiff’s claims, ERISA “does not require clairvoyance on the part of plan fiduciaries, nor does it countenance opportunistic Monday-morning quarter-backing on the part of lawyers and plan participants who, with the benefit of hindsight, have zeroed in on the underperformance of certain investment options.” This is a win for plan fiduciaries and others who have been watching fee and other benefit plan litigation and settlements grow in popularity.

The lawsuit was a class action against Morgan Stanley where Plaintiffs argued that there were underperforming funds as part of the retirement plan and that those funds were kept as part of the plan improperly. Further, plaintiffs argued that excessive fees were paid for proprietary investments. While litigation over excessive fees and improper dealing within plan investments has grown over previous years, the courts tend to look at the facts of each case to determine whether the plan fiduciaries involved breached their duties.

Individuals and businesses that sponsor and handle investment plans governed under ERISA have a variety of duties that they must obey including a duty of prudence and a duty of loyalty. In general, these duties are designed to guide fiduciaries towards prudent investment choices with reasonable fee arrangements. Further, fiduciaries are encouraged to regularly re-evaluate the plan’s investments and adjust as needed.

However, as it is hard to predict the future to determine whether an investment is having a few minor issues or needs to be removed, this standard is more focused on the process of decision-making rather than the result of the process. When a class action lawsuit is brought against the plan, the argument is generally around a process that wasn’t followed, problematic self-dealing, or paying increasingly excessive fees without looking to see if those fees are in line with the current market rates (or a combination of the aforementioned).

The court held that, in this specific case, plan fiduciaries did not breach their duties when monitoring plan investments. There is no requirement to choose the best-performing fund for plans, especially since that can change over time. Fiduciaries are not required to constantly switch investment strategies, a cost itself, based on the prior year’s performance. Underperformance over a decade is a better basis to support the claim that plan administrators should have periodically reviewed and changed investments, though underperformance by only a percentage point is not significant.

With the help of the experienced benefits lawyers at Hall Benefits Law, our clients who have chosen to implement retirement plans, with or without the help of an investment company, know what standards they are held to. We follow ERISA litigation closely so that we can learn from the courts and help our clients avoid costly litigation. Call 678-439-6236 today or visit the Hall Benefits Law website to learn more.