Following rumours of an $800 million takeover offer for defensive patent aggregator RPX, IAM examines the current state of its patent portfolio and takes a look back at the key storylines for the company in recent years.

An overview of RPX’s identifiable patent portfolio, as of 15th December, can be seen below, with the information being provided by IP data and analytics platform ktMINE. What is immediately apparent is that the portfolio is predominantly focused on the US. It should be noted, though, that on a recent quarterly earnings call, the company informed analysts that it was aiming to expand its presence in China in 2018, in hopes of offsetting the sluggish growth at home. As previously discussed by IAM, though, this may not be the quickest of fixes.

The spread of patent types can also be seen in the table above with the top five patent classifications listed. As noted by ktMINE, RPX purchases patent assets to cater to different industries, so its largest holdings would reflect the industries that make up the most significant portion of its business. Adding to this, patent services and technology intelligence firm TechInsights states: “The major technologies observed are optical switching, packet networking, and messaging, with other diverse areas including search, cameras, video, memory, and semiconductor.” TechInsights also notes that outside of the US, RPX currently holds most of its assets in Asia, namely China, South Korea and Japan. However, the patent numbers from these jurisdictions are low and are only in the double digits for now. A breakdown of RPX’s portfolio by patent type can also be viewed below. 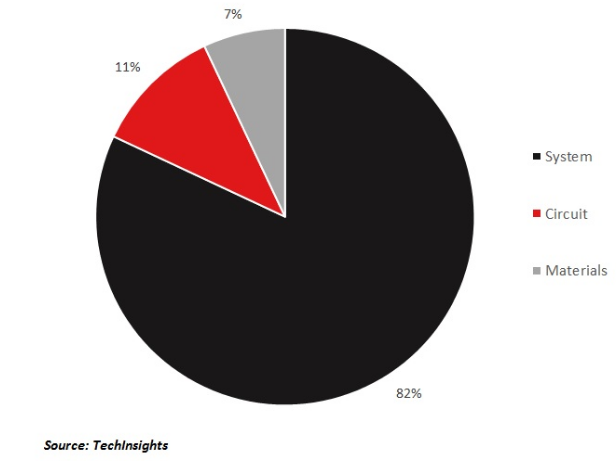 TechInsights also points out that, according to US Patent and Trademark Office reassignments, the RPX portfolio is split just over 60/40 between “Rockstar patents” (acquired by RPX in late 2014) and all other transactions: “The Rockstar event includes about 71 entities and numerous individual inventors, with half of the patents being Nortel patents. Attributes of the RPX portfolio appear to be very balanced between the Rockstar event and all other transactions, in terms of patent age, forward references, and the coverage of portfolio technologies.” It adds: “The balance of RPX transactions involves about 138 entities and numerous inventors, with 69% of these transactions occurring in the middle years, between 2012 and 2014.” 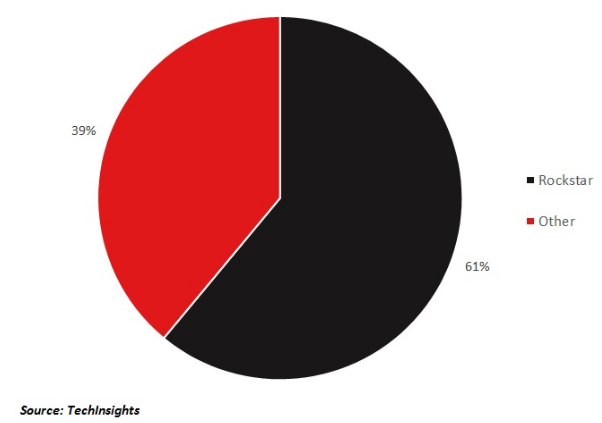 Below is a summary of the major stories and events for RPX between 2012 and 2017.

The beginning of 2012 was strong for RPX; in February it announced that revenues during fiscal year 2011 had risen by over 60%. Additionally, its share price had increased by 46% since the start of the year and it signed a substantial licensing deal with global telecommunications company Alcatel Lucent to monetise its 29,000-strong patent portfolio. This deal would, however, turn out to be a disappointment for the telecoms company, having failed to deliver results half a year later.

There was a shift in leadership in August: Eran Zur, a co-founder of RPX, resigned from the company’s Board of Directors and stepped down as its president for personal reasons; on the same day, John Amster was appointed to serve as the company’s president and CEO.

In terms of patent transactions, the biggest news came at the end of the year when it was announced that Intellectual Ventures and RPX had together secured Kodak’s portfolio of digital imaging patents for $525 million.

In the second half of the year, RPX began to show signs of its intent to diversify its services. Henri Linde, former senior vice president at RPX, stated his belief that the patent defence aggregator would, over the next five years, shift its focus from patent buying to being an insurance company.

The year opened with news that RPX had helped to negotiate a settlement between Boston University and 25 companies – including Microsoft, Amazon, Apple and Samsung – that the education institute had filed litigation against over an LED-related patent. As IAM argued, this helped to validate the services of the defensive aggregator.

Nevertheless, RPX continued its diversification drive and, in April, launched a new insurance service for businesses facing patent infringement litigation with non-practising entities (NPE). The next month, it announced another new service: RPX Search, a search engine that provides access to a database connecting patents, litigation and entity data.

In June, RPX acquired PatentFreedom, an NPE information service, run by Dan McCurdy, who was the chairman of PatentFreedom and CEO of AST. As part of the acquisition, McCurdy and Shashank Tiwari, who was Patent Freedom’s head of research, moved across to RPX as well.

Following the unveiling of its new insurance service back in April, RPX announced in November that small and emerging growth companies would be able to purchase affordable insurance designed to reduce the risks and costs created by patent infringement suits.

The most significant story of the year – and possibly since RPX’s inception – was its purchase of Rockstar patents for $900 million in December (which, as we saw above, still constitutes the majority of its portfolio today). Rockstar was an NPE formed by Apple, BlackBerry, Ericsson, Microsoft and Sony, that owned 4,000 patents from Nortel, the erstwhile Canadian telecoms giant.

In the spring of 2015, Ford revealed that it had partnered with RPX and signed up to its defensive pool of patents.

In November, NPE Spherix entered into a licence agreement with RPX that allowed all or part of its portfolio to be used by several RPX members. As a result of the acquisition of the Rockstar portfolio, RPX had become the largest shareholder in the NPE, which we had previously stated was one of the stranger outcomes of the deal. RPX agreed to cancel a $5 million payment and transfer just under 30,000 shares of Series I stock and a portion of Series H Convertible preferred stock to Spherix. The NPE also received $300,000 in cash.

Once again, the biggest news came just before the close of the year, when RPX announced that it had agreed to acquire Inventus Solutions, a leader in discovery management, for $232 million in cash. This deal further extended the company’s services, this time into the field of eDiscovery.

The purchase of Inventus Solutions was not well received by some investors. In March, Mangrove Partners issued a public letter lambasting RPX’s Board of Directors and the overall management of the company. This included sharp criticism of the recent acquisition, which was labelled “a costly mistake”. Mangrove Partners released the letter not long after purchasing a significant shareholding in RPX for $28 million.

Spherix announced a second licensing deal with RPX in May. It had reached another agreement that would give the defensive aggregator’s clients a licence to the Spherix portfolio. The NPE received $4.35 million in cash and saw the cancellation of almost 400,000 shares of series H convertible preferred stock that RPX owned following its acquisition of Rockstar.

RPX signed a licensing agreement in August with the Kudelski Group, a Swiss company that held 4,900 patents worldwide at the time. In return, RPX provided an upfront payment and agreed to a future transfer of patents.

At the end of the year, Dan McCurdy departed from the company to join strategic IP consultancy Quatela Lynch.

2017 began with another significant parting, as John Amster, a co-founder of RPX, tendered his resignation, only four and a half years after being appointed president and CEO of the company. A statement from the company confirmed his exit and explained that his send-off arose from a disagreement between Amster and RPX’s Board of Directors over his request to sell the company in a going-private transaction. Marty Roberts was subsequently named as interim CEO effective immediately.

Following Amster’s departure, private equity interest in RPX started to gain momentum with rumours of numerous bids being made for the company. More personnel changes arrived in April with a number of executive promotions and the announcement that Mallun Yen was to join RPX’s Board of Directors. Yen had worked with the founding team to launch RPX and had been integral to the company’s success, according to Roberts. Before RPX, she had served as Vice President of Worldwide Intellectual Property and Deputy General Counsel at Cisco.

In November, RPX indicated its intention to expand into China on a quarterly call with analysts. A month later, rumours began to surface of an $800 million takeover offer from a private group.