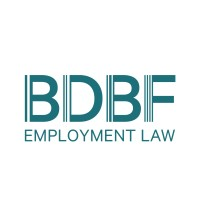 One question arising from the Brexit vote is what will happen to the various employment rights which originate from EU law. Melanie Onn, the Labour MP for Great Grimsby, has taken the first step in protecting those rights once the UK has left Europe by presenting a Private Member’s Bill - the Workers’ Rights (Maintenance of EU Standards) Bill.

The government has so far refused to rule out removing or changing key workers’ rights following Brexit. The Bill is therefore aimed at ensuring workers’ rights derived from EU law are not affected by withdrawal from the EU. These include:

• the right to paid holiday and rest periods;
• the right for working parents to take leave to look after their children;
• the right not to be discriminated against on grounds of religion or belief, age or sexual orientation;
• the right for part-time workers not to be treated less favourably than full-time workers;
• rights under TUPE (whereby employees’ terms and conditions of employment are transferred to the new business in the event of takeovers etc.);
• the right to be informed and consulted about matters that directly concern employees at work; and
• the right for both temporary agency workers and workers with fixed-term contracts to the same basic conditions as comparable workers with permanent contracts.

The Bill is critical. When the UK withdraws from the EU, the majority of the hundreds of EU laws made since the UK joined the European Economic Area in 1972 will fail to have any legal effect, unless active steps are taken by the government to retain them.

The Bill was advanced in light of previous comments made by Theresa May’s Cabinet, which appear to be in favour of reducing employment rights. The International Development Secretary, Priti Patel commented prior to the EU referendum that leaving could reduce the “burden” of EU employment law protections. In 2012, Liam Fox, now the International Trade Secretary commented that some employment rights were “unsustainable.” Furthermore, the Conservative-led government in 2012 commissioned the Beecroft Report, which recommended that employers be given the right to dismiss employees without giving a reason. This recommendation was later blocked by Vince Cable as part of the Liberal Democrat coalition government.

If passed, the Bill will certainly go a long way to prevent the erosion of hard fought employment rights. In addition, enshrining these rights will give the UK the platform on which these rights can be improved upon in the future.

Whilst there was no opposition to the first reading of the Bill, it is at a very early stage. The second reading of the Bill is due to take place on 18 November 2016, so it is likely to be some time before this Bill is enacted as law, provided, of course, that it is passed by Parliament.