Let's All Wait Until After 2023 to Die in Connecticut

By now, this is news to few people. What may be surprising is how it affects the increased estate tax exemption that the Connecticut Legislature approved as part of the 2017 Budget Act. As described in our October 27, 2017 client alert, beginning in 2018, the Connecticut estate and gift tax exemption increases over a three-year period from $2M to the federal estate tax exclusion, and the marginal rate schedule for estate and gifts was changed, as shown in the following table: 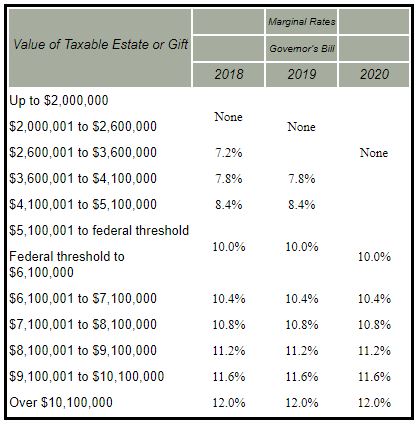 Connecticut also made conforming changes in requirements for filing tax returns with the Probate Court and releasing estate tax liens.

What happens to the Connecticut exemption in 2020, though, became unclear after the federal tax changes were enacted. As one can see, the new estate and gift tax table refers to the federal exclusion, which the 2017 Budget Act defined by reference to the inflation-adjusted amount annually calculated by the IRS. As a result, the Connecticut law now would exempt from tax amounts up to $11.2M in 2020, instead of one-half that amount as the legislature seems to have intended. 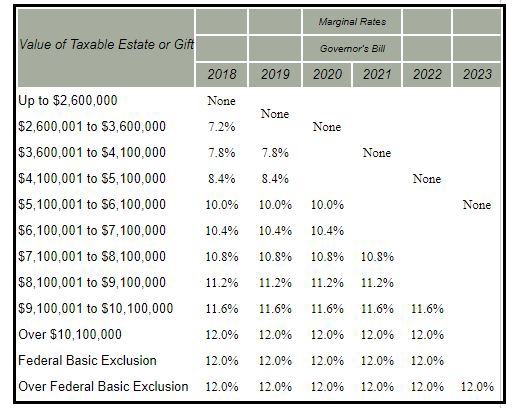