National Day of Mourning Announced to Honour Queen Elizabeth: What Does this Mean for Employers?

The Government of Canada announced yesterday that Monday September 19, 2022 will be a National Day of Mourning in Canada, to mark the passing of Queen Elizabeth II, on the date of her funeral in London, United Kingdom.

The National Day of Mourning will be a designated federal holiday for the public service of Canada (i.e. federal government employees only). This means that the federal holiday requirement does not extend to federally regulated industries, such as banks and airlines, though employers in those industries may choose to follow suit.

The designation of September 19, 2022 for provincially regulated employers has been marked by the provinces as follows: 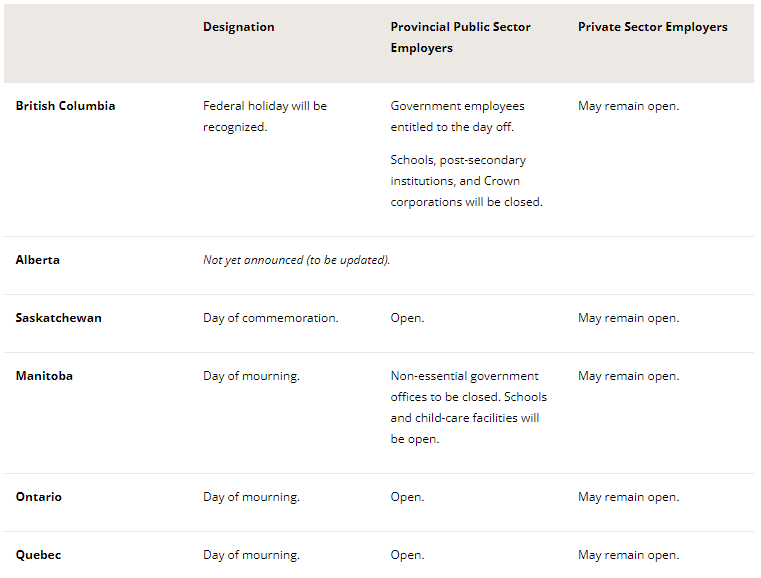