Australia’s Skilled-Migration Occupation Lists are set for a significant shake-up, as labour market analysis and public consultation into what skills should be included gets underway.

The lists seek to reflect genuine skills needs, enabling businesses to temporarily access the skills they need when Australian workers are not available.

Their make up are likely to be affected by the Federal Government’s push to divert more people to regional areas and major infrastructure projects, and their demand for skilled workers, ramps up.

Why the need for change?

There have long been calls to make the Skilled-Migration Occupation Lists more responsive to the needs of the Australian labour market.

The last changes to the lists, rolled out in March this year, resulted in a small turnover of occupations. Based on the messaging from the Federal Government, we are expecting a much more extensive shake-up following the consultation period. 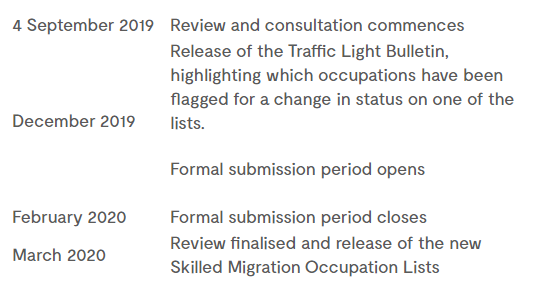