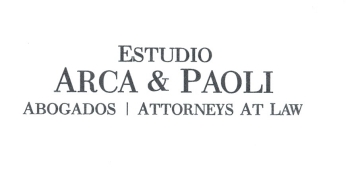 What government approvals are required in your jurisdiction for a port operator to commence operations following construction? How long does it typically take to obtain approvals?

The agencies responsible for granting permits for port operators are the APN and DICAPI. The permits that should be obtained are as follows:

The process for obtaining these permits usually takes around 60 days, according to the Text of Administrative Proceedings of the APN. However, owing to the usual administrative burden, these proceedings may take about 90 days.

A port operator and the port authority can provide the following services:

Apart from these services, where the state may cooperate with the private investor, the government may make the following commitments:

These are the payment obligations assumed by the government as a consideration of the activities established in a PPP contract. They include the payment of:

These are the potential payment obligations of the government to the private sector for the financial and non-financial guarantees that the latter may have issued.

Definitive and contingent commitments are usually included in concession contracts, to cover the risks inherent to the project.

However, the APN can charge the port operator for the basic port services, as long as this has been agreed in the concession contract.

Does the government or relevant port authority typically give any commitments in relation to access to the hinterland? To what extent does it require the operator to finance development of access routes or interconnections?

No, the government and the APN rarely grant commitments in relation to access to the hinterland. In most cases, the APN and the Ministry of Transport and Communications do not include a section regarding finance development of access routes or interconnections in the concession agreement.

How do port authorities in your jurisdiction oversee terminal operations and in what circumstances may a port authority require the operator to suspend them?

In Peru, the authority that oversees the operations at port terminals is the APN.

As established in Supreme Decree No. 410-2015-EF, which regulates the delivery of concessions to the private sector in public infrastructure and public services, the concessionaire can be suspended for the following reasons:

In what circumstances may the port authorities in your jurisdiction access the port area or take over port operations?

As established in Supreme Decree No. 410-2015-EF, a port terminal concession will expire on the following grounds:

Failure to operate and maintain

What remedies are available to the port authority or government against a port operator that fails to operate and maintain the port as agreed?

The resource available for the port authority to act against the port operator when they fail in the operation and maintenance of the port, as agreed between the parties in the concession agreement, is the execution of the penalties set out in such agreement and, additionally, in the provisions of the Peruvian Civil Code.

The state may also submit financial controversies arising from concessions to national or international arbitration, in accordance with the provisions of article 69 of the Political Constitution of Peru.

What assets must port operators transfer to the relevant port authority on termination of a concession? Must port authorities pay any compensation for transferred assets?