The Danger of Being Too “Fearlessly Independent” from Your Chinese Brand: New Balance Loses Appeal Under Doctrine of Foreign Equivalents in China 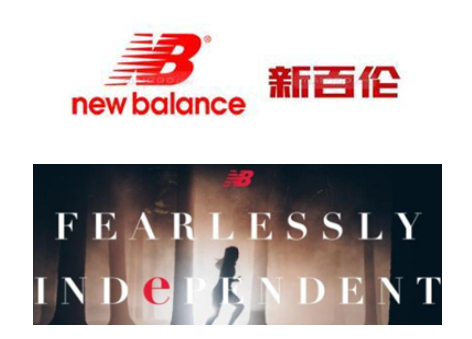 The doctrine of foreign equivalents applies under both United States and Chinese trademark laws and requires translating foreign words to determine whether they are confusingly similar with existing trademarks. For example, the China National Intellectual Property Administration (“CNIPA”) found that the Chinese word 苹果, which means APPLE, was confusingly similar to Apple Inc.’s mark for phone accessories. They also barred registration of the term 脸谱 (meaning FACE and BOOK) for Internet-related services. Similarly, the Trademark Trial and Appeal Board in the U.S. has consistently applied this doctrine, including finding that the Spanish term BUENOS DIAS for soap is likely to cause confusion with the design mark GOOD MORNING for shaving cream. The board also refused to register EL SOL for clothing and footwear based on prior registration of the design mark SUN for footwear.

Why did the CNIPA and Chinese courts afford protection under this doctrine to Facebook and Apple and not to New Balance? A simple Internet search will show that all three companies’ Chinese brands are recognized by Wikipedia (and Chinese media) to point uniquely and exclusively to their English marks:

New balance did submit thousands of pages of documents to show that its NEW BALANCE English mark had become famous before the registrant filed its application in 2004. But the court said that New Balance missed the point. Even if New Balance can show that its English mark is famous, it does not mean that the registrant’s prior registered Chinese mark will be perceived by the Chinese consumer as the equivalent of New Balance’s English mark. After all, the English mark and Chinese mark are so different in terms of appearance, sound, and overall commercial impression that consumer confusion is unlikely.

In both the U.S. and China, the doctrine of foreign equivalents should be applied only when it is likely that ordinary purchasers would stop and translate the foreign word into its domestic equivalent. New Balance’s evidentiary documents failed to show that the Chinese purchasers will stop and translate the Chinese mark at issue into its NEW BALANCE English mark, and nothing else. 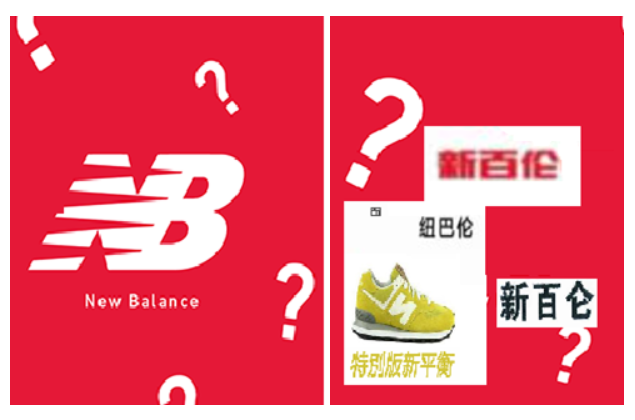 In over forty years of marketing in China, New Balance was “fearless” in relying on the fame of its English mark in enforcing its trademark rights. It did succeed in a number of cases. But the lesson learned from this decision is that the same care and attention should have been paid to its foreign equivalent mark. Any gap between the fame of the English mark and the equivalent foreign brand in a foreign market can lead to a failure in later enforcement. It will be interesting if New Balance further appeals the case for review by the Supreme Court of China. If the Supreme Court of China decides to hear it, it will be the first trademark case in decades to shed light directly on the evidentiary standard on the doctrine of foreign equivalents.

The unfortunate outcome of this case would be unthinkable in the U.S., but it happens more than we think in China because unlike the U.S., China is a first-to-file system. China’s trademark system is one where a brand owner’s trademark rights are awarded to the first party to apply for, rather than the first to use the mark, even if the mark is already in use within China. This gives rise to the common trademark squatting problem, where bad faith filers look out for well-known Western brands and register them, including their Chinese equivalent mark and their variations due to different translation methods.

If there are multiple ways to translate an established mark from English to Chinese, it is important to cover the variations of the Chinese equivalent mark in the trademark clearance search and applications for registration.

There are three ways to translate an English mark to Chinese:

If we add Cantonese and traditional Chinese versions, bad faith filers can find themselves with a handful options to rip off the Western brand. If that happens, not registering all the right versions for your Chinese equivalent trademarks early can be as bad as not registering your English/Western trademarks at all.

With the squatting issue in mind, it is critical for brand owners to search and register their Chinese equivalent mark and different translation variations early. Oftentimes, brand owners forget about these different translation variations, mistakenly believing that trademark use is also pre-condition for registration in China. Again, unlike the U.S. trademark system, “use in commerce” is not required during registration in China.

In the end, the fact that much of our advice on registering foreign marks early remains unchanged for many years says as much about China as other first-to-file markets, and where legal protections for unregistered trademarks might be less vigorous than in countries like the U.S. International brand owners should be extra proactive with language issues and account for country conditions, including when and which translation mark(s) to search and register.