Enforcement proceedings in dominance in Austria 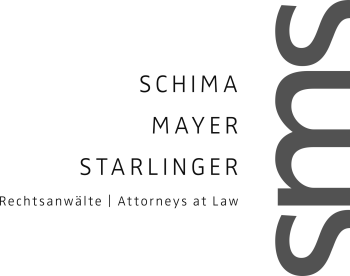 The Federal Competition Authority (FCA) is the general authority competent for investigations of possible abuses of dominance. The FCA also represents Austria in the European Competition Network. To conduct its investigations, the FCA is entitled:

Pursuant to section 14 of the CartA, the FCA may also call on the public security services - the police - for support in its investigations and inspections (eg, on forensic IT experts of the criminal police).

A particularity in the Austrian institutional setup is the Federal Cartel Prosecutor (FCP) as second statutory party in all proceedings before the Cartel Court. The FCP’s task is the protection of the public interest in all competition matters, including dominance cases (section 75 of the CartA).

In addition, certain sector regulators are also competent to investigate potential breaches of the competition rules in their respective sector of the economy. For example, energy regulator E-Control has powers similar to those of FCA in the natural gas and electricity sectors, including the power to conduct on-site inspections upon application to and approval by the Cartel Court (section 25 E-Control Act). Other regulators, such as the regulators for the media, telecommunication or railway sectors, are competent to supervise their respective markets and to request documents and information from market participants, but not to conduct on-site inspections.

Section 26 of the CartA provides that infringements of the prohibition to abuse a dominant position must be effectively brought to an end. The most common remedy to achieve this aim are cease-and-desist orders designating a specific conduct that must be stopped. Ultimately, however, remedies may include whatever is necessary to effectively stop the abuse, as long as the remedy is proportionate to the infringement. Section 26 of the CartA specifically provides that as ultima ratio, also structural remedies may be imposed (ie, if no other equally effective measures are available or if those would prove more burdensome for the undertakings concerned).

As an alternative to ordering measures that bring an infringement to an end pursuant to section 26 of the CartA, section 27 of the CartA provides the possibility to render commitments by the undertakings concerned legally binding. Such commitments may be amended or even abolished if material changes in circumstances occur at a later point in time. For example, a dominant undertaking was recently released from its commitment to sell a minority stake in another undertaking, given that a sale within the terms of the commitment had failed despite its best efforts and that the competitive situation had improved to a point where the sale was not necessary anymore.

In addition to those remedies, fines up to 10 per cent of the turnover of the previous business year may be imposed pursuant to section 29 of the CartA on undertakings for infringements of the competition rules, including section 5 of the CartA or article 102 of the TFEU. Individuals may be fined only if they qualify as undertakings (entrepreneurs). It is noteworthy that in contrast to the fining system applied by the European Commission, the 10 per cent limit is not applied as a ‘cap’ for an otherwise independent calculation method of the fine, but is considered to establish the upper end of the range for setting an appropriate fine.

Compared to other jurisdictions, fines for abuse of dominance have been relatively modest in Austria for the time being (see also question 29). A notable case was closed in 2007, when the Supreme Cartel Court imposed a fine of €7 million on the Austrian licensee of today’s Mastercard system, for concluding an agreement with her shareholders that made investments by its shareholders in competing payment system subject to its approval, and for committing her shareholders to charge users of competing payment systems with excessive fees.

The FCA (and the FCP) are not empowered to impose remedies or sanctions for competition law infringements themselves (the FCA may however impose sanctions for non-compliance with investigative measures). Whereas the investigative function is essentially attributed to the FCA (and, to some extent, sector regulators), the enforcement and decision-making function for the purposes of the CartA is attributed to the Cartel Court as a specialised court of first instance. The Cartel Court is a division of the Higher Regional Court, Vienna. Only the Cartel Court is competent to impose, upon application, remedies or sanctions pursuant to the CartA. However, pursuant to section 36(2) of the CartA, only the FCA and the FCP are entitled to apply for the imposition of fines on the basis of the CartA. Other applicants may only apply for remedies pursuant to sections 26 to 28 of the CartA. The Cartel Court must not impose higher fines than requested in the application by the FCA or the FCP.

Some sector regulators have similar powers in their respective area of competence and may also submit applications for fines to the Cartel Court. For example, E-Control may apply to the Cartel Court to impose fines up to 10 per cent of the turnover of the previous business year on certain regulated undertakings pursuant to section 164 of the Austrian Gas Act.

In Austria, public enforcement of the dominance rules is relatively rare, as the FCA focuses its investigative resources mostly on the fight against hardcore cartels. The cases when FCA took action mainly concerned sectors where the behaviour in question particularly hurt consumers or small businesses (eg, the payment cards system case). This focus appears understandable as the Austrian system is, at least in principle, well suited for private enforcement by victims of potentially abusive behaviour of dominant undertakings (see below, question 31).

Pursuant to section 879(1) of the Austrian Civil Code, agreements violating statutory prohibitions, such as section 5 of the CartA, are void. It must be assessed on a case-by-case basis if and to what extent the nullity affects the entire contract or the problematic clause. Possibly, a contract may even remain valid if it is necessary to protect the good faith and the legitimate interests of the non-dominant party to the contract.

Note that the Cartel Court has no jurisdiction to decide about contractual consequences of abusive conduct, such as the validity of a clause or a contract. A declaration that a contractual obligation is void would have to be sought from the civil courts.

Pursuant to section 36(4) of the CartA, every undertaking or association of undertakings having a legitimate interest may submit applications for remedies to the Cartel Court. Hence, in the field of remedies (not fines), private parties have the same instruments available as the FCA, FCP and the sector regulators. Accordingly, applicants may ask for cease-and-desist order or even, if appropriate, for orders to grant access to infrastructure or to indispensable goods or services (eg, Supreme Cartel Court in ÖBB-Westbahn II, 11 October 2012).

The procedure before the Cartel Court is governed by the Non-Contentious Procedures Act which is based, at least in principle, on the inquisitorial method. Hence, if given due cause by an applicant, the Cartel Court may order the parties to provide documents or answers to questions, to cooperate with a court-appointed expert etc, thereby discovering facts and evidence that might be difficult to obtain for private litigants under the normal rules of civil procedure. With the recent implementation of the EU Damages Directive, these procedural benefits may be less important in the future.

Private parties may also avail themselves of the civil courts to apply for cease-and-desist orders for breaches of the dominance rules on the basis of the Unfair Trading Act.

Plaintiffs who want to claim damages for abuses of a dominant position need to avail themselves of the civil court system in Austria, which is possible both as a follow-up action and as a stand-alone action. The Cartel Court has no jurisdiction to award damages.

Damage claims may be based on general tort law or the Unfair Trading Act, provided that the general conditions (in particular, the existence of fault) are met. Until now, such actions have been relatively rare. It remains to be seen whether this will change following the implementation of the EU Damages Directive into the CartA.

Claims for damages that have occurred after 26 December 2016 may now also be based on section 37c of the CartA.