In a year when the Department of Justice recovers $2.5 billion from the healthcare industry in False Claim Act judgements and settlements, can there really be a silver lining?

There is, however, some silver lining to the government’s focus on healthcare. Government initiated actions (i.e., those filed by the government, not a relator) have been less successful in 2017 than in 2016. This is a trend that has continued from last year’s statistics, in which government-initiated actions were less successful in 2016 than in 2015. Given that government-initiated settlements and judgments are down to $32.5 million as of 2017, it is unclear how much lower these numbers can go. Perhaps the theme of next year’s blog post will be “how low can we go?” Only time will tell.

On December 21, 2017, the United States Department of Justice (DOJ) released its annual False Claims Act (FCA) recovery statistics for fiscal year (FY) 2017. The press release measures the DOJ’s total haul at $3.7 billion. Although this is a significant piece of news in its own right, we analyze these statistics each year for any potential trends. (See our post on the 2016 statistics, here, and our full analysis of the 2016 statistics in Robert T. Rhoad’s West Year-In-Review conference brief, available here.) And this year, like the years before it, the trendlines have been far from uninteresting.

Here are our key takeaways from this year’s numbers: 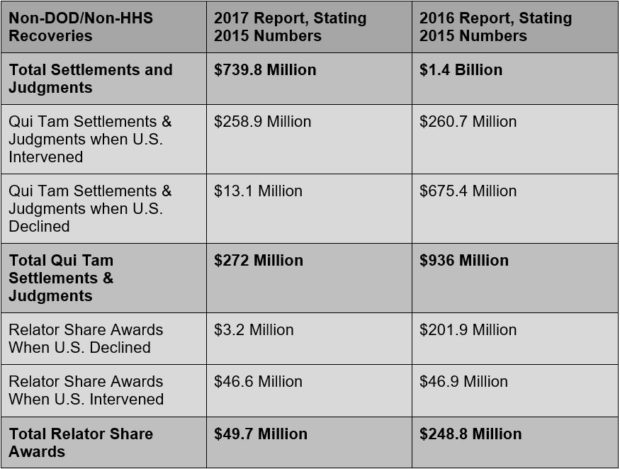 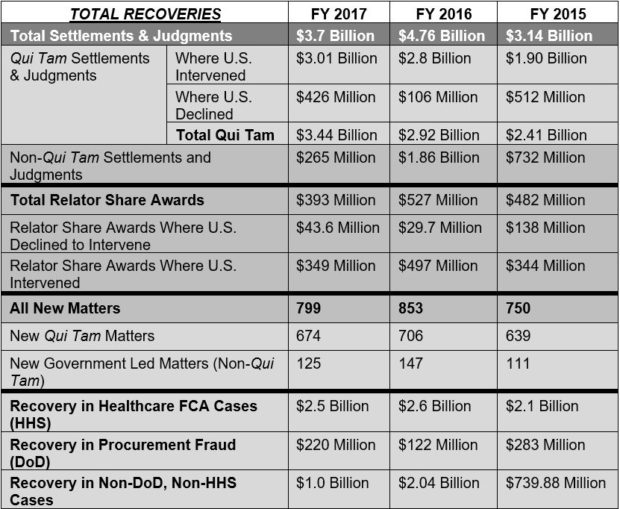 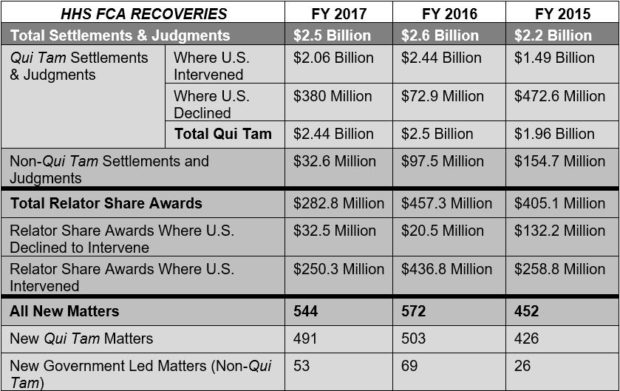 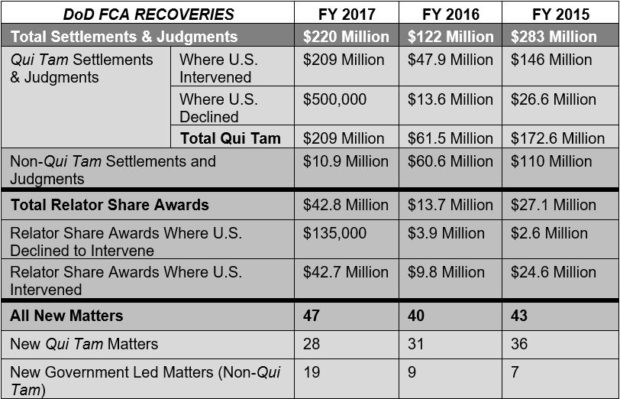 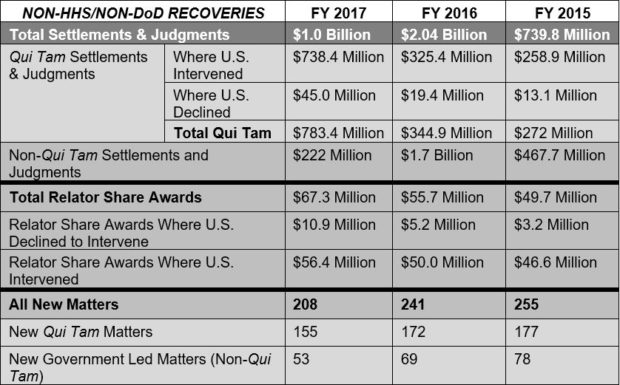