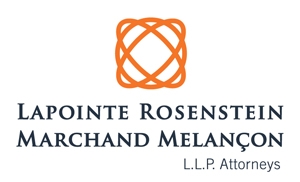 The issue of whether a franchisee is an employee or an independent contractor has been debated by both US and Canadian courts on numerous occasions. This question was once again raised in the recent Quebec Court of Appeal decision, Comité paritaire de l'entretien d'édifices publics de la région de Québec v Modern Concept d'entretien inc. In this particular case, the Quebec Court of Appeal examined whether Francis Bourque – an unincorporated franchisee operating a two-person cleaning services business as part of a janitorial services franchise network – qualified as an 'employee' pursuant to the Act Respecting Collective Agreement Decrees. It should be noted that the scope of the definition of employee under the act includes artisans (or workers in the English version of the act).

In order to determine the nature of the relationship between Modern Concept d'Entretien Inc (the franchisor) and Bourque (the franchisee), the court questioned which of the two parties:

In the case at hand, the franchisor had structured a tripartite business model whereby it would enter into an initial service contract with a client with multiple locations to be cleaned, which contract would then be assigned, as to each location of the client, to that specific franchisee whose area of service included such location of the client. The court found that, despite the assignment of these service agreements to its franchisees, the franchisor remained wholly liable for the non-performance of the services under the contracts and, in doing so, assumed in practice all of the business risk of the venture. Moreover, the franchisee had little to no autonomy or power to expand its franchised business or increase profits. In light of these factors, the court ruled that the franchisee was an employee of the franchisor within the meaning of the act. In rendering its decision, the court emphasised that when analysing whether a franchisee qualifies as an employee or as an independent contractor, courts should look beyond the terms of the agreement between the parties.

In June 2012 the franchisor entered into a service agreement with the National Bank of Canada for the maintenance of its offices across Quebec. In May 2013 it concluded a substantially similar contract with Quebec's liquor board, the Société des Alcools du Québec (collectively with the National Bank of Canada, the clients). Both of these contracts provided for an imperfect assignment mechanism, meaning that no novation occurred and the assignment of these contracts to a franchisee would not release the franchisor from its liability towards the clients under their respective contracts.(2)

After months of operating at a loss, the franchisee decided to terminate the franchise agreement in May 2014. Thereafter, the Comité paritaire de l'entretien d'édifices publics de la région du Québec, a public organisation tasked with representing maintenance workers in Quebec, applied to the Court of Quebec on behalf of the franchisee, alleging that it qualified as an employee pursuant to the Act Respecting Collective Agreement Decrees and was therefore entitled to certain unpaid wages and annual leave owed by the franchisor.(3)

The court began its analysis by noting that for the purposes of the act, the relationship between an artisan and an employer does not necessarily include an element of subordination. Moreover, according to case law, a party may qualify as an independent contractor (as opposed to an employee) not subject to the act if:

Consequently, these two factors guided the court in its determination as to whether the franchisee qualified as an artisan within the meaning of the act.(6)

In order to establish whether the franchisee met these conditions, the court went on to examine in detail the tripartite business model implemented by the franchisor. In the court's opinion, the main particularity of this model was the fact that it provided for the imperfect assignment of the initial service contracts to the franchisee. Under Quebec law, an imperfect assignment results in the assignor remaining party to the assigned agreement as co-debtor with the assignee for the obligations to be performed thereunder whereas a perfect assignment results in the assignor being replaced by the assignee and consequently released from any and all obligations towards its co-contracting party.(7)

The court also specified that, given the amount of control exercised by the franchisor over the franchisee's business operations, their relationship did not fit within the parameters of a conventional franchise model. This was explained by the fact that the franchisor ran the risk of potentially jeopardising its relationship with the clients if it granted more autonomy to the franchisee in its performance of the service contracts.

In light of the foregoing analysis, the court concluded that the franchisor assumed all of the business risk in connection with the service contracts with the clients and, by deducting certain royalty fees from the franchisee's remuneration (the franchisor retained an aggregate amount representing 43% of gross sales from the service contracts for royalties and other service fees), was compensated for assuming such risk. The court therefore ruled that the franchisee qualified as an employee pursuant to the act.(11)

It is, however, important to note that the Quebec Court of Appeal's decision was not unanimous. In his opinion, the dissenting judge agreed with the lower court's ruling that the intention of the parties should be determinative of the analysis and that in the case at bar, it was the parties' intention to enter into a mutually beneficial franchise agreement for profit as opposed to an employment contract.(12)

The Quebec Court of Appeal's ruling in this decision may worry certain franchisors, but there are a number of mitigating factors to consider. The impact of this decision outside Quebec may be limited considering the fact that the franchisee's status as an artisan (and consequently an employee) or an independent contractor was discussed by the court within the context of this unique definition of an employee under the Act Respecting Collective Agreement Decrees.

Moreover, this decision was based on the franchisor's implementation of an unconventional tripartite franchise business model whereby the franchisor contracts directly with the franchisee's clients, without the involvement of the franchisee, accompanied by controls, rights and remedies that greatly exceeded those typically found in most franchise relationships. Another distinguishing characteristic was that the franchisee in this case was unincorporated.