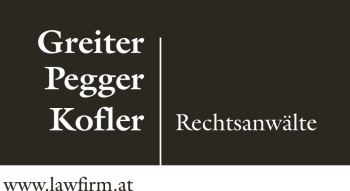 According to section 26 of the Media Act, announcements and recommendations as well as other features and reports for whose publication a payment is received must be identified in periodically published media as ‘advertisement’, ‘paid insertion’ or ‘advertising’, unless the design or arrangement excludes any doubts that publication has been made in return for payment.

Puffery is exaggerated advertising that cannot be taken seriously or literally by the public. It is therefore not regarded as misleading. Also, purely subjective value judgements, such as ‘Austria’s best coffee’, are allowed.

If doubts remain as to whether a statement is to be taken seriously, it is considered serious.

An advertising claim is misleading if it causes confusion among a significant section of the target public. According to recent case law, a section of more than 25 per cent is always considered significant (sometimes even less).

In general, every misleading statement as to the quality and characteristics of goods is prohibited if it causes the customer to buy a product that he or she would not have bought otherwise. Misleading statements, in general, cannot be justified by the rights to freedom of speech and opinion because these rights are only of minor importance in the case of merely commercial interests.

Omissions, incomplete statements, footnotes and disclaimers (eg, that restrict or put into perspective an accentuated advertising claim) are unlawful only if they are likely to mislead the public. It depends on the overall impression of the respective advert.

Footnotes and disclaimers are considered misleading if they cannot easily be seen by the public (eg, if the font size of the footnote or disclaimer is considerably smaller than that of the rest of the advertisement).

Before publishing the advertisement to its target group, an advertiser does not have to prove the statement it makes in its advertisement. Proof has to be provided in court proceedings only.

The necessary standard of proof is high probability based on the principle of free consideration of evidence by court.

Advertising claims based on the results of surveys are generally permitted. Survey results must be accurate and not misleading. For example, it would be misleading in a competition among newspapers to compare the number of readers, implying that all newspapers are included in the study, if one significant competitor is not. Further, survey results must be current as of the time of their publication.

Attention must be focused on whether the products compared are actually comparable. It is not sufficient to simply indicate that one’s own product or service in general is better than that or those of competitors. All decisive circumstances and reasons must be given, allowing the public to make an objective decision. For example, comparison of one’s own price for a certain product with the higher price of a competitor for a higher quality product is not permitted.

Comparisons of different systems, even without identifying a competitor by name, may offend public morals if they denounce a whole group of companies or a whole profession in an unnecessarily disrespectful and aggressive way.

Mere value judgements (eg, one newspaper is ‘better’ than another) that are unverifiable must not be part of comparative advertising.

In general, there is no hierarchy regarding different types of proof. Judges are free in their consideration and evaluation of evidence.

Advertisements describing a product as superior on the basis of tests must take into consideration the usual margin of deviation of such tests. Further, superiority must be continuous (not just statistical outliers) and considerable.

There are no special rules for depicting or demonstrating product performance. The general provisions apply (eg, it must not be misleading or aggressive). It must neither discriminate in terms of gender, sexual preference, ethnicity, race or religion nor encourage or trivialise alcohol or violence.

To use third-party statements in advertising, permission by the third party is required.

The adherence to a code of practice, if true, may be advertised. The attainment of a quality mark, if validly conceded, may be advertised as well. However, the claim that an enterprise (including its commercial practices) or a product has been approved, endorsed or authorised by a public or private body when it has not, or making such a claim without complying with the terms of the approval, endorsement or authorisation, is prohibited.

There are no special rules for advertising that the seller offers special guarantees for the product.

On the one hand, environmental claims are permitted only if such claims can be convincingly proven to be truthful and not misleading. On the other hand, there is no obligation to present data on all possible environmental effects of a certain procedure that has been claimed to be friendly to the environment, as this would make such advertising practically impossible. The expression ‘environment-friendly’, may, as a rule, be used if the use of the advertised product has a less negative effect on the environment than other comparable products. It is not necessary for the product to have no effect on the environment at all, as consumers do not normally expect this.

Pricing claims, above all, must be true and not be misleading. For example, advertising a ‘factory price’ is misleading if shop overheads form part of the price.

Regarding products that are offered to consumers, according to the Federal Act on Price Marking, prices shall be marked so that any normally attentive observer is able to read and identify them easily. Price lists for services shall be put up at a clearly visible location on the business premises. They may alternatively be laid out on the business premises or made available for inspection by the customer. The prices shall be marked in Austrian currency (euros) and be inclusive of VAT and all other taxes and charges (gross prices).

For special offers, it must be made clear that the special price concerns one single item only. The special offer must be in stock in sufficient quantities to meet normal, anticipated demand in consideration of the given circumstances. The simple addition ‘while stocks last’ does not release the seller from this obligation.

Regarding special prices, the source of the higher initial price must be indicated as consumers generally expect the advertiser to compare with their own (previous) regularly charged prices.

A practice is misleading within the meaning of section 2 UWG if services are misleadingly described as ‘free of charge’, while they are not free of charge but are subject to a payment obligation (eg, as is only apparent from the T&Cs).

Claiming a product is new or improved must again be true and not misleading. Expressions that indicate a product’s newness or ‘up-to-dateness’ cannot be sustained for too long because otherwise consumers erroneously assume that the innovation is still recent.

For products that are subject to frequent technical and fashionable changes, the above-mentioned period is shorter than for other, less ‘dynamic’ products.

Furthermore, the incorrect reference to the geographical origin of a product is also inadmissible based on the UWG where it is capable of influencing a significant proportion of the customers when considering the choice of product.