Consumer and financial services power into 2018

The consumer, energy, financial services and tech sectors had standout years in 2017.

Consumer was the standout industry for US M&A in 2017, with a combination of consolidation, geographic expansion and technological disruption spurring the sector on to a banner year. Megadeals such as British American Tobacco's US$60.7 billion acquisition of a majority stake in Reynolds American boosted overall figures by a remarkable 139 percent to reach US$167.8 billion.

Energy leads but falls behind 2016

With US$260.2 billion spent across 442 deals, the energy sector contributed the highest total to overall US M&A in 2017. However, a challenging investment climate resulted in the sector experiencing a 20.5 percent drop in value compared to 2016. Despite this decrease, oil & gas and electrical power delivered some sizable deals during the year. The recovering oil price signals a changing climate for deals in 2018, and the sector remains one to watch.

The financial services sector saw a rebound in M&A activity through 2017, with deal value leaping 82 percent year-on-year to reach US$147.5 billion. Pharmacy group CVS's agreement to pay US$67.8 billion for health insurer Aetna accounted for 46 percent of overall financial services deal value in 2017. The transaction is viewed by many analysts as a response to plans by Amazon to move into the drug distribution market.

Technology continues to have an impact on deals across the board, crossing traditional sector boundary lines in the process. This convergence is reflected in total TMT volume figures, with 1,213 transactions marking the highest number across all sectors in 2017. Amazon's purchase of Whole Foods is a prime example of this cross-sector approach to tech M&A. Technology has been an equally key driver in the healthcare, manufacturing and automotive sectors. 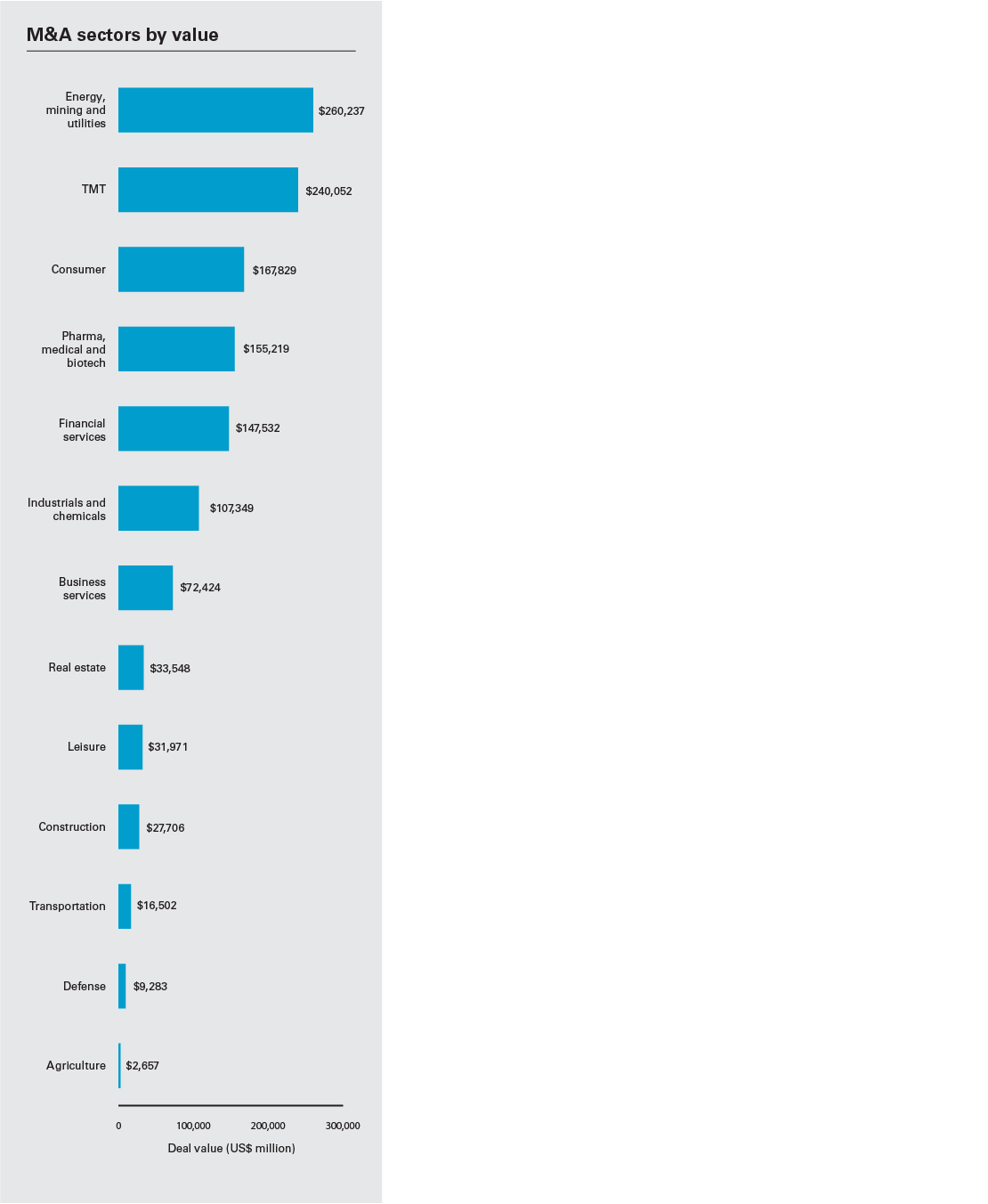 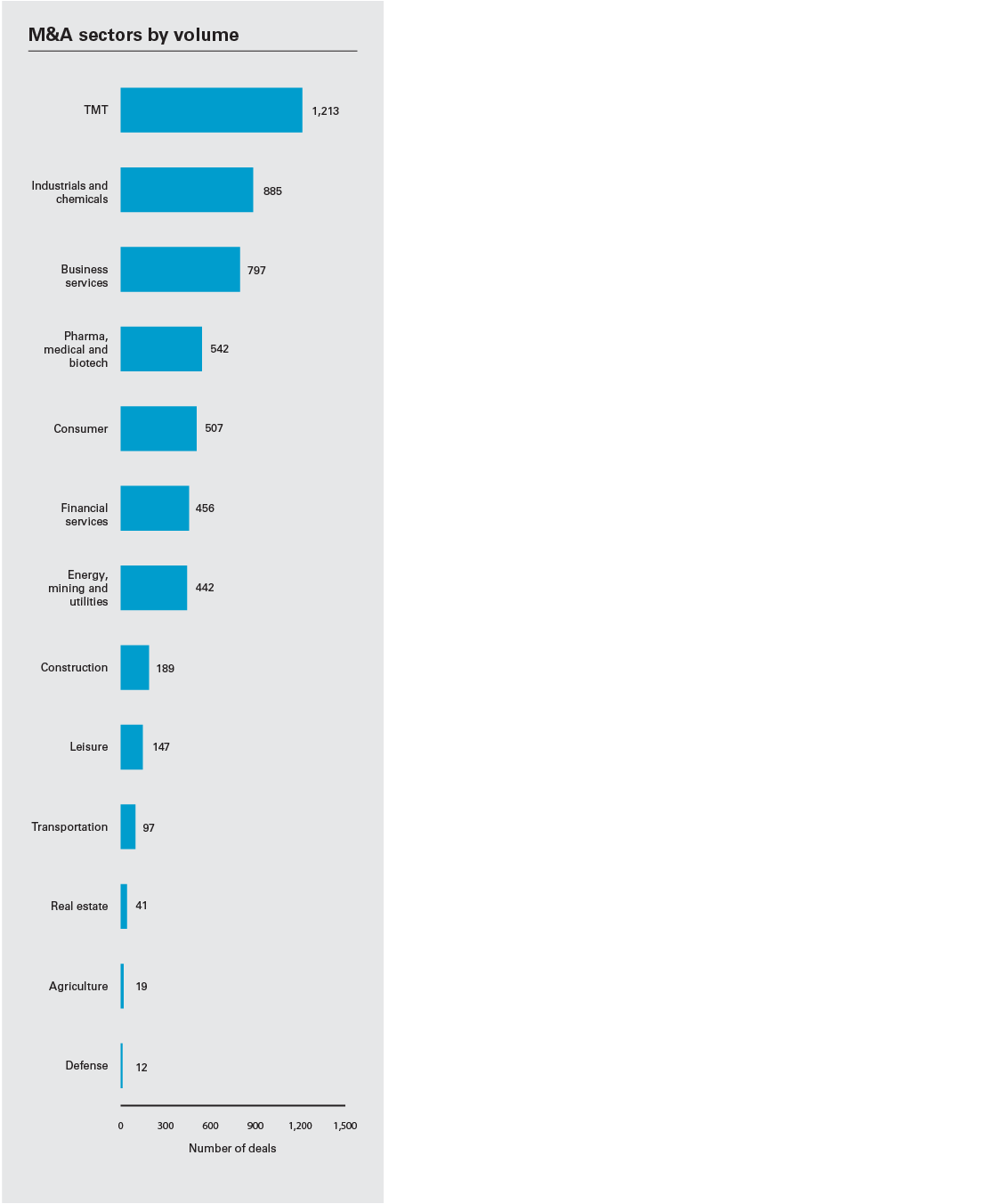