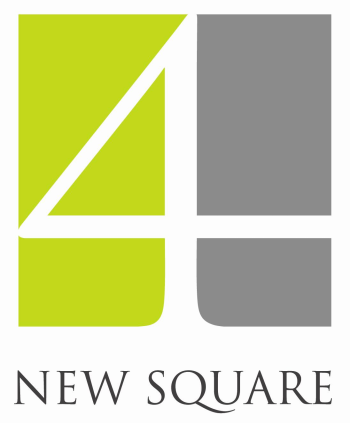 “In short, what has become known as the Arkin cap is, in my judgment, best understood as an approach which the Court of Appeal in Arkin intended should be considered for application in cases involving a commercial funder as a means of achieving a just result in all the circumstances of the particular case.  But I do not think that it is a rule to be applied automatically in all cases involving commercial funders, whatever the facts, and however unjust the result of doing so might be.”

Yesterday, Mr Justice Snowden handed down judgment on the application of the successful Defendants against the Claimant’s commercial funder, ChapelGate, for a non-party costs order under s. 51 of the Senior Courts Act 1981.

Following the handing-down of judgment on 11 April 2018, the Defendants’ total costs claimed were in the region of £7.5 million.   The Claimant had been ordered to pay £3.9 million by way of payments on account but had made no payments to date, prompting the s. 51 application.

ChapelGate accepted that a non-party costs order should be made against it and that it should be on the indemnity basis, as per the order made against the Claimant, Ms Davey, following the dismissal of her claims against the Defendants which included serious allegations of breach of duty and improper conduct tantamount to dishonesty (this was conceded in light of the decision of the Court of Appeal in Excalibur Ventures LLC v Texas Keystone Inc (No. 2) [2017] 1 WLR 2221).

There were two issues which the Court had to address:

By the time the Claimant had entered into the funding arrangement with ChapelGate on 23 December 2015, some £4.33 million had already been incurred by the Defendants in the claim.

Nevertheless, the Administrators maintained that ChapelGate’s liability ought not to be time-limited to the period commencing with the funding arrangement, principally because it was (in effect) the sole beneficiary of the Claimant’s claims against the Defendants.   They relied upon the order of priority of the application of the case proceeds under the funding arrangement, whereby ChapelGate would benefit first, and given the value of the Claimant’s claims, there was unlikely in practice to be any residue for the Claimant.   The Administrators submitted that ChapelGate stood to benefit from all the work done from the start of the litigation, and hence it should be liable for all the adverse costs without limitation of time, drawing an analogy with an assignee of a claim who becomes the litigating party by substitution.

The judge rejected this analogy (noting that an assignee would become the party primarily liable unlike a funder whose liability arises under s. 51) and held that in any event the matter was covered by authority, namely the first instance decision of Christopher Clarke LJ in Excalibur, in which he concluded that there needed to be a causal connection between the involvement of the non-party and the incurring of the costs in question.   Having referred to the decisions of the Court of Appeal in Hamilton v Al Fayed [2003] QB 1175 at [54] and of the Privy Council in Dymocks Franchise System (NSW) Pty v Todd [2004] 1 WLR 2807 at [20] in support of this requirement, Christopher Clarke LJ held (at [151]) that it was not appropriate to make the funders liable even where they were “in a sense, inheritors of the work of others”.

As such, the judge confined the costs order against ChapelGate to costs incurred after 23 December 2015.

Mr Justice Snowden set out a detailed analysis of the decision in Arkin, and the doubts cast upon it in both authority (including the decision of Foskett J in Bailey v GlaxoSmithKline UK Limited [2018] 4 WLR 7, in which he rejected the argument in a security costs application that the Arkin cap would necessarily be applied at the end of trial) and commentary (including Sir Rupert Jackson’s Final Report of the Review of Civil Litigation Funding in December 2009, recommending that the extent of the funder’s liability should be a matter for the discretion of the judge in the individual case).

There were three areas of dispute between the parties on the application of the Arkin cap:

In reaching the conclusion that the Arkin cap was an approach which could be used in an appropriate case but did not limit the court’s discretion in any way (the conclusion set out at [89] and quoted above), the judge carried out the following analysis of the authorities:

The judge did not consider that the “otherwise objectionable” criterion was applicable save in cases where the funding in question was champertous.   He found that this was the context of the statement at paragraph [40] in Arkin; the Court of Appeal was not intending to refer to or create any other, or undefined, category of case.

Finally, the judge considered the various factors of the case in order to decide whether or not a cap should be applied.   The following factors led the judge to conclude that – balancing the principle that the successful party should have its costs and enabling commercial funders to continue to facilitate access to justice – this was not a case in which to apply the Arkin cap:

Implications of the decision

The clarification provided by Mr Justice Snowden that the Arkin cap is not a rule or principle has been anticipated by many in the ten years since Sir Rupert Jackson’s 2009 Report.    Since the decision in Arkin in 2005, the litigation funding market has enjoyed significant growth and profited from the benefits of a supposed ‘cap’ on liability; it may therefore be better placed as a whole to endure the loss of this protection.   How the market will respond remains to be seen; perhaps with an increased reliance on ATE insurance; and perhaps with more precise and defined scope for funding (closer to the facts of Arkin).

This article and the other articles in the series are not to be relied on as legal advice. The circumstances of each case differ and legal advice specific to the individual case should always be sought.