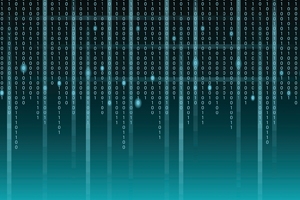 In a recent multi-district case involving patent infringement allegations relating to MRI imaging, Judge Stearns granted motions for protective orders directed to untimely-served subpoenas on third party customers. The case stems from an action filed by NeuroGrafix and others against Brainlab, Inc., Brainlab AG, and Brainlab Medzinische Computersysteme GmbH (collectively, “Brainlab”), among other defendants, alleging infringement of its U.S. Patent No. 5,560,360, related to a neurography system.

By way of background, NeuroGrafix was granted an extension of fact discovery in order to accommodate NeuroGrafix’s retention of new counsel, with the express caveat that, “[t]he remaining fact discovery must focus on new issues raised by the proposed complaint and/or any new defenses, or that could not otherwise have been reasonably completed prior to this time” (emphasis added). On August 22, 2017, the last day of the extended fact discovery deadline, NeuroGrafix provided to a process server subpoenas directed to Brainlab’s customers.

Brainlab challenged these subpoenas by filing an emergency motion for a protective order to block enforcement of the subpoenas and prohibit collection or use of the sought information, arguing, in relevant part, that the discovery was sought after the close of fact discovery and that there was no good reason why the customers were not subpoenaed before the original fact discovery deadline.

In response to the emergency motion, NeuroGrafix filed on the same day the subpoena they served on Brainlab’s customers with the court. Brainlab then, later that day, filed a supplemental motion for a protective order, further arguing that NeuroGrafix made a conscious decision to not serve the subpoenas prior to the original fact discovery deadline.

The next day, Judge Stearns granted the motions, noting the express caveat with which he granted an extension of fact discovery – that “[t]he remaining fact discovery must focus on new issues raised by the proposed complaint and/or any new defenses, or that could not otherwise have been reasonably completed prior to this time” (emphasis added). In view of the fact that this case had been pending for over five years, that discovery had been ongoing for several years, and that NeuroGrafix had been aware of its indirect infringement claim against Brainlab since at least December 2013, the court struggled to see why discovery of Brainlab’s customers could not have been timely completed during the original fact discovery period. Judge Stearns further ordered the parties to meet-and-confer regarding “the most efficient and effective way to inform Brainlab’s customers of the court’s protective order, with NeuroGrafix to bear the cost of any such missives.”