The Singapore Convention - A Funder’s Perspective 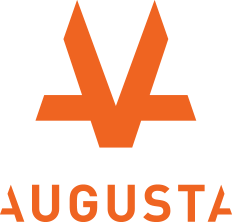 In 1958 the United Nations forever changed the way the world perceived international arbitration with the advent of the Convention on the Recognition and Enforcement of Foreign Arbitral Awards – universally known as the ‘New York Convention’ 1. Today, a country is regarded as “arbitration friendly” and “pro enforcement” if in the first instance it has ratified the New York Convention.

60 years on, the United Nations has yet again heralded in a new convention, this time on international settlement agreements resulting from mediation (the Singapore Convention). This week delegates from 116 countries congregated in Singapore to witness the historic signing of the Singapore Convention. The 46 initial signatories include major economies such as the US, China, India and South Korea. The Convention aims to further legitimize mediation as a reliable method of alternative dispute resolution by facilitating the enforcement of settlements resulting from the mediation of international commercial disputes. Crucially, it aims to accord meditation wider acceptance by providing an international standard for its recognition and enforcement, thereby reinforcing its credibility.

The mere fact that parties agree to mediate does not of course guarantee that a mutually agreed settlement will inevitably be reached. The heart of mediation lies in consensus between parties but once that consensus is reached and is incorporated into a settlement agreement it will be the certainty of enforcement of that agreement that makes the Singapore Convention attractive.

From a dispute funder’s perspective mediation employed at strategically sensible stages can be a very effective avenue to reach settlement or narrow the issues that remain disputed. A successful mediation will both reduce the costs and resolve the uncertainties inherent in all legal proceedings. When contemplating whether to extend funding to include a mediation, the factors that funders consider are likely to mirror those that a reasonable commercially minded litigant would – namely, would the mediation in all likelihood result in a tangible financial settlement that is capable of being recovered.

Given the non-recourse nature of third-party legal finance, funders appreciate the certainty that results from a negotiated settlement following a successful mediation. The Singapore Convention will now give funders additional comfort that the terms of the mediated settlement will be complied with by the paying party through an internationally ratified framework. This in turn will give businesses greater confidence to mediate cross-border disputes in the knowledge that they can enter mediation and rely on any settlement reached without fear of its previous non-binding nature.

It is hoped that in an economically interdependent world the importance of an improved legal framework such as the Singapore Convention will be widely acknowledged and embraced.

The promotion and education associated with its introduction will no doubt itself bring about greater awareness of the process, an increased impetus to mediation institutions, the incorporation of related legislation into national frameworks and more sophisticated processes globally.