But no longer, there’s now effective protection in the Sydney Harbour Planning Controls.

The Land and Environment Court of New South Wales has upheld the Sydney Eastern City Planning Panel’s refusal of a proposed marina development because it did not comply with the Planning Controls.

This is an analysis.

Enares proposed a significant marina expansion. The water-based component was to increase the number of permanent berths from 55 for vessels up to 18 metres in length (5 onshore, 50 floating) to 109 to accommodate vessels from 10 metres to 45 metres in length, and up to 7.5 metres in height (all in floating berths).

These were the locality and specific plans for the development:

The SEPP-SHCand DCP-SHFW share the same set of planning principles.

These extracts are relevant:

Section 10.1(2) adopts certain principles for the purpose of enabling [its] aims, as follows:

(a)   Sydney Harbour is to be recognised as a public resource, owned by the public, to be protected for the public good,

(b)   the public good has precedence over the private good whenever and whatever change is proposed for Sydney Harbour or its foreshores,

(c)   protection of the natural assets of Sydney Harbour has precedence over all other interests.

(b)   development should maintain, protect and enhance the unique visual qualities of Sydney Harbour and its islands, foreshores and adjoining tributaries,

(c)   the cumulative impact of water-based development should not detract from the character of the waterways and adjoining foreshores.

The matters to be taken into consideration in relation to the maintenance, protection and enhancement of views are as follows –

The DCP recognises different landscape characteristics around Sydney Harbour. The experts agreed that this development was within the Landscape Character Type 16, which contains this Statement of Intent:

“These areas have a high degree of built form with waterside commercial, residential, and industrial development dominating the foreshore. The mix of uses provides a distinctive urban character which should be maintained. The intent for these areas is to encourage appropriate waterfront development while protecting the character and amenity of developed areas, foreshores and the shoreline.”

The Court stated that:

“The key concern is the new and visually intrusive presentation of a linear massing of large vessels, cumulatively (i.e. including the existing marina footprint) around 250m in total length; essentially taking up the waterway between the existing marina and Gladesville Bridge (offset a minimum of about 8m).”

The visual analysis experts considered the visual impact of the marina expansion from eight selected public domain v+iewer positions (public places such as parks, roadways, reserves and from the water).

The Court focused on two locations where the experts significantly differed:

The view from Victoria Place (a public road) at Five Dock Point, across the marina to the Gladesville Bridge which is the “centrepiece” of the view (see fig. 2at end).

The Court found that “the grouping of 35m and 30m vessels would certainly compete and at times block the bridge’s northern abutment interface of the Gladesville Bridge and the northern shoreline”.

The point that marinas were seen as visually interesting was accepted, “but scale and context must be factored in”.

The marina’s expert downplayed the scale and context impact by drawing attention to the “more dominant landscape features in the setting” (the Gladesville Bridge, the Five Dock Point, and the escarpment above the shore) into which he said the marina “nestled in” to demonstrate the “relatively modest scale of the proposal”. He said that the berthed vessels when viewed from the water would soften the visual effect. (see fig 3 at end)

The Court found this to be “unconvincing” and did not satisfy the DCP-SHFW.

The Court concluded that the impact on the view of the bridge and its setting was significant “with respect to overall massing and size of vessels”.

Finally, although the viewing spot is infrequently used by pedestrians, it is over Crown Land and close by a “notable and heritage listed destination” i.e. Howley Park and the abutments to the original Gladesville Bridge.

The Court concluded that the proposal “does not protect the character and amenity of foreshore in the site environs” in terms of Landscape Character Type 16.

2. The view from the water, on the Ferry Rivercat travelling between the Gladesville Bridge and Huntleys Point Wharf.

The Court’s concern was to retain the “existing visual character of the foreshore in the environs of the marina … for the benefit of those on the water”.

The ferry passes close by the marina (see fig 4at end). The ferry is used by commuters and tourists. The ferry service is regular in both directions, 7 days per week. The route is from circular Quay to Parramatta.

The view is also enjoyed from recreational craft, particularly on the weekend.

The marina expert’s view was that the view impact from the public waterway was low because the Rivercat was a fast-moving vessel and the setting changes very quickly.

The Court found: “It is clear that this harmonious embayment view, water and land/water interface, as available now, would no longer be available from a considerable area of the waterway. It does not seem unfair to coin the phrasing “wall of boats” to describe the proposal as viewed from the central area of the waterway, nearby. There is no doubt that boats can be pleasant to look at of themselves. But due to the expanded marina length, and then the size of the vessels proposed, the proposal would be a visually intrusive, negative factor and incompatible with the existing character of the embayment.”

For completeness, the Court expressed these views on other considerations raised:

Public Good – Were there general public benefits in approving the proposal and specifically, was there public demand for the boating-related services and facilities proposed?

“the proposal is at odds with SEPP-SHC aims associated with protecting, enhancing and maintaining the foreshores and waterways of Sydney Harbour as an outstanding natural and public asset for existing and future generations”. “… it is unreasonable that the pleasant scenic outlook into this embayment be lost almost in its entirety, to those otherwise enjoying the qualities of the waterway, now and in the future, such as those who might be commuting, exercising and generally enjoying recreational times on this part of the harbour.”

The Sydney Harbour Planning Controls provide effective legal protection against developments on the foreshores and waterways of Sydney Harbour because they give precedence to the public good over private good.

Preserving visual amenity (which includes views) from public places, landmarks and heritage items is a factor in the public good. The visual impact when viewed from a public park, road or from the water is more significant than private views from private property.In this case, the significant visual impact led to the refusal of the marina expansion.

The conclusion is that views to and from Sydney Harbour are so scenic and unique that only developments on the foreshore and in the waterways which satisfy the public good and maintain, protect or enhance those views will be approved.

Note: The Court has now given a second decision which contains a detailed examination of the Planning Controls - Stannards Marine Pty Ltd v North Sydney Council [2022] NSWLEC 99. This decisionconcerns a proposed floating dock at Berry’s Bay in North Sydney, which was rejected. This decision will be  analysed in an article which follows. 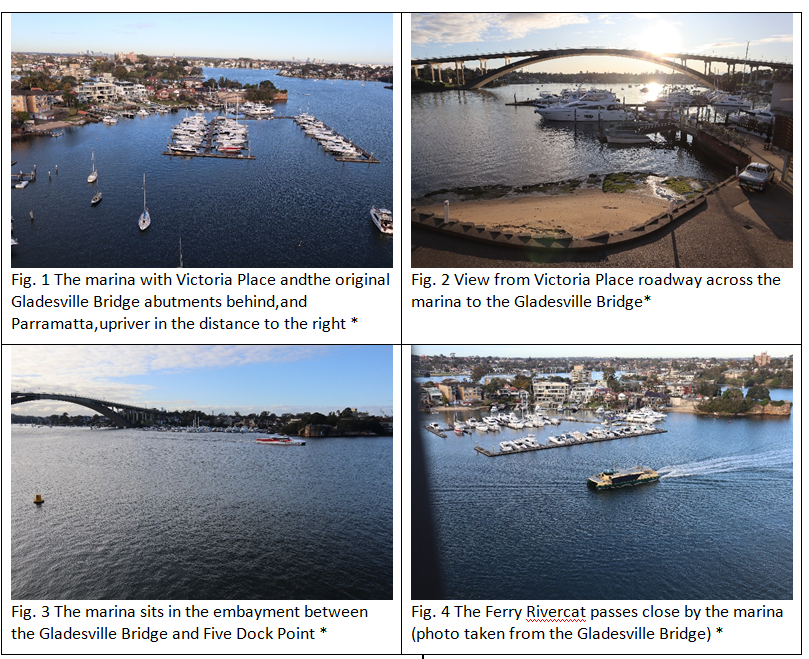