On 18 June 2019 Facebook released its whitepaper for its long-awaited planned cryptocurrency Libra coin, disclosing that Facebook will participate in, but not control the new token, which will be governed by the Libra Association, an independent not-for-profit membership organisation headquartered in Geneva Switzerland. Given the Australian Securities and Investment Commission (ASIC) has recently updated its INFO 225 guidance on initial coin offerings (ICOs) and crypto-assets, we consider some key legal issues around Libra under Australian law.

What is the Libra coin?

The proposed Libra coin is designed to be a stable digital cryptocurrency which will be fully backed by a reserve of real assets (known as the Libra Reserve) and supported by a network of exchanges where the Libra coins can be bought and sold.

A point of difference with other stable coins in the cryptocurrency industry is that the Libra coins will not be pegged to a single country’s currency but will almost certainly fluctuate in value in accordance with the value of the underlying assets and corresponding exchange rates with local currencies.

The underlying assets will be held by:

“a geographically distributed network of custodians with investment-grade credit rating”

The interest earned from the reserve assets will be used to cover the costs of the system.

The participants in the system include major brand name payment processors, silicon valley venture capitalists, and other major companies who each must pay a minimum of US$10M to operate a node, with the funds used to create the Libra Reserve. 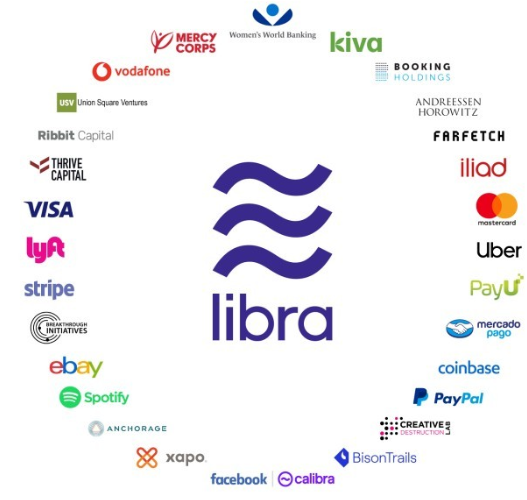 The use of a consortia of heavy hitting financial players and the largest social media company in the world brings a level of urgency to the regulatory issues around Libra and cryptocurrency. In the past, many regulators in Australia have indicated that cryptocurrencies are too small relative to the marketplace to warrant specific regulation or attention, but the Libra project brings potentially more than 1.5 billion users if integrated fully into Facebook’s suite of software offerings. Such a potential userbase will catapult the issue of regulation of blockchain, distributed ledger technology and cryptocurrencies to the attention of global and Australian regulators.

Regulation of the Libra coin

In Australia, ASIC’s view is that there is a real risk that ASIC will consider most cryptocurrency projects, Initial Coin Offerings or token generation events as managed investment schemes (MIS) or financial products, requiring compliance with the disclosure and licensing requirements under the Corporations Act 2001 (Cth) (Corporations Act).

Similar to the reservations expressed by some Representatives in the US House of Representatives Committee on Financial Services, ASIC is likely to have reservations about how the Libra coins, the Libra Reserve and the Libra Association plan to conform with Australia’s financial regulatory framework. Ranking Congress Member Patrick McHenry stated that in his recent letter to the Congressional Committee

“While there is great promise for this new technology in fostering financial inclusion and faster payments, particularly in the developing world, we know there are many open questions as to the scope and scale of the project and how it will conform to our global financial regulatory framework.”

It is likely that the plans for Libra will be of interest to ASIC, AUSTRAC, APRA and the Reserve Bank of Australia. Those offering fiat-to-Libra gateways will almost certainly be Digital Currency Exchanges under the Anti-Money Laundering and Counter Terrorism Financing Act 2006 (Cth) requiring registration and AML/CTF Program compliance, and wallet services or facilitation of payments made using the Libra blockchain may well constitute non-cash payment facilities and/or custody services under Australian law, which would require Australian Financial Service Licensing. The Australian Financial Review has also published several articles indicating a view that Libra will “challenge the banks”.

The pseudo-anonymous nature of the planned blockchain should avoid most Australian privacy regulatory concerns, at the protocol level at least. The published material for Libra is impressively detailed with not only a whitepaper but also technical papers on the Libra Blockchain and Move programming language, and information about the Libra Reserve and Libra Association, a transaction testnet and Github repository among others.

The Libra blockchain also promises to enable smart contract operation in the future and to move from a permissioned (that is more centrally controlled) state to a permissionless (that is uncontrolled by any central authority) state. Smart contracts have been around for a number of years and primarily power niche DApps (Decentralised Applications, which number 2,600+ to date) but are likely to play a significantly greater role in future transactions, automating significant parts of contract obligations, particularly in the finance world.

As the Libra project develops, further details will assist in clarifying how compliance or exemptions might impact Libra’s goals of bringing lower cost payments and smart contract accessibility to Australians. In the meantime the conversations with regulators around clearer guidance for crypto-assets (including possibly the Australian Treasury Consultation on ICOs) will take on new urgency, which can only be of assistance to those involved in the blockchain industry in Australia.