Last week, the U.S. State Department, with Treasury’s Office of Foreign Assets Control and Homeland Security’s Customs and Border Protection and Immigration and Customs Enforcement, issued a North Korea Sanctions & Enforcement Actions Advisory. The advisory highlights sanctions evasion tactics used by North Korea that could expose businesses – including manufacturers, buyers and service providers – to sanctions compliance risks under U.S. and/or United Nations sanctions. It also provides information on North Korean overseas labor to assist businesses in complying with the North Korean labor prohibitions of the Countering America’s Adversaries Through Sanctions Act. U.S. and other global companies should take the advisory into account in assessing their supply chain due diligence policies, procedures and internal controls.

Various U.S. and UN sanctions impose restrictions on trade with North Korea and the use of North Korean labor. Violations can result in seizures of goods, monetary penalties and criminal prosecution. The two primary North Korea-related supply chain risks for companies are (1) inadvertent sourcing of goods, services or technology from North Korea; and (2) the presence of North Korean citizens or nationals in companies’ supply chains whose labor generates revenue for the North Korean government. Both of these risks are addressed in the advisory.

Heightened Risk for and Potential Indicators of Goods, Services and Technology with a North Korean Nexus

A discussion of North Korean sanctions programs is beyond the scope of this Alert. For additional information on these programs, see our earlier Alerts here and here. But, as noted in the advisory, OFAC has authority to impose sanctions on any person determined to, among other things:

The advisory identifies five areas of heightened risk for and potential indicators of goods and services with a North Korean nexus. The examples cited in the identified areas below are from the advisory.

The Countering America's Adversaries Through Sanctions Act, which was adopted last summer, restricts entry into the United States of goods made with North Korean labor, wherever located, and imposes sanctions on foreign persons that employ North Korean labor. For a further discussion of the CAATSA, see our earlier Alert here.

The industry/country list is not comprehensive. Conversely, as also noted in the advisory, countries may have taken actions to expel North Korean workers since the data was reported, in response to UN Security Council resolution 2397, which requires UN Member States to repatriate all North Koreans earning income by December 2019.

The advisory lists the DHS’s CAATSA guidance and CBP’s reasonable care guidance, both of which are discussed in our earlier Alert, available here.

The advisory also mentions the Responsible Sourcing Tool funded by the State Department. This tool is an online platform with resources to help federal contractors, acquisitions officers and businesses identify, prevent and address human trafficking risks in their global supply chains. 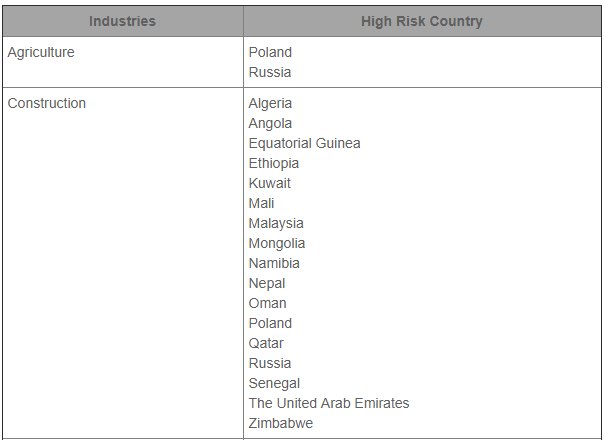 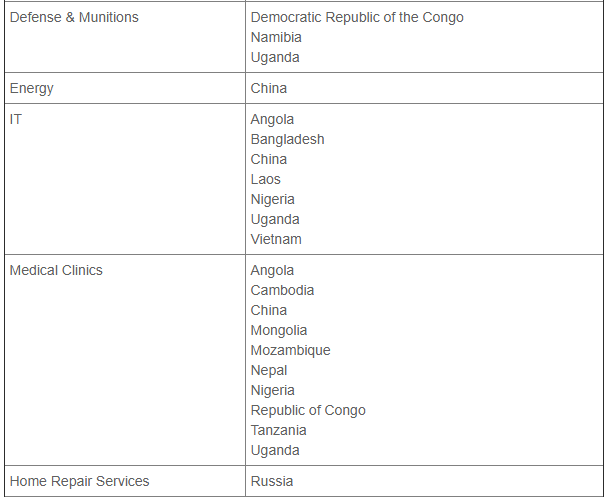 Other Countries Identified in the Advisory (industries not specified):

Dawn raids: the do's and don'ts