It’s not trendy if it’s appropriating

Appropriation of indigenous cultures is not a new issue, but examples of appropriation are increasing at an alarming rate, and the issue needs to be addressed.

For example, if you walk down the wine aisle at your local supermarket, you will notice a significant number of Māori brands. If you examine those wine labels a little closer, you’ll find that only a few are actually associated with a Māori organisation. You may wonder what’s wrong with using te reo and Māori imagery in this way, because this use is a celebration of what is uniquely Aotearoa/New Zealand. You may also consider this branding and imagery is trendy.

Some say that misuse of Māori culture is a modern form of colonisation and constitutes appropriation. In our view, using a Māori brand or image brings with it a wide range of obligations and responsibilities, such as embracing a Māori worldview and living up to Māori values, kawa, and tikanga. If you aren’t willing to take on the additional obligations and responsibilities when adopting a Māori word or image, then you need to take care, because you risk attracting negative publicity and accusations of appropriation. This can be catastrophic to your business.

Below, we examine a couple of recent examples that demonstrate what can happen when you get it wrong. At the same time, we will explore what you can do to get it right.

What can happen if you get it wrong

A second, more recent, example is the opening of a Wellington shop under the name HURUHURU.

The owners had successfully obtained trade mark registrations for their logo: 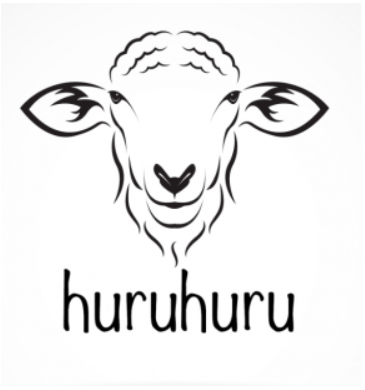 The owners chose the word HURUHURU because, from their limited research, they found the word translates as ‘wool’, ‘feather’, or ‘fur’. While these definitions are accurate definitions for HURUHURU, HURUHURU also has another colloquial translation as ‘pubic hair’.

Once the store opened, the owners received some negative comments and feedback given the colloquial meaning of the word.

The shop owners argued the mark was considered by the Māori Trade Marks Advisory Committee, who had not raised any objection, and therefore, they were free to use the mark. But it is important to recognise the Māori Trade Marks Advisory Committee only considers whether a trade mark is offensive. Because the offensiveness test sets such a high threshold, you can see why this application did not encounter an offensive objection. The use of HURUHURU in this stylised format on these goods is not offensive. It may be culturally inappropriate given the colloquial meaning of the word, but it is not offensive. In a previous article, we have discussed whether offensiveness is the appropriate test.

You may think determining whether something is appropriation is difficult and requires an in-depth assessment. For the most part, all that is required is considering a different approach. If you have to pause to think whether your actions could be seen as offensive, then it probably is offensive and could be considered appropriation.

If full consideration had been given, the above examples could have been prevented.

What you can do to get it right

If you want to use a Māori word or image as a representation of your business, then seek advice. It is a simple way to avoid potential embarrassment and negative media attention, and will demonstrate your consideration of the cultural implications for Māori.

Before opening a Māori dictionary and selecting a Māori word, think about the reasons you have chosen to use a Māori word rather than an English word. As you can see from the HURUHURU example above, choosing a Māori word based on one recognised meaning of the word isn’t the best approach, because most Māori words have several different meanings.

Just because other non-Māori people have adopted Māori words for their business doesn’t mean you can too. As you can see from the above examples, if you ignore the cultural considerations, then you risk your businesses reputation being undermined.

If you aren’t of Māori descent and choose to use a Māori word to represent your business, then we recommend you start thinking about these broader considerations. Ignoring or disregarding these considerations only increases the likelihood your business could encounter negative responses or end up in the news (and not for the right reasons). Being uninformed is no longer an excuse.

Until the law is updated to better protect Māori culture and Māori interests, non-Māori businesses need to take care when adopting Māori words or images. At the very least, seeking independent advice from a cultural expert is critical before adopting the brand or imagery. The above considerations are a guide to help you build your own cultural competency and ensure you are meeting and maintaining Te Tiriti o Waitangi obligations when using those brands.