The Delhi High Court in a case1 directed to suspend/block/delete names /domain names/websites of certain fraudulent entities such as AmulFranchise.In and restrained them from using the words/expressions AMUL with or without a prefix or a suffix. Gujarat Cooperative Milk Marketing Federation Ltd. and Anr. (GCMMFL) that their mark ‘AMUL’ is classified as a wellknown mark and they are the only one authorized to use it by way of their website being www.amul.com. Further, any unauthorized use of the mark will result in the deceiving the public at large by creating an impression that they are either the services rendered by them or their authorized representatives. 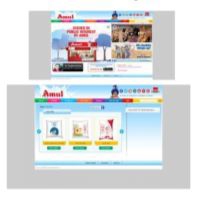 The Delhi High Court in a case 2 restrained Dream11 Team and its proprietor, partners, employees and agents from using the mark “Dream 11” and the logo hereafter or any other trademark/logo

which is deceptively similar to trademarks and logo of Sporta Technologies Pvt Ltd. (STPL). STPL argued that they are the proprietor of the registered trademark “Dream 11.com” and also operate a website with domain name www.dream11.com and adoption of identical mark by Dream11 Team has created confusion in the minds of the consumers.

The Delhi High Court in a case 3 restrained Viki Furniture from infringing the copyright of Inter Ikea Systems BV and also passing off their goods as that of the Ikea through their website www.vikifurniture.com and products listings in www.flipkart.com and other ecommerce portals.

The Super Cassettes Industries Private Limited which operates under the brand name T-series has issued notices to many social video platforms, including Bolo Indya, Mitron, MX Player’s Takatak, Triller and Josh, for copyright violations. In the subject infringement notice, Tseries has asked each of these short-video platforms to pay around Rs 3.5 crore in damage and render accounts of all revenues illegally earned by the platforms from their copyrighted content.

The Geographical Indications of Goods (Registration and Protection) (Amendment) Rules, 2020 have come into force on August 26, 2020. The amendments provide clarity for traders and producers, and help ensure the continued smooth operations of the GI Registry.

Dalle Khursani, red hot cherry pepper of Sikkim is set to get a geographical indication (GI) tag from the Department for Promotion of Industry and Internal Trade (DPIIT). The chilli is used in local food preparations, particularly with momos. Along with the food preparation the chilli is also known for its medical properties.

A Kochi based assistant professor with the School of Environmental Studies, Cochin has been granted a patent for an invention which could be installed in the backyard of the house to easily convert kitchen waste into compost in a short period. The whole process as claimed is clean and economical as compared to other methods of composting.

The Delhi High Court in a case4 granted ex-parte ad-interim injunction against Modern Insecticides Limited for infringement of the patent rights in Insecticide Chlorantraniliprole owned by FMC Corporation (FMC). FMC argued that the present patent was originally granted to E.I. DuPont and has been assigned to them. Further, they are the co-owners of the registered Indian Patent being IN 201307 (in short, ‘IN 307’) on being assigned to them in respect of Insecticide Chlorantraniliprole, also known as CTPR, which is sold by them under the brands CORAGEN® and FERTERRA®.