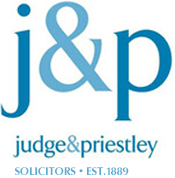 The Upper Tribunal was asked whether services charges were reasonable in the case of Residents Company Limited v Hyslop.

On 19 November 2018 the First-tier Tribunal (FTT) delivered its decision about the reasonableness of service charges for the two years ending 31 March 2015 and 31 March 2016, and their payability by the long leaseholders of flats in the building, including the respondent. However, in respect of the respondent only, it adjourned to another hearing the question whether the sums demanded for those two years were validly demanded from her.

After a further hearing on 20 March 2019, the FTT delivered a decision, that the service charge demands for those two years had not been received by the respondent. This was the appellant’s appeal from that decision.

The Upper Tribunal found that the FTT’s assessment of the evidence about the delivery of the service charge demands for the two years in issue was irrational because it was not open to the FTT to make that finding on the evidence before it. Accordingly, the appeal succeeded and the FTT’s decision was set aside.

Accordingly, rather than remitting this matter to the FTT, the Upper Tribunal substituted the Tribunal’s own finding that the service charges that the FTT found were payable by the respondent for the years ended 31 March 2015 and 31 March 2016 were validly demanded of her.