Derivation Explained: An Introduction to the PTAB’s Most Unpopular Proceeding

This month marks five years since the U.S. Patent and Trademark Office (the “USPTO”) began examining patent applications under the America Invents Act (“AIA”) first-inventor-to-file system, rather than the predecessor first-to-invent system it replaced. Although this shift in legal systems more closely aligned the USPTO with its global counterparts, the U.S. system still differs in one very important way: the applicant of a patent application still must be an inventor. To enforce this requirement, the AIA created a new administrative proceeding called a “derivation proceeding” to “ensure that the first person to file the application is actually a true inventor.”1 Despite the fact that this dispute proceeding has been available for five years, it is by far the most underutilized of the AIA proceedings, and therefore also the most esoteric of the AIA proceedings.2 This article provides an overview of derivation and derivation proceedings and concludes with practice points to assist practitioners, patent applicants, and inventors with these otherwise inscrutable AIA concepts.

In layman’s terms, derivation is when someone obtains an invention from a true inventor, rather than actually inventing it herself, and then files a patent application claiming the invention as her own. A derivation proceeding is a contest between two inventors (or inventive entities) to determine which is entitled to a patent on the invention.3 Although derivation can occur in a number of ways, a common fact pattern includes an inventor disclosing her invention to a third party (e.g., a manufacturer) for a specific purpose (e.g., in order to procure and/or test a prototype) and the third party thereafter filing a patent application claiming the disclosed invention as her own.4

Notably, in order to have standing to file a petition, both the petitioner and the alleged deriver must have filed a patent application claiming the invention disclosed to the respondent.9 The petition must identify the alleged deriver’s at-issue patent application (or patent), demonstrate that the petitioner did not authorize the filing of the at-issue patent application (or patent), and further demonstrate derivation of the disclosed invention.10 To prove derivation, petitioner must establish prior conception of the claimed subject matter and communication of that conception to an alleged deriver.11 Conception, as established by the Federal Circuit, is the formation in the mind of the inventor of a definite and permanent idea of the complete and operative invention, as it is therefore to be applied in practice.12

Available Relief in a Derivation Proceeding

If a derivation proceeding is instituted, the PTAB will determine the true inventor of a claimed invention at issue in the petition.16 The PTAB may correct the inventorship of any patent application or patent at issue if it deems appropriate.17 Additionally, if the proceeding reaches the final decision stage and the inventor of the earlier filed application is found to have derived the claimed invention from the true inventor, the PTAB will, in the case of a patent application, finally reject pending claims of the application or, in the case of an issued patent, cancel claims during the final decision stage.18

Generally, petitioners request specific relief in their derivation petitions. In addition to the relief outlined above, petitioners have requested the voiding of assignments or that an alleged deriver’s patent not be considered prior art against petitioner’s application.19 Some also include catch-all language, seeking all other relief that the PTAB deems appropriate and “as is necessary to the perfection and enjoyment of petitioner’s rights to its inventions.”20

The Director may institute a derivation proceeding whenever the Director determines that a derivation petition demonstrates that the standards for instituting a derivation proceeding are met.24 The standard, as stated in 37 C.F.R. § 42.405(c), is whether the petition demonstrates substantial evidence that, if unrebutted, would support the assertion of derivation.25 As stated above, a showing of conception and communication of conception is required to prove derivation.26 The evidence must include at least one affidavit supporting the petitioner’s claim that the derived invention was communicated to the alleged deriver and that the petitioner did not give the alleged deriver authorization to file a patent application claiming the derived invention.27 The showing of conception and communication must be corroborated by evidence.28 In assessing the sufficiency of corroboration, a rule of reason applies.29

The practice rules give the PTAB discretion to defer or stay an institution decision in particular situations. As an example, the PTAB may defer an institution decision for up to three months after a patent is issued from an earlier application that includes a claim that is subject to a petition.30 As another example, the PTAB may defer action on a petition for a derivation proceeding or stay the proceeding after it has been instituted until the termination of an ex parte reexamination proceeding, an inter partes proceeding, and/or a post grant review that involves the patent of the earlier applicant.31 As yet another example, the PTAB may defer a decision on institution until at least one of petitioner’s claims is otherwise in condition for allowance.32 The PTAB’s actions on derivation petitions filed thus far signal a preference to defer an institution decision based on the prosecution of petitioner’s application.33

Even though the PTAB has deferred institution decisions in a number of cases, the PTAB has nevertheless issued several institution decisions.34 The results have been uniformly negative for the petitioners. In every decided case thus far (7 in total), the PTAB has refused to institute the derivation proceeding because the petitioner failed to meet either the petition requirements or its evidentiary burden under 37 C.F.R. § 42.405.35 Notably, the PTAB failed to find sufficient evidence of derivation in half of the cases in which the PTAB rendered an institution decision. Indeed, in three proceedings involving Catapult Innovations Pty Ltd. and adidas AG, the PTAB found that petitioner failed to show prior conception of the claimed subject matter and communication of that conception to respondent,36 but instead showed merely prior possession and communication of the prior possession, which cannot support a finding of derivation.37 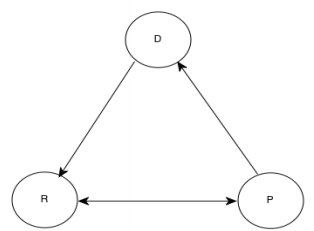 Given the PTAB’s unwillingness to institute any derivation proceedings to date, petitioners must scrupulously observe the petition requirements, paying careful attention to the “substantially the same” inquiries, and must marshal their evidence to present a strong showing of conception and communication of that conception in order to meet its burden of showing derivation. Conversely, respondents should critically evaluate these same aspects of the petition and look for opportunities to analogize to the many PTAB decisions finding petitioners’ showings to be insufficient on these points.