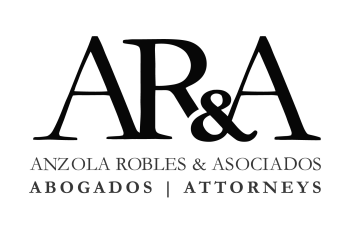 What are the relevant government agencies or departments with authority over projects in the typical project sectors? What is the nature and extent of their authority? What is the history of state ownership in these sectors?

Project sectors are primarily regulated and supervised by central government authorities. Municipal authorities have specific regulatory and supervisory roles as well, usually connected to property use. Projects in the areas of energy, oil, gas, minerals, natural resources in general, ports, telecommunications and transport require special licences, concessions or permits to operate. Further, extant environmental legislation requires the environmental authority, or the Executive Branch in certain cases, to review and authorise virtually all types of new project activity or development.

The main authorities involved in typical project sectors are as follows:

What government approvals are required for typical project finance transactions? What fees and other charges apply?

Under Panamanian law, project finance transactions generally do not need governmental approvals, except in the case of a transaction involving a governmental concession or regulated activity. Therefore, no fees or charges related to such approvals apply.

Must any of the financing or project documents be registered or filed with any government authority or otherwise comply with legal formalities to be valid or enforceable?

Financing documents do not need to be registered with any government authority, except for mortgages on certain assets and certain filings or governmental authorisations to perfect some types of collateral.

However, in the event that project documents should be submitted to any administrative authority or Panamanian court, the project documents must be translated into Spanish by a licensed Panamanian translator, and if the documents have been executed outside Panama, the signatures on the documents should be authenticated by a diplomatic or consular officer of the government of Panama in the jurisdiction of execution or pursuant to the 1961 Hague Convention on the legalisation of documents (apostille).

Panama is a member of the ICSID Convention and the New York Convention of 1958.

There are no disputes under Panamanian law that would be subject to automatic domestic arbitration.

Under Panamanian law, and as a general rule, parties are free to select the law of their choice in all commercial transactions, as long as such selection is not made with the intention to avoid the application of another law.

Foreign financial agreements involving Panamanian projects are frequently governed by the laws of New York State or other jurisdictions commonly used and favoured for international financial transactions. Whenever assets that are mortgaged, pledged or held as security are located in Panama, Panamanian law should govern.

Is a submission to a foreign jurisdiction and a waiver of immunity effective and enforceable?

What laws or regulations apply to typical project sectors? What regulatory bodies administer those laws?

The following are the main regulations and institutions regulating typical project sectors:

The information provided was verified between May and July 2020.