You may recall our last post on the Federal Court decision about two appeals by Trident Seafoods Corporation (“Trident Seafoods”) from decisions made by delegates of the Registrar of Trade Marks in relation to disputes with Trident Food Pty Ltd (“Trident Foods”).

By way of brief re-introduction, Trident Seafoods was founded in 1973 and provides fresh, tinned and frozen seafood products globally under this brand: 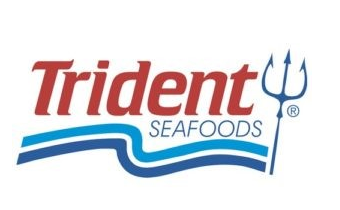 “TRIDENT” is an Australian brand owned by Trident Foods, which is a wholly owned subsidiary of Manassen Foods Australia Pty Ltd (Manassen). The “TRIDENT” brand is closely connected with Asian flavours and ingredients:

Even so, her Honour exercised her discretion to not remove the marks from the Register, noting that Trident Foods’ recent (post non-use period) good faith use of TRIDENT on tinned tuna products supported a developed intention to use the mark on seafood products and further, Trident Foods and Manassen had now entered into a licence agreement to formalise their relationship concerning the trade marks.

The primary judge also upheld Trident Seafoods’ opposition to trade mark application no. 1635410 (Trident Foods TM Application) after considering Trident Foods’ failure to adduce evidence demonstrating an actual intention to use and the issues surrounding Manassen’s use of the TRIDENT mark.

The two appeals were heard together by the full Federal Court consisting of Reeves, Jagot and Ringiah JJ.

The Full Court ultimately held that Trident Seafoods had failed to identify any fin that constituted an error of the requisite kind to justify appellate intervention in respect of the exercise of a discretion.

The Full Court therefore dismissed Trident Seafoods’ appeal, finding that the primary judge had not erred in exercising her discretion to refuse the removal of TM266625 and TM400953 from the Register.

Those who swim together, stay together

In doing so, the Full Court had consideration of the following:

However, the Full Court was not persuaded that use of the TRIDENT marks during the relevant period on dates, tinned Chinese vegetables, and tinned corn would constitute similar goods to provide a further factor supporting the exercise of the discretion in section 101(3). The fact that those goods emanated from the same producer and were sold in the same shops does not mean that they are similar goods to the fish and fish product goods.

Given that the Full Court considered the primary judge’s exercise of discretion under section 44(3)(b) involved error, it was necessary for the Full Court to consider the exercise of the discretion themselves. In its view, there were compelling reasons why it was proper that the Trident Foods TM Application should proceed to registration:

The Full Court therefore accepted the Trident Foods TM Application for registration on the basis that the above circumstances gave rise to a proper basis pursuant to section 44(3).

This decision suggests a more flexible approach to the question of authorised use than that indicated by Lodestar, as well as to the exercise of the Registrar’s discretion to refuse removal despite non‑use. It also provides guidance as to the Court’s view on corporate entities who share the same directors acting with an agreed ‘unity of purpose’ despite being separate legal persons.