IP Insight is a series from Virtuoso Legal, the intellectual property specialists. This post concerns the invalidation of one of adidas’ famous “three stripe” marks by the General Court.

adidas currently have over 5,000 live marks registered in the world. Most of the marks are registered in class 25 (clothing, footwear).

In December 2013, adidas applied to register the three-stripe mark mentioned above as a figurative mark in class 25 for “Clothing; footwear; headgear.” The mark was described as consisting of “three parallel equidistant stripes of identical width, applied on the product in any direction.” The mark was registered on 21 May 2014.

In December 2014, the Belgian company, Shoe Branding Europe BVBA applied to invalidate the mark on the grounds it was devoid of any distinctive character. On 30 June 2016, the Cancellation Division published its decision agreeing with Shoe Branding Europe, holding that the mark was devoid of any distinctive character, inherent and acquired through use. adidas appealed and on 7 March 2017, the Second Board of Appeal of EUIPO dismissed the appeal agreeing with the Cancellation Division’s decision. adidas appealed against the decision.

The unjustified dismissal of some of the evidence 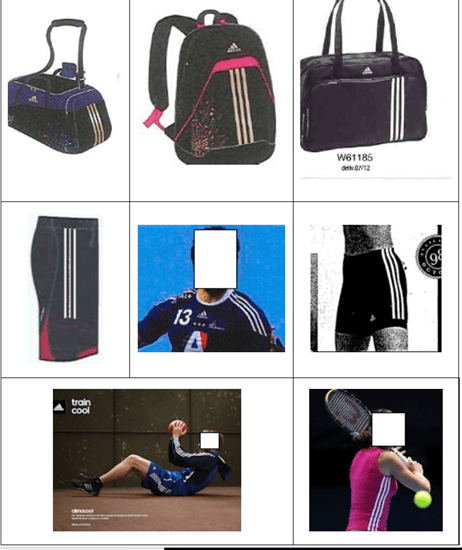 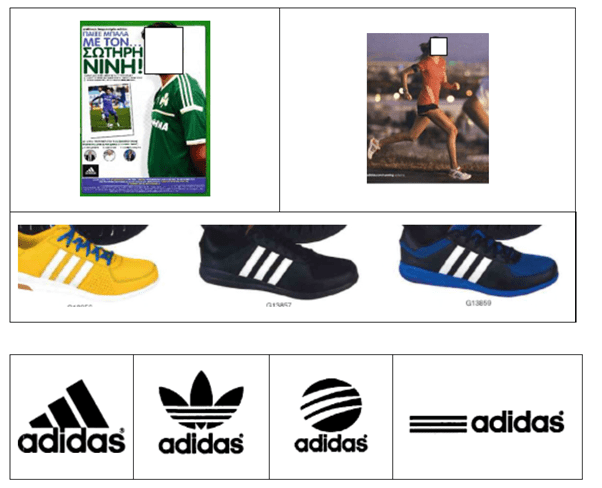 Misinterpretation of the mark

The Board of Appeal had interpreted the mark as consisting of “three vertical, parallel, thin black stripes against a white background, whose height is approximately five times the width.”

Misapplication of the law of permissible variations

Furthermore, adidas submitted that the Board of Appeal should have applied the law of permissible variations and that the use of a mark in a different form does not alter the distinctive character of the mark.

The Court agreed with adidas stating that when it comes to the use of a trade mark within the meaning of Articles 7(3) and 52(2) of the Regulation 207/2009, “must be interpreted as referring not only to use of the mark in the form in which it was submitted for registration and, where relevant, registered, but also to the use of the trade mark in forms which differ from that form solely by insignificant variations and that are able, therefore, to be regarded as broadly equivalent to that form.”

However, the General Court disagreed with adidas when it came to the permissible variations. Firstly, the Court mentioned that the mark has an extremely simple character. Secondly, the General Court stated that since the colour scheme was reversed, this altered the distinctive character of the mark. Some of the evidence shown two stripes instead of three stripes and could not be admitted. Furthermore, where there were brought as evidence three stripes on a white background, they were clearly of a different size than the registered mark.

adidas submitted that there was an error of assessment made by the Board of Appeal, arguing that the mark had acquired the distinctive character.

The General Court went on to analyse again the evidence submitted by adidas. In relation to the images submitted, the court stated that while some of the images did correspond with the mark at issue, they do not show that “that use was sufficient in order for a significant proportion of the relevant public to identify, based on the mark at issue, a product as originating from a particular undertaking.”

adidas produced an affidavit presenting figures relating to turnover, marketing and advertising expenses. As this referred to other products, the court held that the figures “do not establish that the mark at issue has been used and has acquired distinctive character following the use which has been made of it.”

The critical takeaway here is that “the law of permissible variations” cannot be used by big companies where the mark has significant variations. Furthermore, the companies need to carefully prepare the evidence they want to use to defend their mark and not to include unnecessary or irrelevant evidence. Underpinning all this is the importance for specialist oversight when it comes to management of complex trade mark portfolios at the outset and throughout a complex claim such as the above.