Guangdong Oppo Mobile Telecommunications (“Oppo”) is a renowned Chinese smartphone maker founded in 2004 in Dongguan City, Guangdong Province, PR China. It enjoys nearly one-fifth of the market share in China and accounts for 8-9% of the global sales for smartphones.[1] Oppo developed an android-based mobile operating system named ColorOS that runs in its product series. Oppo also holds and controls an internet services platform called HeyTap, which offers smartphone users the ability to download and install applications. HiCall (tentatively so-named in this article as no official English translation found), or phonetically HiLaiDian (嗨來電), was an application which featured a variety of customized ringtones, videos and screen effects which would appear upon the user being called by a unique caller. 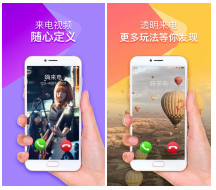 Oppo found that HiCall overrode its ColorOS by forcibly popping up notifications or advertisements when a phone was in lock-screen mode, before or after closing the HiCall app. Oppo and HeyTap jointly sued HiCall on several anti-competitive grounds for this hijack practice, before the Hangzhou Internet Court.

In the plaintiffs’ complaint, the defendant’s application (“app”) HiCall used technical means to maliciously produce false notifications and advertisements before and/or after the Oppo phone user locked the phone screen, and even allowed pop-up advertisements when the user quit the HiCall app. Furthermore, HiCall imitated Oppo's built-in lock-screen functions by enabling 'swipe right to unlock' and by disabling lock screen. Users were very likely to confuse these functions with those that were offered by Oppo or mistakenly believe that these advertisements and notifications were created by Oppo. The plaintiffs alleged that HiCall undermined Oppo and HeyTap's long-established goodwill regarding user experience as well as their business reputation by seriously harming the ability of Oppo users to use Oppo products to their satisfaction through its actions. Oppo and HeyTap collectively claimed damages amounting to CNY 4.9 million and requested a number of injunctions that aimed to discontinue HiCall's accused functions.

In its defense, HiCall countered Oppo and HeyTap’s claims by asserting that Oppo and HeyTap lacked standing to file a joint action because their scopes of business neither relate nor depend on each other. In HiCall’s explanation, there is no connection between a “hardware terminal, operating system, and a value-added service.” Immediately after the sale of a smartphone, be that smartphone from Oppo, the ownership and control of that phone has been transferred to the user, thereby giving the user the ultimate authority to download or uninstall any applications as the user wish, HiCall emphasized. HiCall’s personalized information push services were not an illegitimate technical means to interfere or undermine plaintiffs’ regular operation of the products or services as described in the complaint. Thus, no infringement could be established.

The legal basis of the case is rooted in the Anti-Unfair Competition Law of the PRC (“AUCL”), which contains provisions governing commercially competitive activities that require the use of the internet. A catch-all provision in the AUCL specifically requires any business director not engage in activities that otherwise interfere with or undermine another business director’s regular operations of the lawfully released online products or services.[4]

After a review of the evidence, testimony from expert witness, and issue sorting, the court analyzed the facts of the case, focusing on three main questions.

1.Were the accused activities constituted as a use of technical means to interfere with the regular operations of another competitor’s online products or services?

The statutory definition of “technical means” in the AUCL should be neutrally interpreted to include both lawful and unlawful means. For its pop-up up ads, the HiCall application employed means to detect the status of a phone in its different running phases. The detection of smartphone status and the corresponding pop-ups should be considered technical means.

The accused activities mainly involved five functions: lock screen, desktop, task manager, incoming call, and Wi-Fi. Any smartphone that has installedwill be bombarded with pop-up ads covering the entire screen or part of the screen before a user can access the aforementioned five functions. In other words, not only did HiCall hijack the interfaces of the aforementioned five functions, but it inserted additional steps in the operation process. It elevated the complexity of usability while simultaneously depreciating user experience. Smartphone consumers highly value the entire interactive experience that factors in aspects such as usability, stability, noninterference and aesthetic enjoyment, in all kinds of service interfaces. This being the case, what Oppo and HeyTap offered in conjunction with each other became an inseparable and integrated service.

In view of the above facts, the court found HiCall to have meddled in the regular operations of Oppo and HeyTap’s products or services.

2.Were the plaintiff’s legal interests injured due to the activities of the accused?

The lawful interests protectable under the AUCL must be subject to the collective interests “of the public (market order in competition), of the operating businesses, and of the consumers.” The three parties’ interests must be weighted comprehensively in order to maximize the potential market benefits.

HiCall interfered with Oppo and HeyTap’s regular services and misled smartphone users to erroneously perceive that the functions enabled by HiCall were offered by Oppo and/or HeyTap. The effect was that users responded by leaving the plaintiffs negative reviews, thus harming Oppo and HeyTap’s brand value. Eventually it led to disengagement or even the loss of consumers, thereby harming the plaintiffs’ competitive advantage. Thus, HiCall’s activities undermined both the market benefits and the plaintiffs’ interests.

3.Were the accused acts illegitimate, namely violating business norms and the standards of ethical conducts in the internet industry?

The ethical conduct and norms in the industry of marketing over the internet are extractable from various statutory laws.[5] As read, “the release and sending of advertisements via the internet shall not impact users from their normal use of network services.” Additionally, yet with different levels of restrictions, other peer application platforms ban malicious pop-up ads as well.[6] These regulations and practices form a widely accepted consensus forbidding pop-up ads that undermine user experience. HiCall therefore had no reasonable grounds to disregard business and ethical standards.

The Court held that HiCall’s forcible pop-up advertisements were anti-competitive activities under the AUCL. HiCall was ruled to cease and desist from forcing the pop-up ads.

Damages were calculated by the plaintiff’s loss of profits or the defendant’s gain of profits, with a possible punitive compensation as high as quintuple (5X) of the calculated amount in serious circumstances where activities were committed in bad faith. Moreover, if the damage amount is yet difficult to find given the presented evidence, the court may exercise discretion to order an amount no more than CNY 5,000,000 be paid according to the damage done to the plaintiff.

The Court did not find presented evidence firmly credible enough to accurately determine either Oppo’s loss or HiCall’s gain. Eventually, in consideration of available factors, the Court ordered HiCall to pay Oppo and HeyTap a total amount of CNY 3,000,000, which includes the economic compensation and the costs of their lawsuit.

In September 2019, the Supreme People’s Court decided to establish specialized judicial forums having jurisdiction over the first instance cases involving the internet within the geographical scope of the city where the Court is located.[7] Currently, China has three Internet Courts, located in Beijing, Guangzhou, and Hangzhou.

In detail, jurisdiction of these courts covers contractual disputes pertaining to online shopping, internet services, or online financing; disputes in copyright ownership or infringement for a work published first time online; disputes in ownership, infringement, or contract for domain names; disputes in infringements on personal or property rights on the internet; product liability disputes from online shopping; public interest litigation case brought by the criminal prosecution; administrative disputes due to internet regulatory affairs; other internet-related cases designated by a superior court.

Authentication of evidence is particularly important in the court proceedings, especially when the documents exchanged between the court office and the confronting parties are digitalized. Electronic signatures, trusted timestamping, Hash-based verification, and block chain may enhance credibility.

The most distinctive feature of an Internet Court is the live streaming of hearings. While the Court Rules of the People's Courts remains applicable, failure to attend an online hearing or exit an ongoing hearing may result in absentment or adjournment respectively, except in instances caused by technical malfunctions. An example of a trial hearing in the Hangzhou Internet Court is shown below.[8] 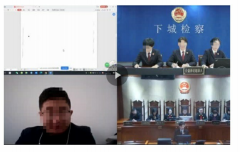