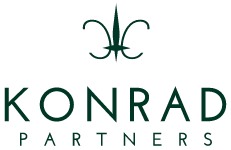 Article 190 (2) (e) of the Swiss Private International Law Act (PILA) provides that an arbitral award may be challenged if it violates public policy.

In a recent decision[1] which has been published in French language only, the Swiss Supreme Court rejected the challenge of an arbitral award arguing the violation of public policy on the grounds that the award had allegedly been influenced by fraud committed in the course of the proceedings.

In 2013, a tribunal in an ICC arbitration imposed payments on a Moroccan company due under a contract concluded with a Spanish company. Against the final award, the Moroccan company commenced setting aside proceedings before the Swiss Supreme Court, arguing that the arbitral tribunal had falsely accepted Claimant´s capacity to sue Respondent whil, in fact, Claimant had not entered into the contract on its own behalf but rather on behalf of a consortium, and had fraudulently disguised this fact. Based on these allegations, the Moroccan company invoked Article 190 (2) (e) PILA arguing that - by analogical application of the Supreme Court´s consistent case law on Article 123 (f) FSFT - fraud committed by a party in the course of arbitral proceedings constitutes a violation of public policy.

The Supreme Court, having to consider Art 123 (f) FSFT for the very first time in the context of the challenging of an arbitral award based on Art 190 (2) (e), first assessed whether the conditions of Art 123 (f) FSFT had been met. It found that the revision of a decision may be requested by the losing party where criminal proceedings reveal that the decision was influenced by a crime or criminal offence to its detriment, even if these criminal proceedings did not result in any conviction. It is of little importance whether the crime or offence was committed by the opposing party or a third person not being party to the proceedings. It is decisive, however, whether there is a causal link between the crime committed and the decision appealed against. The crime must have substantial influence on the outcome of the proceedings, whether direct or indirect, to the detriment of the appealing party.

The Supreme Court held that none of the cumulative conditions required under Article 123 (f) FSFT were met in the case at bar: The allegation that Claimant had fraudulently concealed the existence of a consortium did not correspond to any of the findings contained in the arbitral tribunal´s decision. In this context, the Supreme Court emphasized that it does not have the power to rectify or supplement the findings of an arbitral tribunal when called to decide on the challenge of an arbitral award but is bound by the tribunal´s findings as to facts (Article 105 LFT), even where those facts have apparently been established in a manifestly incorrect manner or in violation of the law (Article 77 LFT).  Further, there was no punitive sentence confirming that any crime or criminal offence had been committed during the arbitral proceedings. Finally - and most importantly - the Moroccan company had failed to demonstrate any causal link between the alleged fraud and the outcome of the arbitral proceedings. Quite to the contrary, the arbitral tribunal had been fully aware of the existence of a consortium when rendering its decision.

Thus, the Supreme Court rejected the challenge on the ground that the conditions of Article 123 (1) FSFT were not satisfied without even moving on to considering its interrelation with Article 190 (2) (e) PILA.