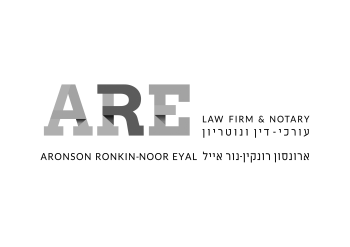 What are the main anti-money laundering and financial crime prevention requirements for private banking and wealth management in your jurisdiction?

The directive titled ‘Supervisor of Banks: Proper Conduct of Banking Business (6/15) [13] page 411-1, Prevention of Money Laundering and Terrorism Financing, and Customer Identification’ imposes identification of the client obligations (know your customer (KYC)) on banks in Israel. The directive requires that each bank adopts a KYC procedure in accordance with the directive, that an officer in charge of obligations under the Anti-Money Laundering Law be appointed, that the bank identifies each new client and monitors high-risk clients and certain transactions.

Furthermore, on 16 March 2015, the Supervisor of Banks issued a circular titled ‘Managing risks deriving from customers’ cross-border activity’. According to the circular, foreign resident clients of Israeli banks are required to declare their residency for tax purposes, and confirm that their financial assets have been declared to the relevant tax authority in their jurisdiction of residence. Moreover, they are required to waive confidentiality in relation to the relevant tax authority abroad. Failure to comply with all these requirements may result in the bank’s refusal to open the account or blocking of activities in an existing account.

Under a circular of the Supervisor of Banks issued on 26 January 2016, titled ‘Managing risks involved in operating a voluntary disclosure programme in Israel’, the mere fact that the financial assets in the account have been declared to the relevant tax authority does not derogate from the bank’s obligation to establish that the financial assets do not derive from a predicate offence under the applicable anti-money laundering legislation.

In order to comply with all the above, all banks require evidence with respect to the following:

Tax offences are predicate offences under the Anti-Money Laundering Law 2000 as detailed in question 16.

What is the definition of a politically exposed person (PEP) in local law? Are there increased due diligence requirements for establishing a private banking relationship for a PEP?

The Anti-Money Laundering (the Business Service Providers Requirements Regarding Identification, Record-Keeping for the Prevention of Money Laundering and the Financing of Terrorism) Order 5775-2014 imposes KYC obligations on attorneys and accountants when providing certain services, described as business services. The Order defines a ‘foreign politically exposed person’ as:

a foreign resident holding a senior public position abroad, including a relative of a resident as aforesaid or a corporation under his control or a business partner of one of them; in this context, ‘senior public position’ - including a head of state, president of a state, mayor, judge, member of parliament, government minister or a senior army or police officer, or anyone actually holding such office as aforesaid even if his official title is different.

The Order further states that a client considered a ‘foreign politically exposed person’ is an indication of a high risk for money laundering or terrorist financing, and therefore requires broader KYC inspection.

The Israel Money Laundering and Terror Financing Prohibition Authority published a circular titled ‘The Prevention of Money Laundering which Originates in Corruption and in Bribery of Foreign Politically Exposed Persons, and the procedure to Identify Irregular Activity Relating to them’. The circular provides guidelines for conducting increased due-diligence processes for such clients.

Accordingly, the portfolio manager is required to establish under the KYC procedure whether the client is a PEP, and if so, to monitor his or her account more closely.

What is the minimum identification documentation required for account opening? Describe the customary level of due diligence and information required to establish a private banking relationship in your jurisdiction.

The due diligence process includes identity, utility bills, source of funds for which the business service is being performed and confirmation that the funds were declared in the country of residence of the client, which may include professional confirmations (including evidence of tax compliance) and documentary evidence of the specific financial transaction (eg, real estate contracts and gifts deeds, etc).

Subsection 17a relates to offences under the value added tax and subsection 17c relates to offences under the Taxation of Real Property Law. In both cases, the offence is considered a predicate offence provided it was committed with respect to a certain minimum amount, or if it was committed with sophistication, or with relation to a criminal or terror organisation, or with the assistance of a third party.

What is the minimum compliance verification required from financial intermediaries in connection to tax compliance of their clients?

Attorneys and accountants are subject to KYC obligations under the Anti-Money Laundering (the Business Service Providers Requirements Regarding Identification, Record-Keeping for the Prevention of Money Laundering and the Financing of Terrorism) Order 2014.

Under the said Order, any attorney or accountant who is requested by a client to provide a business service as listed in the Order (ie, real estate transactions, mergers and acquisitions, entity incorporation, management and administration and management of assets (including financial assets)) is required to obtain a declaration from the client, as to the nature of the business service, the identity of the persons and entities involved and the source of the funds. Should the attorney or accountant suspect that the business service may be considered money laundering in accordance with red flags published as guidance, he or she must conduct further investigation into the matter, and if the suspicion persists, he or she must refrain from providing services to the client.

The business service provider is obligated to maintain records in accordance with the Order. There is no filing requirement of a STR to any governmental agency or other third party, but the records of business service providers may be subject to inspection by the Israel Money Laundering and Terror Financing Prohibition Authority. Failure to comply with the requirements of the Order may result in an ethical violation.

Financial intermediaries (any third party dealing with the financial assets, other than attorneys or accountants) are required to obtain evidence that the client is tax compliant and that the origin of the funds is not derived from money laundering activities.

The Designated Non-Financial Business and Profession Supervisor may review these records of attorneys and accountants at the Department of Justice.

What is the liability for failing to comply with money laundering or financial crime rules?

This is a serious criminal offence. Under the Anti-Money Laundering Law, a money laundering offence may be punishable by up to 10 years’ imprisonment, or by a penalty of up to 4.52 million shekels. In addition, monies may be subject to seizure by the state in an amount determined to have been subject to the anti-money laundering legislation.