In review: renewable energy policy and regulation in Egypt 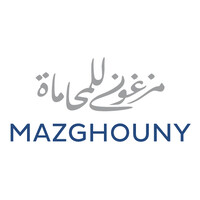 An extract from The Renewable Energy Law Review, 5th Edition

Renewable energy policies and incentives are established at the national level by the government, typically through the Cabinet of Ministers. The government has a target of 20 per cent of electricity consumption to be generated from clean energy sources by 2022 and 37 per cent by 2035, according to the Energy Strategy approved in 2016. Of the 2022 goal, 12 per cent is set to come from wind energy, with the remainder coming from small hydro and solar projects.9

The new Investment Law,10 published on 31 May 2017, granted a special investment incentive to projects generating renewable energy or depending on it, consisting of a deduction of 30 per cent of the net taxable profits for the first seven years of the life of the project, subject to certain conditions, such as the incentive value not exceeding 80 per cent of the paid-in capital until the start of the project's operations and the project company being established within three years of the date of entry into force of the implementing regulations issued in Prime Ministerial Decree No. 2310/2017 (i.e., from 29 October 2017). The Investment Law also creates a 2 per cent unified rate of customs duties for all equipment and machinery necessary for the establishment of the project (down from 5 per cent). Land may be allocated free of charge if the project company's activity is deemed of strategic interest; otherwise, 2 per cent of the production is generally payable yearly for land lease (based on the Renewable Energy Law).

In 2013, Egypt introduced a net metering scheme to promote distributed solar. The scheme allows small-scale renewable energy projects in the residential and industrial and commercial sectors (with a maximum capacity recently increased from 5MW to 20MW) to feed electricity into the low voltage grid. It does not specify a limit on installed capacity, meaning that customers can connect a system that produces more electricity than they consume; however, systems are limited to the low voltage level, typically around 380 volts. Under the scheme, solar PV generation is credited against the user's bill for consumption from the grid using a calculation method that credits surplus electricity only in consumers' highest tariff bracket (adopted to maximise bill savings).11

In addition to the utility-scale solar projects, the FiT programme had also proposed tariffs for distributed PV ranging from E£0.848/kWh for residential systems below 10kW up to E£0.973/kWh for systems between 200kW and 500kW. These tariffs were lower than those for utility-scale projects because the government envisioned that distributed solar investors would have access to concessional finance in local currency, as the Ministry of Finance had proposed a financing programme under which investors could receive concessional loans at 4 per cent interest for installations below 10kW and 8 per cent for installations below 500kW. However, this concessional finance programme was never implemented, but Egyptian small and medium-sized enterprises are now (since January 2016) eligible for loans at a 5 per cent interest rate. As such, the new tariffs proposed in the FiT Round 2 decree were higher for distributed solar at E£1.0288/kWh up to E£1.0858/kWh for systems below 500kW (with increases of between 4.8 and 28.6 per cent).12

The merchant or independent power producer model provided for in the Renewable Energy Law also allows private offtakers to enter into agreements with private power generation companies to secure the purchase of electricity from renewable energy sources. However, in practice, the use of this model is still in its early stages and typically appeals to energy-intensive industries, especially in the cement sector, and to some oil and gas companies in line with their mandates and renewables targets under the Paris Agreement (within the United Nations Framework Convention on Climate Change).

ii The regulatory and consenting framework

Egypt mainly had a single buyer electricity market, with the Egyptian Electricity Holding Company (EEHC) being the main player and owner of the transmission system and almost all the distribution assets. Under this model, EETC, a state-owned company (previously an EEHC subsidiary), purchases electricity from all public and private generation companies, and sells it to nine main distribution companies and other private electricity distribution companies. It also directly sells electricity to a number of consumers connected to the extra-high voltage and high voltage networks. EETC is also responsible for power exchanges with neighbouring countries over the present interconnections.

The Egyptian Electric Utility and Consumer Protection Regulatory Agency (EgyptERA), established in 2000, is the independent legal entity that grants licences for the generation, transmission and distribution of electricity, and that is responsible for overseeing compliance with the existing rules and regulations in the electricity sector.

Egypt aims at gradually replacing the current model with a competitive market based on bilateral contracts, together with spot, balancing and ancillary services markets. The Electricity Law lays the ground for this transformation, with EETC separating from EEHC and becoming independent from all electricity companies and electric utility parties, and establishing third-party access to its network, as well as allowing for the reorganisation of EgyptERA, granting it the right to approve different electricity tariffs. In addition, the Renewable Energy Law provides for different schemes for the development of renewables projects so as to enable the government to reduce Egypt's dependence on fossil fuels and reach its target of renewables in the energy mix.

The Renewable Energy Law defines renewable energy resources as 'natural sources of energy, which are non-depletable, and which may be used to produce electricity'.

The Egyptian DNA is subordinate to the Egyptian Environmental Affairs Agency and consists of two bodies: an executive body, the Egyptian Council for CDM (EC-CDM), which comprises representatives of certain ministries, including, but not limited to, the Ministry of Investment and International Cooperation and the Ministry of Petroleum, as well as having a technical division; and the Egyptian Bureau for CDM (EB-CDM), which comprises experts providing technical recommendations to the EC-CDM. Both the EC-CDM and the EB-CDM play a role in deciding on the issuance of CER credits.

The board of EgyptERA is ultimately responsible for ratifying the rules, conditions and processes related to the issuance and trading of all renewable energy certificates.

The Electricity Law requires projects set up for the generation, distribution or sale of electricity to be developed through Egyptian joint stock companies. Such companies must seek a preliminary and then a final power generation licence from EgyptERA to be allowed to carry out their activities.

The Companies Law19 requires a minimum of three founders to incorporate a joint stock company and capital of at least E£250,000. Incorporation itself, followed by commercial and tax registration, could be completed in as little as one week; however, the compilation of the documents required for incorporation typically takes longer, between one and two months on average.

Following incorporation, and in anticipation of the commencement of generation, which is the licence most commonly sought by private investors, the project company must identify a plot of land for the project and have a pre-feasibility study carried out, as well as submit an application to EgyptERA to obtain an interim power generation licence for the project. This is typically issued within a maximum of 60 days for a period of one year, with an option for renewal. Then, upon completion of the full feasibility study, the project submits to EgyptERA an application for a permanent power generation licence, issued within a maximum of 60 days, which is renewable on a yearly basis.

Egypt is one of the most significant corridors for bird migration in the world, used by millions of birds during migration seasons. More than 470 bird species have been recorded in the country; the majority are non-breeding seasonal visitors and about 150 species are breeding residents found year-round. Egypt also has a population of 19 globally threatened species and 34 sites declared as important bird areas.20 Wind projects established in Egypt must therefore carry out full technical and bird migration studies covering all seasons of the year before being granted a power generation licence.

Both solar and wind projects must also consider cultural and mineral resources, and obtain avian and military clearances, before being set up. Public land offered to investors for the development of renewables projects is typically fully permitted, which facilitates the process of obtaining power generation licences, hence the high demand for such land, especially for utility-scale projects where senior lenders have a keen interest in the project's environmental attributes.