Suing Foreign Entities in NY: Changes to the Law of Personal Jurisdiction 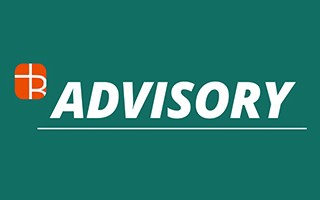 In the last year, federal district courts in New York have overturned a century of case law in New York, finding that due process no longer permits courts located in New York to exercise general jurisdiction over a foreign entity on the basis of its registration to do business in the state and its appointment of a local agent, such as the New York Secretary of State, for service of process.[2]  In these decisions, the federal district courts in New York have cited a 2014 Supreme Court decision – Daimler AG v. Bauman, 134 S. Ct. 746 (2014) – and interpreted that decision as completely rejecting, as contrary to due process, the concept of consenting to jurisdiction through compliance with the State’s registration process for obtaining authorization to do business in New York.[3]

Under recent New York federal district court precedent, the Supreme Court’s decision in Daimler prevents courts from exercising general personal jurisdiction over a foreign entity (even one registered with the New York Secretary of State) unless that foreign entity is “essentially at home in New York” – a phrase that has been interpreted to mean having its principal place of business in New York, despite being formed elsewhere.[6]  This new “essentially at home” Daimler standard for exercising general jurisdiction is much higher than the old “minimum contacts” standard of International Shoe and its progeny.[7]  Therefore, what you learned about personal jurisdiction in law school is no longer the state of the law, at least if you are litigating in federal court in New York.  As the Second Circuit recently put it, under the Daimler standard:  “when a corporation is neither incorporated nor maintains its principal place of business in a state, mere contacts, no matter how ‘systematic and continuous,’ are extraordinarily unlikely to” give rise to general personal jurisdiction.[8]  Accordingly, even where a foreign corporation maintains offices within the state, employs hundreds if not thousands of New Yorkers, derives substantial revenues from the state, and/or maintains an agent for service of process in the state, the foreign entity will typically not be subject to general jurisdiction in New York unless its principal place of business is also located in the State.

Because the Daimler “essentially at home” standard is so difficult to meet, and because the New York federal district courts have now uniformly rejected the concept of consent to general jurisdiction through compliance with New York’s registration to do business statute (as currently enacted),[9] in most situations there remain only two bases for suing a foreign entity in New York.  The first is specific jurisdiction under New York’s long arm statute – i.e., jurisdiction over the foreign entity with respect to disputes growing out of that entity’s activities within the State.  For example, “[t]o establish [specific] personal jurisdiction under [CPLR § 302(a)(1)], a plaintiff must show (1) that the defendant ‘transacted business within the state’ and (2) that the claim ‘arise[s] from that business activity.’”[10]  “While even ‘one transaction in New York’ may suffice, New York’s long-arm statute authorizes specific jurisdiction only where that transaction has a ‘substantial relationship’ to the claim asserted in the instant case.”[11]  In short, specific jurisdiction analysis always involves a case-by-case consideration of the facts and circumstances, and therefore the outcome of a motion to dismiss for lack of personal jurisdiction is not always predictable.