This article summarises the most important developments anticipated in Spanish employment law in 2019.

Contributory and civil service pensions have increased 1.6% from 2018.

In order to maintain the purchasing power of pensions, recipients of pensions that were revalued in 2018 will be compensated in 2019 with a single payment for an amount equivalent to the difference between the pension received in 2018 and the pension that would have been received if the increase in the Consumer Price Index were applied.

The contribution bases under the Special Contribution System for Domestic Workers (defined as workers who provide paid services in a domestic setting) will vary in 2019 according to the following table: 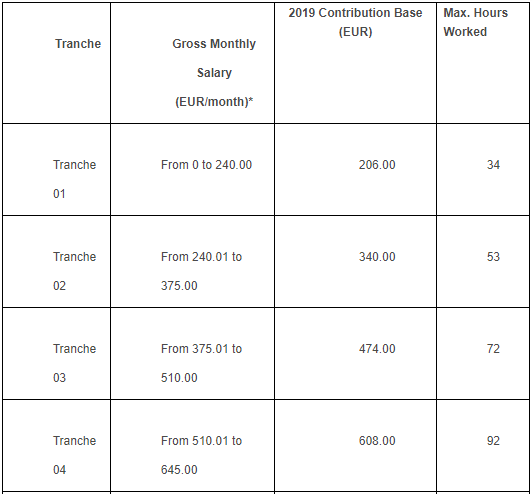 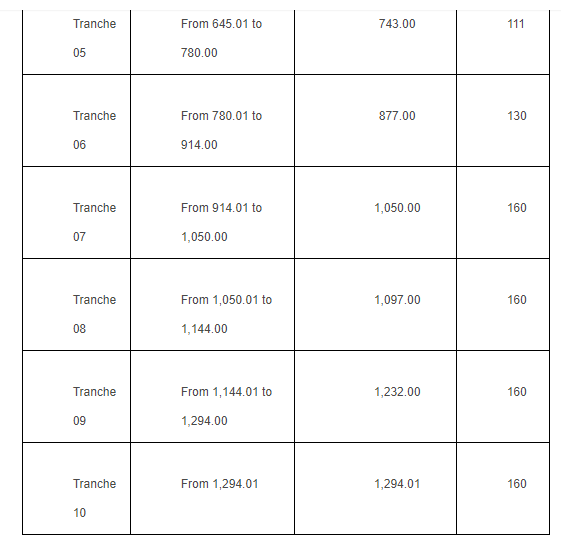 Contribution rates under the special contribution regime will be adjusted to the rates applied under the general contribution system, i.e. 28.3%. Of this amount, 23.6% corresponds to the head of household and the remaining 4.7% to the domestic worker.

Changes were also made to the special regime for self‐employed workers as follows:

These rates are expected to continue increasing through 2022.

3. Reductions in contributions for low accident rates are suspended

This suspension will remain in effect until the Government amends Royal Decree 231/2017 (expected in 2019).

4. All interns will now be subject to contributions even if unpaid

The completion of an internship at a company, institution or organisation as part of a training program, including non‐labour internships (a specific subset of training internships that are legally regulated and for which specific legal requirements must be complied with) in companies and external academic internships, will require the intern to be included in the social security system, even if they are not compensated.

Collective bargaining agreements can now include clauses allowing for termination of an employment contract once the worker has reached the legal retirement age established in Social Security regulations, provided the following requirements are met:

As previously mentioned, contributions by self‐employed workers for all contingencies have become mandatory.

Coverage for self‐employed workers has been improved in some respects, notably:

Temporary contracts with a term of fewer than five days will be penalised with a 40% increase in contributions for common contingencies.

7. Changes to the contributory regime for artists

Artists in public shows can still be included in the general social security regime during any periods of voluntary inactivity, provided they can prove that they effectively provided services for at least 20 days in the preceding calendar year. Payment for these days must exceed three times the Minimum Interprofessional Salary (in monthly terms).

A new regulation that would replace Royal Decree 1435/1985 on special labour relations for artists in public shows is expected to be approved before 29 June 2019.