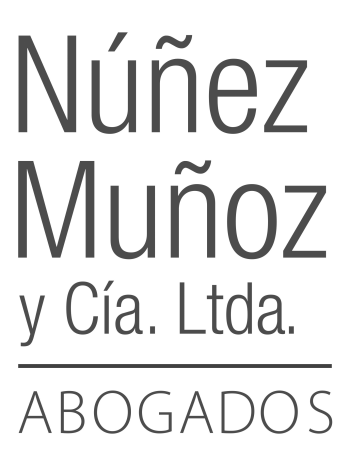 Use the Lexology Getting the Deal Through tool to compare the answers in this article with those from other jurisdictions.

Identify the principal agencies that regulate the energy sector and briefly describe their general jurisdiction.

There are four institutions responsible for governing the energy sector in Chile.

In 1978, the National Energy Commission was established to perform four main functions:

The Economic Dispatch Load Centres (CDEC) are entities responsible for coordinating and operating the electric systems with more than 200MW of installed capacity. Chile’s power grid is divided into four main electric systems with a CDEC for the first two. The CDEC’s main role is to bring together power generation to consumers, determining which power plants must start operating at a particular moment based on their marginal costs, thus instantaneously matching generation with demand.

The Electricity and Fuels Superintendence (known as the SEC) is the main entity responsible for ensuring companies’ compliance with electricity law and technical regulations regarding the generation, production, storage and distribution of all fuels and electricity. Law 19,613 strengthened the SEC’s supervisory authority by allowing it to impose companies with fines and penalties for non-compliance with legal and technical obligations. It can also suspend licences temporarily or permanently.

Do new entrants to the market have rights to access infrastructure? If so, may the regulator intervene to facilitate access?

Chile has two LNG terminals, LNG Quinteros and LNG Mejillones, which import natural gas from international markets in order to supply mining operations in northern Chile and residential and industrial costumers throughout the country. Natural gas infrastructure is governed by an open-access regime, which means that gas transport companies must provide access to third parties to pipelines based on equal financial and technical terms.

In the power sector, transmission infrastructure is also subject to an open-access regime based on non-discriminatory technical and financial terms upon payment of transmission fees.

What is the mechanism for judicial review of decisions relating to the sector taken by administrative agencies and other public bodies? Are non-judicial procedures to challenge the decisions of the energy regulator available?

Decisions taken by administrative agencies are subject to two types of review.

What is the legal and regulatory position on hydraulic fracturing in your jurisdiction?

As explained in question 1, the development of Chile’s oil and gas industry is very limited, therefore the country does not have any regulatory instrument regarding hydraulic fracturing.

Describe any statutory or regulatory protection for indigenous groups.

International Labour Organization Convention No. 169 (ILO 169) has been in effect in Chile since 15 September 2009, and grants the right to free, prior and informed consent regarding actions taken by the Chilean government that affect rights.

Describe any legal or regulatory barriers to entry for foreign companies looking to participate in energy development in your jurisdiction.

There are no legal barriers for foreign companies in order to enter the Chilean energy market. The only restrictions are those related to the specific nature of the regulatory regime of the generation, transmission and distribution segments of the energy industry. In this regard, the generation sector is a competitive market with no legal barriers to the entry of new actors. The transmission sector is regulated as a ‘natural monopoly’ and the construction and development of new infrastructure is based on public auctions where there is no restriction on foreign companies participating. Finally, the distribution segment is also recognised by the legislation as a ‘natural monopoly’, where distribution companies must obtain an electric concession from the Ministry of Energy to supply electricity in an exclusive geographic area.

What criminal, health and safety, and environmental liability do companies in the energy sector most commonly face, and what are the associated penalties?

There are no specific criminal offences set for the energy industry in Chilean legislation. Moreover, environmental crimes are not specifically regulated, which is a deficiency of our environmental regulation according to an OECD report issued in 2016.

The future of UK trademark practice