In a rare decision based solely on dilution, the Board sustained an opposition to registration of SUPER WOMAN OF REAL ESTATE, in standard character form, for "real estate procurement for others" [REAL ESTATE disclaimed], finding the applied-for mark likely to dilute by blurring the famous marks SUPERMAN, SUPERWOMAN, and Superman's blue bodysuit with the letter “S” inside a five-sided shield on the chest and a red cape. DC Comics v. Deanna Rivetti, Opposition No. 91219851 (August 17, 2017) [not precedential] (Opinion by Judge Marc A. Bergsman). 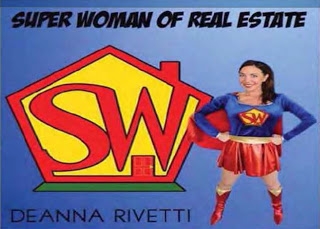 Applicant Rivetti admitted that Opposer DC Comics' marks are famous, and became famous prior to any date upon which she could rely for her first use date. This satisfied the first and third elements listed above. DC Comics satisfied the second element because Rivetti filed under Section 1(a) and stated that she is using her applied-for mark.

Section 43(c)(B)(i)-(vi) of the Trademark Act sets forth six non-exhaustive factors that a tribunal may consider in determining whether a mark is likely to cause dilution by blurring:

As to the first element, based on the manner in which Applicant Rivetti used her mark, the Board found that the overall similarity of the marks is "immediately apparent." Although the Board does not ordinarily look at an applicant's trade dress when considering a word mark, the trade dress may provide evidence as to the commercial impression engendered by the mark.

As to the second element, the Board found that DC Comics’ marks are inherently distinctive. Furthermore, Rivetti admitted that Opposer’s marks famous, "which necessarily subsumes a finding that the marks have acquired distinctiveness."

As to the third element, there was no evidence of third party use of a word mark similar to SUPERMAN or of the appearance of Superman.

As to the fourth element, there was no dispute that the mark SUPERMAN and Superman's appearance are widely recognized.

As to the fifth element, "[c]onsidering applicant's use of blue bodysuit with the letters 'SW' inside a five-sided shield on the chest and a red cape, which are extremely similar to the SUPERMAN indicia, the only possible conclusion that we can reach is that Applicant intended to create an association with Opposer’s SUPERMAN character and marks."

Finally, as to the sixth element, Rivetti stated that"'[s]everal times a month since July 2011 ... clients, other agents, brokers, and prospective clients' have 'referred directly or indirectly to Opposer, Opposer’s Superman, Supergirl or Super Woman characters, or Opposer’s Marks in connection with Applicant’s Mark.'" Thus, the Board found, there has been actual association between applicant's mark and opposer's marks.

Conclusion: The Board concluded that DC Comics is entitled to judgment on its claim of dilution by blurring. The Board then decided that it did not reach opposer's likelihood of confusion claim.