First impressions of the Brazilian pre-examination measure: a remedy to the backlog? 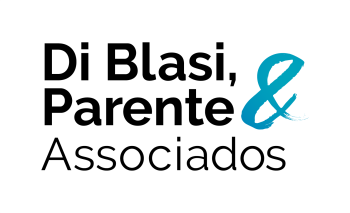 The Brazilian Patent Office (BPO) has been historically struggling to keep its pace on the examination of patent applications filed in Brazil, leading to a significant backlog. According to Luiz Otávio Pimentel, the current President of the BPO, while proposing new measures to reduce the current backlog, in the last ten years an average of 30,339 patent applications have been filed per year, while an average of 20,667 decisions have been issued per year, resulting in about 7 to about 14 years for a decision to be issued, and in a backlog of approximately 200,000patent applications waiting to be examined. In view of the above, the BPO has been strengthening efforts to reduce this backlog, which became the first priority of the 2018 Action Plan of the BPO.

One of the initiatives created by the BPO was a pilot measure of pre-examination announced in mid-January 2018, for which a report evaluating its outcomes has been recently issued.

According to the BPO, about 20% of the patent applications examined are abandoned after a first technical opinion. Moreover, it has been noticed that the claim set and the arguments presented during the examination of foreign counterparts are usually submitted in reply to a first technical examination, regardless of the objections raised in this technical opinion. Therefore, for the BPO, the pre-examination would avoid examination resources being spent on patent applications that would be abandoned and would give the applicants an opportunity to make their applications suitable to the local requirements, avoiding a further step on the examination procedure.

From 939 patent applications analyzed among the 19 technical divisions, 680 pre-examination reports were issued through consecutive editions of the Brazilian official gazette from January 31, 2018 to March 13, 2018. The applicants were given a 60-day-term for submitting a reply to the pre-examination report, and if they failed to reply, the BPO considered the application abandoned and shall issue shelving notices in due course.

The pre-examination reports pointed out prior art documents found relevant to the patentability requirements, novelty and inventiveness, in the examination procedure of family counterparts. Furthermore, the pre-examination reports also pointed out irregularities related to subject matter considered not to be patent-eligible, subject matter which is not considered to be an invention, to alterations exceeding the originally claimed scope, and to the access of Brazilian genetic heritage.

Withdrawal rate: From the 680 pre-examination reports issued, 150 patent applications had no reply, resulting in a withdrawal rate of about 22.06% ± 4.93%. The BPO’s report suggested that possible reasons for withdrawal could be related to the technical field, the long wait time due to the backlog, or both. However, no conclusive reason was found.

Based on this rate and on the number of applications that could possibly have a pre-examination report issued, the BPO estimates that it could result in a reduction of about 17.3% ± 4.8% applications in the queue for examination at a first stage.

Moreover, about 56.1% of the new claim sets were equivalent to the claim sets allowed by the USPTO or the EPO, and about 70.8% of the replies contained technical arguments.

Pre-examination accomplished, so what now?

In addition, the BPO’s report estimated the internal costs for examining applications in each of the following conditions:

From this analysis, the BPO expects that the pre-examination measure can contribute to a productivity gain of about 10.2% ± 7.0%, since a significative number of applications shall be withdrawn before being examined, and the claim set to be examined shall be more suitable to the local requirements, reducing the need of consecutive technical opinions to achieve an allowable claim set.

The first stage of this pilot program showed us the great efforts necessary to adequate the applications to both applicant’s and the BPO’s needs in due time. This is because the result obtained in a counterpart are not always in accordance with the applicant’s needs. Thus, the applicant may not be so enthusiastic to limit the claimed subject matter, as expected.

Moreover, we have noted that, at first sight, the pre-examination is taken by the applicants as an instant grant procedure, causing quite a bit of confusion, as the applicants tend to believe that by amending the application according to the granted counterparts, the application shall be automatically allowed by the BPO.

In addition, due to the very early stage of the examination results obtained by the BPO, there is a need to wait a little longer, so that further pre-examined applications conclude the regular examination course. Only then, will it be possible to evaluate the real outcomes of this measure and whether the positive results on the productivity expected by the BPO are in fact achieved.

Based on the above, the preliminary results found by the BPO are still inconclusive and do not provide clear evidence on the benefits of implementing the pre-examination measure, nor on whether this pilot measure is worth continuing as a definitive procedure. Besides, even if the pre-examination is considered successful, it shall only represent a palliative tool against the backlog. Notwithstanding, instant and more effective measures for combating the backlog are still needed.