6 useful facts about Trade Mark registration in the Balkans 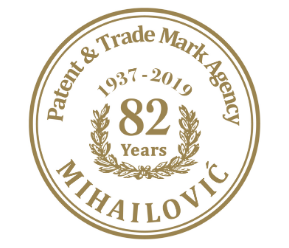 Here are a few details to keep in mind when filing national applications/designations:

1. While most jurisdictions we cover are members of the Madrid protocol ,Kosovo, for the time being is not. As a very small territory, it is often overlooked, but can prove strategically important for the companies that have interest in the Balkans area.

So sometimes it may be of enough interest to explore going the national TM route.

Additionally, lately, due to the increase of trade mark trolls and IPO/Court that favorize the local TM owners, it is smart to be aware of the local situation and form a strategy – as explained in our previous Lexology article.

2. IPOs in all 8 jurisdictions should examine new trade mark applications for absolute reasons for rejection.

The laws additionally offer the option of submitting interested party’s opinion/observation in cases they deem necessary.

However, only the Intellectual Property Office of Republic of Serbia examines the new applications for relative grounds for refusal, as well.

This has somewhat changed in February 2020 – with Serbia finally allowing the opposition system, but all applications will still be examined by the IPO ex officio for absolute and relative grounds for refusal and only then published and opposition proceedings made possible.

3. Further, due to the above mentioned IPO’s ex officio examination,  identical marks of the same owner cannot co-exist in Republic of Serbia, whereas in the opposition system of other 7 jurisdictions, this is a non-issue.

4. All jurisdictions have a multi-class system. Official taxes are determined up to 3 classes and for each class above, except for Albania where the official taxes are per class – making it more convenient to applicants of applications in only 1 or 2 classes.

5. Grace periods tend to be 6 months from the renewal date, except in Macedonia.

The surcharge for lateness is usually 50% of the official tax, except in Croatia and Kosovo, where it is 100%.

6. It is generally always important to reply to Provisional Refusals.

However, sometimes our clients do not understand that the Serbian IPO (again, the only one still examining new applications – national and International, on basis of absolute and relative grounds for refusal) will not itself go into limitation of list of goods in services, but will rather reject whole classes even when only one or two points are identical/highly similar.

It is local agent’s work to overcome IPO’s Refusal by limiting the list of goods and services whenever possible or using suitable argumentation to overcome obstacles of Provisional Refusal.