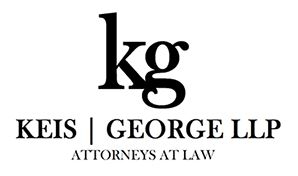 Over the course of the next several years, Keis George LLP will feature the reoccurring theme of self-driving vehicles. Right now there are more unanswered questions than answers that the legal system, insurance carriers, and engineers will have to investigate, contemplate and resolve over the next several years as these vehicles become implemented in to a part of daily living.

The best place to start is to explain there are five levels of automation. The Society of Automotive Engineers (SAE) recently provided a classification system and corresponding terminology for automated driving. Standard J3016 identifies levels of driving automation, noting differences in the human driver’s interaction with the functional aspects of the vehicles technology. Here are the levels:

The human driver is in main control over the driving environment.

The human driver is in main control over the automated driver’s system and the driving environment (i.e., rear and side view mirrors, cruise control, automated parking, and lane assist).

The human driver is not responsible for monitoring driving but must monitor the vehicle’s automated driving system and take control of the vehicle if prompted.

The non-human driver performs all aspects of driving but the capacity exists for the human occupant to take over control of the vehicle and assume driving tasks.

The non-human driver performs all aspects of driving with no ability for the human non-driver to resume control.

Most vehicles today are at level two. In a few months we will look at the claimed benefits of automated vehicles