In January, the IRS released aggregate results of country-by-country reports (“CbCRs”) filed with the IRS for the 2016 tax year. The tax stats page here contains six files, five of which contain a different summarization of Table 1 data, including third-party and intercompany revenue, profit, cash and accrued income tax, earnings, employees, and tangible assets. 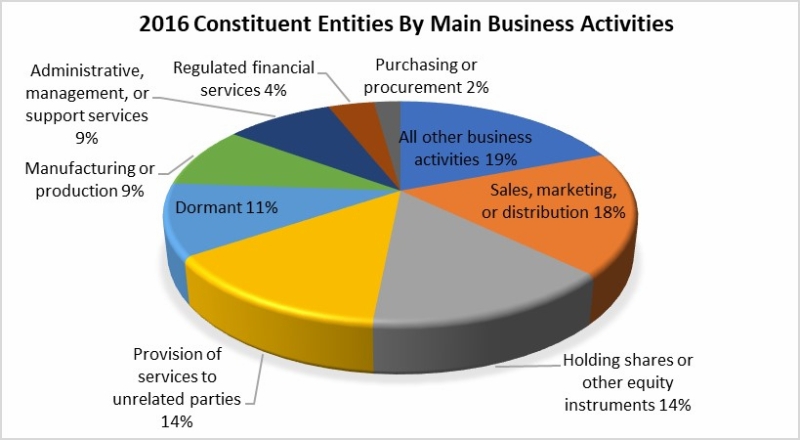 Conspicuously, four activity selections available to the taxpayer—“research and development,” “holding or managing intellectual property,” “internal group finance,” and “insurance”—are absent as separate categories and grouped into “all other business activities” in the aggregate statistics.

It is important to note that it is not possible to identify individual taxpayers in any of these summaries, given their highly aggregated nature. 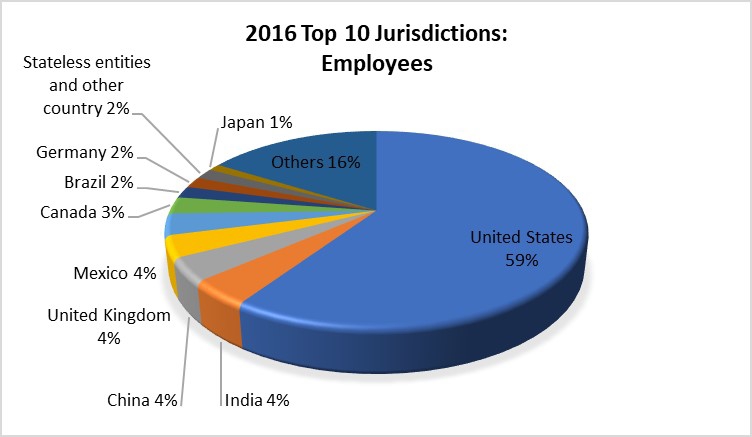 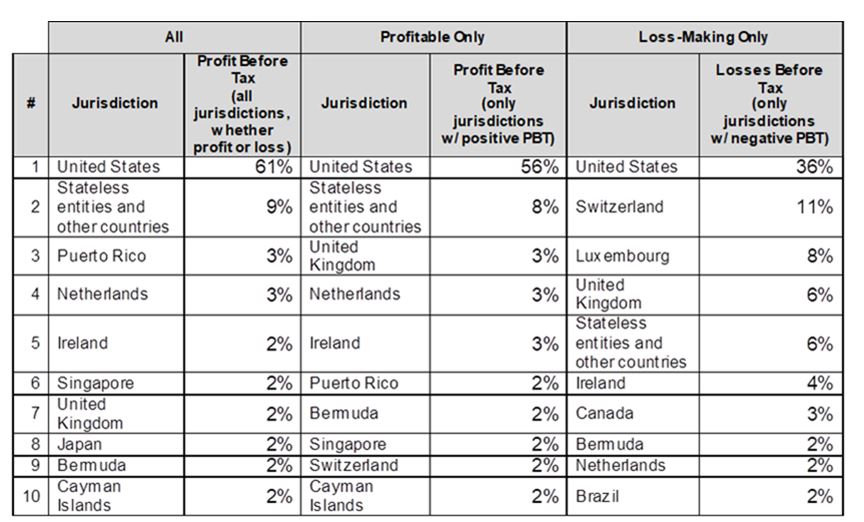 The chart below is based on the IRS’s grouping of individual jurisdictions by ETR and shows related party revenue as a percentage of total revenue by ETR group. The groups with effective tax rates of less than 25% are also the groups with the highest share of revenue coming from related parties rather than third parties.

The IRS is not the only body that will publish CbCR statistics. Last summer, the OECD released its 2018 BEPS Progress Report, where in Annex C, it mentioned it planned to prepare three tables, each intended to answer a different question:

Not all U.S. multinationals needed to file CbCRs for tax year 2016, so one should expect that when 2017 data are released at the end of 2019 or beginning of 2020, the number of taxpayers included in the statistics will increase.