In brief: the key features of merger control legislation in India 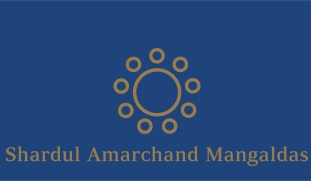 What is the relevant legislation and who enforces it?

Competition law in India is governed by the Competition Act 2002 (the Competition Act) and the regulations and guidance notes issued thereunder. Sections 5 and 6 of the Competition Act require the pre-notification of all acquisitions, mergers and amalgamations where the turnover or assets of the parties and groups cross specified thresholds (collectively described as ‘combinations’) to the Competition Commission of India (CCI), which is responsible for merger review, applying the standard of appreciable adverse effect on competition (AAEC).

What kinds of mergers are caught?

To prevent the merger control regime from becoming unduly onerous, Schedule I to the CCI (Procedure in Regard to the Transaction of Business Relating to Combinations) Regulations 2011 (the Regulations) lists categories of transactions that are ‘ordinarily’ not likely to cause an AAEC in the relevant market in India and, therefore, are not ‘normally’ required to be notified to the CCI. These transactions are:

What types of joint ventures are caught?

The formation of a joint venture is not specifically covered by section 5 of the Competition Act, as it only covers the acquisition of an ‘enterprise’ and mergers and amalgamations of ‘enterprises’.

By contrast, the establishment or acquisition of a ‘brownfield’ joint venture (where parents are contributing existing assets or businesses, customers, customer contracts, intellectual property, etc, or conferring control over them) would be notifiable where the jurisdictional thresholds are met, as it involves the acquisition of an enterprise under section 5 of the Competition Act.

Is there a definition of ‘control’ and are minority and other interests less than control caught?

The acquisition of control is only one of the events that may trigger a notification. As a starting point, ‘control’ is defined under section 5(a) of the Competition Act to include ‘controlling the affairs or management by:

In the past, the CCI, in its substantial decisional practice, had interpreted control to mean the ability to exercise decisive influence over the management or affairs and strategic commercial decisions of a target enterprise, regardless of whether such decisive influence was capable of being exercised by way of a majority shareholding, veto rights (attached to a minority shareholding) or contractual covenants; however, the CCI has expanded the scope of control in two of its orders, penalising Telenor (C-2012/10/87) for failing to notify its acquisitions of shareholdings in two companies, and penalising UltraTech Cement (C-2015/02/246) for failing to provide information on the shareholding or control of the promoter family over two companies.

In UltraTech Cement, the CCI stated that, in defining control, regard had to be given to different levels of control – in ascending order, material influence, de facto control and controlling interest (de jure control) – and not just to special rights. In Telenor, the CCI held that Telenor could not have sole control of the two target companies. In the first target, another shareholder held a 51 per cent shareholding, conferring a controlling interest; in the second target, even though Telenor held 67.25 per cent shareholding, other shareholders held more than 26 per cent, giving them the ability to block special resolutions (which was considered negative control even under foreign direct investment policy). In those cases, the CCI moved from the concept of ‘decisive influence’ based on special or veto rights towards a more expansive definition of ‘control’, to include ‘material influence’.

Such an interpretation includes negative control by minority shareholders. In contrast to investor protection rights, having the ability to veto (or cause a deadlock in respect of) strategic commercial decisions could be sufficient to confer at least joint control, the acquisition of which would require notification to the CCI. Such strategic commercial decisions have included decisions on annual business plans, budgets, recruitment and remuneration of senior management, and the opening of new lines of business.

Because of the expansive interpretation given to control, and the absence of clear guidance from the CCI on which specific rights will be considered as pure minority protection rights, the distinction between genuine minority protection rights and negative control has become blurred. As a result, many pure financial investments and private equity transactions are susceptible to review by the CCI.

What are the jurisdictional thresholds for notification and are there circumstances in which transactions falling below these thresholds may be investigated?

The jurisdictional thresholds under the Competition Act are as follows:

The government, through a notification dated 27 March 2017, revised the de minimis target-based filing exemption to apply to all forms of transactions (ie, acquisitions, mergers and amalgamations), for a period of five years until 28 March 2022. Transactions where the assets being acquired, taken control of, merged or amalgamated are not more than 3.5 billion rupees in India or where the turnover is not more than 10 billion rupees in India are exempted from the CCI notification requirement (the Target Exemption). The 2017 notification contained an explanation in relation to assessing the jurisdictional thresholds.

The government has recently published a notification dated 16 March 2022, extending the validity of the Target Exemption by an additional five years.

In 2018, the CCI also updated its frequently asked questions section on its website to provide guidance on the calculation of jurisdictional thresholds.

Is the filing mandatory or voluntary? If mandatory, do any exceptions exist?

If the jurisdictional thresholds are met and no exemptions are available, the combination must be notified to the CCI. Where a proposed combination consists of a number of interconnected steps or transactions, even where one or more of these steps or transactions would, on a stand-alone basis, have been exempt from filing, all such transactions must be filed as a composite whole and must not be completed pending the CCI’s review.

In August 2019, the CCI introduced a ‘green channel’ filing route that covers combinations where the parties have no horizontal overlap, no vertical relationships and no complementary businesses. Such combinations are, subject to certain conditions and safeguards, deemed to be approved by the CCI upon filing.

Section 6(4) of the Competition Act provides that acquisitions, share subscription or financing facilities, entered into by public financial institutions, registered foreign institutional investors, banks or registered venture capital funds, pursuant to any covenant of a loan agreement or an investment agreement, do not need to be pre-notified to the CCI; however, in those cases, the body concerned will need to notify the CCI of the acquisition within seven calendar days of completion of the transaction. To date, there have been only four decisions published by the CCI under this provision.

Do foreign-to-foreign mergers have to be notified and is there a local effects or nexus test?

Until the end of March 2014, the Regulations provided an exemption for transactions between parties outside India provided there was insignificant local nexus and effects on markets in India. The CCI interpreted the exemption narrowly, rendering it virtually redundant.

To remove uncertainty in this regard, the CCI withdrew the exemption so that foreign-to-foreign transactions satisfying the standard assets and turnover thresholds under the Competition Act, and not covered by any of the other exemptions, will have to be notified, even if there is no local nexus and effects on markets in India; however, the absence of a local nexus and effects should expedite the review and clearance process by the CCI.

Are there also rules on foreign investment, special sectors or other relevant approvals?

There are currently no other special rules under the Competition Act governing merger control review for foreign investment or specific sectors such as telecoms, electricity, pharmaceuticals, media, oil and natural gas.

In addition, there are non-competition regulatory approvals, which may be required, depending on the sector in which the investment is being made.

Following an amendment to the Insolvency and Bankruptcy Code 2016, it has been made clear that where a transaction covered by the corporate insolvency resolution process (CIRP) has to be notified to the CCI, approval by the CCI is required before a resolution plan is approved by the committee of creditors (although a recent judgement by the National Company Law Appellate Tribunal has indicated that this amendment is ‘directory and not mandatory’). The CIRP is limited to 180 days, which may be extended up to a further 90 days in certain cases. To meet this tight deadline, a bidder should notify a transaction to the CCI as early as possible.