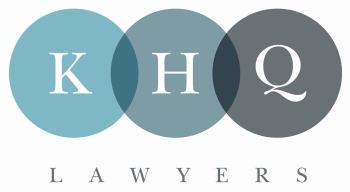 In a judgment delivered on 24 May 2019, Davies J found that the following marks used by Senses Direct infringed Sensis’s own registered trade marks for the plain word ‘SENSIS’:

Justice Davies found that the SENSES DIRECT marks are deceptively similar to the SENSIS marks and so closely resemble the SENSIS marks that they are likely to cause confusion. In reaching this conclusion, Davies J found:

When the honest concurrent use defence is to be assessed

Senses Direct argued that if it had infringed Sensis’s marks, it had an available defence to infringement under section 122(1)(fa) of the Trade Marks Act 1995 on the basis that Senses Direct would obtain registration of the SENSES DIRECT marks by showing honest concurrent use.

The parties submitted differing arguments regarding at what point in time the defence is to be assessed.

Justice Davies held that the section 122(1)(fa) defence (and the issue of whether SENSES DIRECT could show honest concurrent use) is to be assessed as at the date of the alleged infringing conduct. For Senses Direct, this was when the SENSES DIRECT marks were first used in May 2013. This confirms the position expressed by the Full Court in obiter in the decision in Anchorage Capital Partners Pty Ltd v ACPA Pty Ltd (2018) 259 FCR 514.

This meant that Senses Direct’s defence failed as they could not show honest concurrent use of the SENSES DIRECT marks at the date of the alleged infringing conduct in May 2013.

Sensis also argued that if Senses Direct were able to show honest concurrent use that this defence should not apply on the basis that the SENSIS marks had already acquired a reputation in Australia such that the use of the SENSES DIRECT marks would be likely to deceive or cause confusion pursuant to section 60. Upon the evidence, Davies J did not find that Sensis had acquired a reputation in the SENSIS marks with respect to advertising and marketing services more generally by the time of Senses Direct’s first use of their marks. Sensis’ reputation at that time was limited to its directory services.

However, it was ultimately irrelevant that Sensis could not show the reputation, as Davies J had already found Senses Direct had infringed the SENSIS marks and had no defence to such infringement.

Justice Davies also made it clear that if Sensis had not been able to show use of the specific services during the non-use period that the public interest would favour the exercise of the discretion not to remove the proposed services from the specifications for the Sensis marks.