In a historic first, today’s draw issued 27,332 invitations to apply (ITA) to candidates with a minimum Comprehensive Ranking System (CRS) score of 75 - the lowest CRS requirement and the largest ITA ever recorded in a single CEC draw.

The third CEC draw of 2021 saw the CRS score decrease by a whopping 379 points compared to the previous CEC draw held on January 21th, 2021.

The CEC is among the three programs managed under Canada's Express Entry system. The program is for skilled workers who have Canadian work experience and want to become permanent residents.

IRCC applied its tie-breaking rule with the timestamp of September 12, 2020, at 15:31:40 UTC. This means that if more than one eligible candidate had the minimum CRS score, only those who submitted their Express Entry profiles before this date and time received invitations. 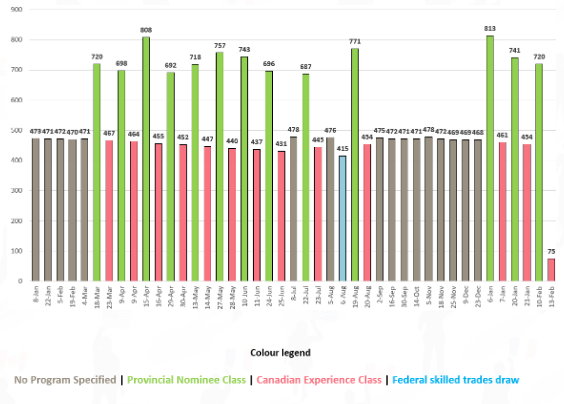