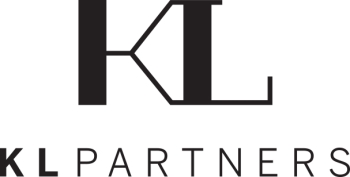 There is currently no law or regulation that expressly prohibits or specifically regulates third-party funding.

Korean courts have not expressly shown their attitude in regard to this issue and have not endorsed such funding. According to article 6 of the Trust Act, third-party funding must be arranged or structured in such a manner that does not constitute an entrustment of a lawsuit. In addition, under article 34(1) of the Attorney-at-Law Act, non-attorneys are prohibited from introducing, referring or enticing a party to a case to a specific attorney in exchange for money or other benefits, and under article 34(5) of the Attorney-at-Law Act, no fees and other profits earned through services that may only be provided only by attorneys-at-law shall be shared with any person who is not an attorney-at-law.

At this point, without further legislative changes, we expect Korean courts to take a conservative approach in regard to third-party funding.

While there have been active introductions and related discussions regarding this topic, it appears that third-party litigation funding is yet to be commonly used to date.

No. There is no specific limitation on the fees and interest a third-party funder may charge. However, a funding arrangement will still be subject to the Interest Limitation Act. Under the Interest Limitation Act, the amount of money that the funder receives from the successful party other than the principal amount will be counted as ‘interest’. Pursuant to the Act, statutory interest as of 2018 is capped at 24 per cent per annum, and any amount exceeding such rate is null and void. In this regard, any amount of money that a creditor receives in connection with a loan, including a deposit, rebate, fees, deduction or advance interest is deemed as interest for the purpose of applying the statutory interest rate ceiling.

No. However, depending on how the third-party funding is arranged or structured, it may be limited based on the restrictions set forth under the Trust Act or the Attorney-at-Law Act (see question 1).

Under the Attorney’s Code of Ethics, attorneys are prevented from ‘stirring up litigation’, either by directly encouraging potential clients or by indirectly permitting a third party to do so. In consideration of such rule, lawyers will need to take a careful stance on introducing or advising clients in relation to third-party litigation funding.

This remains uncertain, however, in view of the current stance of the Attorney-at-Law Act, third-party funders will be restricted in insisting on their choice of counsel (see question 1).

In principle, all civil case hearings are open to the public, unless the court determines that a public hearing is detrimental to national security or public policy.

In terms of being able to participate in hearings or court-administered settlement proceedings, generally, a third-party funder would not be permitted to participate because of a lack of adequate legal interest as required by law.

In the case of arbitration, third-party funders may be able to participate with mutual consent of the parties and permissions from tribunals.

While it may vary depending on terms and conditions of relevant funding contracts, we do not expect that the funders should have veto rights.

The right to terminate funding would be governed by the relevant provisions of the funding contract.

In principle, assuming that the funding arrangement is in compliance with relevant law, the funder’s role should be limited to funding the cost of the litigation or arbitration. For the same reasons, funders are not expected or required to take any active role in the litigation process.

In regard to criminal cases, the Supreme Court of Korea recently held that contingency fee arrangements are not permissible.

For litigants with limited resources to pay for the costs of a lawsuit, the court may grant litigation aid, either ex officio or upon request of the litigant.

No similar funding options are available for arbitration.

A commercial claim in a civil lawsuit will typically take between eight and 12 months at the first instance, from the filing of a complaint to judgment.

In case of arbitration, although it may vary depending on the nature of the case and the administering institution, it generally takes approximately 12 to 16 months for an arbitration award to be rendered.

Overall, less than 10 per cent of first-instance judgments are appealed. However, in cases heard before three-judge panels (ie, cases with claim amounts over 200 million won), the appeal rate is over 40 per cent.

Appeals usually take between six months to one year, but an appeal may take longer depending on the nature and complexity of the case. There is no appeal process for arbitration in Korea.

Although no official data is available, contentious enforcement proceedings are quite common in civil cases.

Class actions are not permitted, except in limited cases based on the type of claim. These are claims for certain types of securities-related damages under the Securities Related Class Action Act; and class action suits against an enterprise that has committed an act causing potential or actual harm to the consumers’ right to life, body or property, and to seek injunctive relief under the Consumer Basic Law. The Korean government recently announced that it would expand scope of class actions under relevant laws in order to more fully protect consumers and introduce necessary measures including new legislations and amendments to existing laws.

In addition, if the rights or liabilities forming the object of a lawsuit are common to many persons or are generated by the same factual or legal causes, such persons may join in the lawsuit as co-litigants under the Civil Procedure Act of Korea. However, only those participating in the lawsuit would be subject to the outcome of the case.

There is law or regulation that regulates third-party funding for class actions or group actions, and thus, such arrangements will be subject to the same general restrictions under Korean law.

Can a third-party litigation funder be held liable for adversecosts?

Adverse costs are likely to be ordered against the unsuccessful party to the litigation (or arbitration) rather than the third-party funder.

May the courts order a claimant or a third party to provide security for costs?

Generally, no. However, if the claimant has no domicile or place of business in Korea, or it is clear that there is no basis for the claim based on the submissions, the courts will order security for costs upon a request by the respondent, pursuant to article 117 of the Civil Procedure Act of Korea.

Whether there is a need for security is not determined based on whether the claim is funded or not.

While there is no precedent or case that has been reported, we do not believe this would influence the court’s decisions.

Insurance for attorney’s fees and insurance for non-payment of a judgment debt by the defendant is not legally prohibited under Korean law. However, any insurance contract that insures an event that has already occurred and is already recognised by the contracting parties and the insured party is null and void pursuant to article 644 of the Korean Commercial Code. The Supreme Court of Korea has ruled that an insurance event must be uncertain at the time of entering into the insurance contract and that any insurance contract in violation of article 644 of the Korean Commercial Code shall be null and void.

Insurance for attorneys’ fees are offered by some insurers, but, in general, insurance related to litigation and legal disputes are not common in Korea.

Korea does not recognise attorney-client privilege as commonly understood and practised in common law jurisdictions. Rather, Korean laws (ie, the Civil Procedure Act and the Attorney-at-Law Act) only impose obligations on attorneys to not disclose information obtained in the course of performing his or her duties as an attorney and that is secret or confidential (ie, non-public information), unless otherwise exempted. This includes the work-product of the attorney prepared for his or her client.

In a Supreme Court case (Supreme Court Judgment 2013Da28728 dated 24 July 2014) involving a dispute between litigants and their funder, the funder (the management company of an apartment complex) entered into a funding agreement with the litigants (the representative body of apartment residents) by agreeing to pay litigation costs on behalf of the litigants in return for the prospective rights of repair works, authorisation to select contractors and guarantee to renew management contracts for the apartment complex in case of a successful outcome in the litigation. After the litigation was settled, a subsequent dispute arose between the litigants and the funder. The court held that the funder’s role of financing the litigation costs, de facto retaining lawyers and managing claims constituted ‘representation’ under article 109(1) of the Attorney-at-law Act, and therefore, the funding agreement was declared null and void.

In the above case, the Supreme Court of Korea interpreted ‘representation’ in article 109(1) of the Attorney-at-law Act very broadly, which may reflect a conservative approach of the Korean judiciary towards third-party funding in Korea.

Not at this point in time. However, this issue should be revisited when legislation and regulations regarding litigation funding are introduced.