Aircraft repossession and enforcement of security in Slovenia 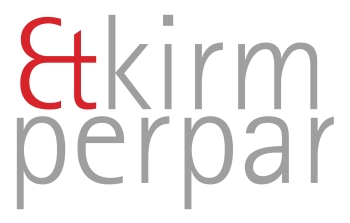 Repossession is achieved in practice by sending a written notice to the lessee to return the aircraft to the lessor’s possession. If the lessee refuses to return the aircraft, judicial intervention will be required. In practice, however, it is quite common that lease agreements determine the unilateral right of the lessor to take possession of the subject of the lease in case of contract violation without judicial intervention.

The exercise of such a right could be legally disputed by the lessee. The lessee could seek judicial protection to protect him or her from interference in his or her possession of the subject of the lease. If this were to happen, the lessor would have to file a separate lawsuit that aims to protect ownership (the lessor will have to claim that he or she is entitled to possession of the aircraft on the basis of ownership or other similar right). Both proceedings shall run in parallel. The rule is that the decision in the proceeding commenced by the lessor’s lawsuit (based on the protection of ownership) shall prevail over the decision in the proceeding commenced by the lessee’s lawsuit (based on the protection of possession).

Each party (lessor or lessee) may, prior to or during the court proceeding, seek from the court an interim injunction to temporarily decide on the rights and duties of parties with regard to the possession of the subject of the lease.

Outline the basic measures to enforce a security interest. How may the owner lawfully impede the mortgagee’s right to enforce?

The repayment of a mortgage on an aircraft is usually made on the basis of a judicial sale of the aircraft. ZOSRL also allows the creditor to repay his or her claim in the event of non-payment of the claim by exploiting the aircraft, if such an option is stipulated in the contract.

Which liens and rights will have priority over aircraft ownership or an aircraft security interest? If an aircraft can be taken, seized or detained, is any form of compensation available to an owner or mortgagee?

The aviation regulations do not determine the possibility of seizure of aircrafts. ZLet only provides that an official of the CAA is entitled to seal the aircraft or device if he or she finds irregularities that could endanger the safety of air traffic.

How are judgments of foreign courts enforced? Is your jurisdiction party to the 1958 New York Convention?

For other foreign judgments issued in jurisdictions with which Slovenia did not conclude any treaty, enforcement will be done in accordance with the general rules that are determined in the Private International Law and Procedure Act. Regarding the provisions of this Act, foreign court decisions are equal to the decisions issued by the court in Slovenia and have the same legal effect in Slovenia as a domestic court decision, only if they have been recognised by a Slovenian court. The person filing for enforcement has to supplement the request with the original foreign court decision or an authenticated copy thereof, a certificate, issued by the competent foreign court or other body stating that the decision is final under the law of the country in which it was issued and a certificate of enforceability of the decision under the law of the country in which it was issued. The Act also contains provisions that determine grounds, based on which the Slovenian courts have to refuse the enforcement of the foreign judgment. Inter alia, these grounds are: the subject matter is within the exclusive jurisdiction of the court or other body in Slovenia, if the court or another body of Slovenia has issued on the same matter a legally binding decision, or if some other foreign decision on the same matter has been enforced in Slovenia, if the effect of the enforcement would be contrary to the public order of Slovenia or if mutuality does not exist.

Slovenia is a party to the New York Convention of 1958, whereby on the basis of reciprocity, it applies the Convention only to the recognition and enforcement of those arbitration awards issued in the territory of any other contracting state.