The new leadership of the European Commission has officially assumed office yesterday, Sunday, 1 December 2019, for a five-year term. The newly assembled College of Commissioners obtained a comfortable majority in an approval vote in the European Parliament plenary session on Wednesday, 27 November 2019. With a view to the major challenges currently facing the EU and the international system, incoming European Commission President Ursula von der Leyen has set out the following three focus areas for the EU’s executive in 2019-2024:

The European Commission is currently finalising its Work Programme – a list of its planned legislative and policy initiatives to be proposed in the next five years - which is expected to be announced in the coming weeks. The Work Programme will contain a number of ambitious and far-reaching legislative and policy proposals that will affect companies in different sectors.

The new Commission President framed the matter of environment and sustainability as the 'greatest challenge and opportunity of our time', making it the key priority of the upcoming five-year legislature.

Importantly, Von der Leyen has announced that, within her first 100 days in office (i.e. in Q1/2020), she will put forward a legislative proposal on a 'European Green Deal', notably including the first European Climate Law setting out the EU's commitment to become climate-neutral by 2050. This would encompass major investments, a 'redesign' of the economy, and a modernised European industrial strategy, thus heavily impacting businesses operating across the EU.

Demanding that “Carbon emissions must have a price” and that “every person and every sector will have to contribute”, von der Leyen made clear that her Commission, by 2021, will compile a comprehensive plan to increase the EU's carbon emissions reduction target to 55% by 2030, thus going well beyond the current 40% goal. Von der Leyen announced a proposal to extend the Emission Trading System to include the maritime sector, traffic and construction, and, successively, to reduce the free allowances granted to airlines.

Other key ambitions of the new Commission in this field include:

As the first (symbolic) act in her new role, by means of underlining the Commission’s commitment to the Green Deal, President von der Leyen is attending the UN Climate Conference in Madrid today, Monday, 2 December 2019.

'A Europe fit for the digital age' - Technology and digitalisation

The arguably most notable announcement of the Commission President for the field of digital policy is the commitment to propose binding legislation related to Artificial Intelligence (AI) within the first 100 days in office (i.e. in Q1/2020). What von der Leyen envisages concretely is putting forward a "coordinated European approach on the human and ethical implications" of AI in a broad range of sectors, including rules on the use of big data.

The Commission's declared 2019-2024 policy and regulatory priorities in the field of digital include:

New policy priorities and power structures and their impact on industry

In her speech to Parliament on the occasion of the approval vote of the new Commission, President von der Leyen provided her view on what the planned re-prioritisation of EU policy and regulation may mean from the industry perspective:

“We should harness this transformative power of the twin digital and climate transition to strengthen our own industrial base and innovation potential.”

In addition to bringing about a substantial realignment of the EU’s policy and regulatory priorities in the medium term, the transition of power from the previous Commission leadership under former President Jean-Claude Juncker to the new team of 26 Commissioners under President von der Leyen (the UK Government, in anticipation of Brexit taking place by the end of 2019, decided not to put forward a Commissioner) is taking place against the background of fundamental political and institutional changes at the EU level.

The arduous discussions about the nominations for the EU institutional top jobs, first amongst the EU Member States (Council), and later between the Council and Parliament, have uncovered grave frictions. The fact that the disagreement of Parliament with some of the initial candidates for Commissioner delayed the Commission’s assumption of office by one month further added to these tensions. As a result of all these developments, the EU policy and decision-making process over the next five years is expected to be more complex, less predictable, and may frequently take longer than before. Consequently, it will be more difficult for external stakeholders to have their interests effectively represented.

The table below provides an overview of the new College of Commissioners and related Commission departments. 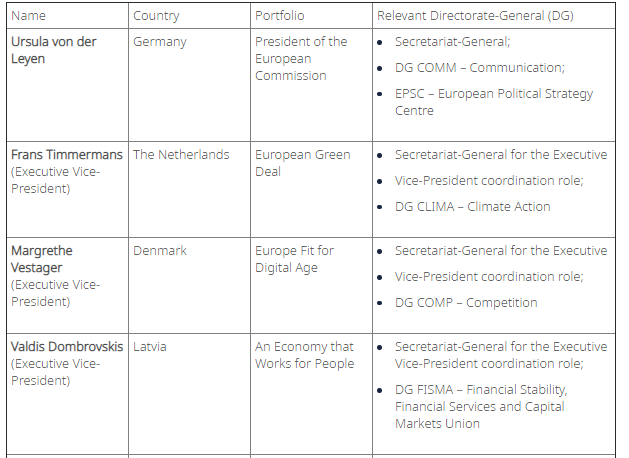 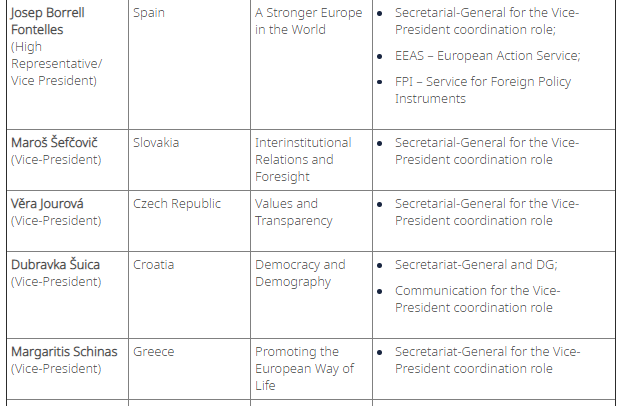 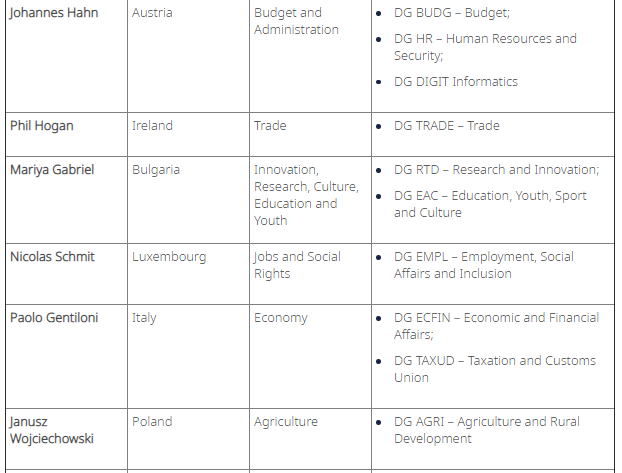 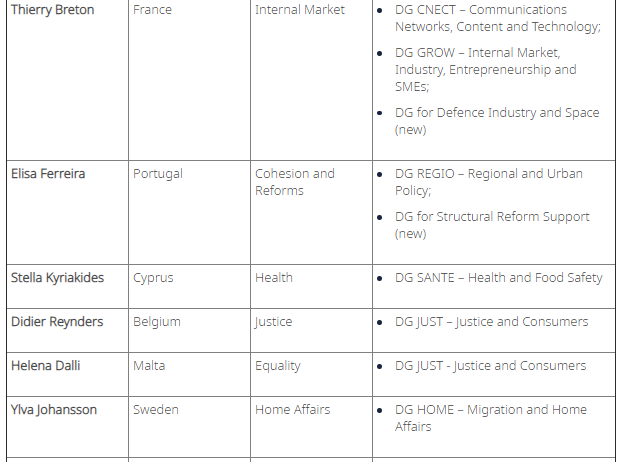 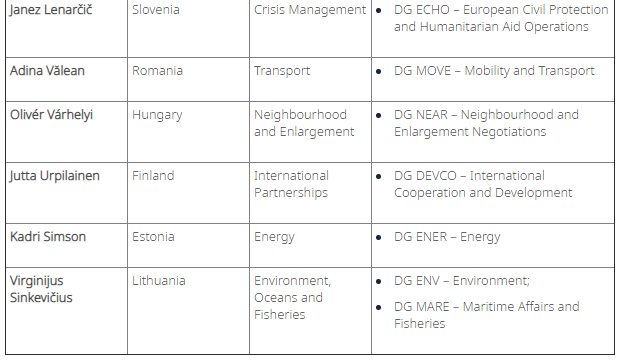