Is it Time for a ‘Special Leave Policy’ to Protect & Improve Employee Relations? 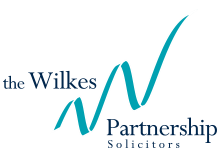 As the number of employment claims made in tribunals continues to rise since the abolition of employment tribunal fees in July 2017, companies need to be more wary of creating an environment which is not only great to work in, but anticipates and understands the way that the world is changing. This is not simply a case of updating the employee handbook, but one of developing policies and reviewing contracts that commit to ink the intentions a company has towards equality and acceptance.

Every year, it seems that there are cases and laws being made to bring the UK closer to accommodating different branches of culture and sub-cultures.

With this ever changing social climate, forward thinking employers have an opportunity to anticipate legal change and create policies to place themselves ahead of other employers. By creating a ‘special leave policy’ they can accommodate the needs of those cultures which have not yet been considered by legislation, and anticipate those that soon will.

This will not only protect the employer by ensuring there is a formal method in place to fight against discrimination claims (s16(2) Equality Act (EQA) if an employer treats an employee less favourably in relation to absence for gender reassignment than it would for any other sickness absence) but make a major statement about how inclusive a workforce they want to create, giving protections to those who may have felt vulnerable before.

A ‘special leave policy’ that does cater for this could be flexible and up for regular debate in the HR department and then taken to the boardroom. Suggested inclusions could be death of a relative, serious ill health of a relative, domestic emergency, public duties, volunteering, mentoring, infertility treatment, gender reassignment, elective surgery (caution underlying mental health issues) or death of a family pet.

Many of these are allowed by employers, but it is very uncommon that anything is written into a formal policy. For instance, there is no right in law to take paid time off for jury service or medical appointments. Even when taking time off for these regular occurrences, employers and employees can be left in a vulnerable position, and one which is undesirable in today’s climate of rising employment litigation in tribunals.

We are living in an exciting time for social change, and employment law is moving to catch up, but as with any legislation it can be a slow process. If employers wait for this to happen then they could be leaving themselves behind. Yes, they may have the letter of law on their side, but the reputational damage that could be done is irreparable. This is why employers need to be forward thinking and accommodate for change before it happens.

If employers do this it is not just a legal or reputational defence, it is an opportunity to grow and retain good talent. And for employees, developing this sort of policy encourages inclusivity and an open forum to be able to make requests for time off that previously they would have shied away from or felt they couldn’t ask for. In this current climate, that is important for everyone concerned.